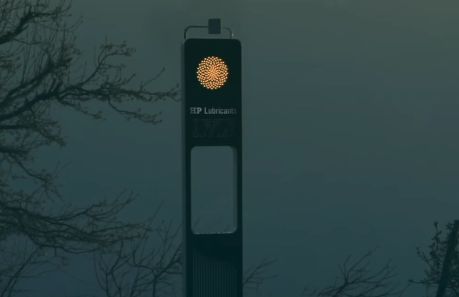 HP Lubricants and Leo Burnett India have recently implemented a new innovation: the world’s first anti-collision vehicle management system. The technology, that has been conceptualised, designed and executed by Leo Burnett India, is named #RoadsThatHonk, and is aimed at safer highways across Indian roads. To amplify this initiative, a film showcasing the system in action has just been launched today.

The project was launched on NH1 in North India, along the Jammu-Srinagar Highway. The road is notorious for hairpin bends that makes it one of the most dangerous highways in the world. #RoadsThatHonk is named for the installed SmartLife poles that use radar technology across dangerous bends, alerting speeding drivers to avoid collisions. The poles are installed at key intersections, and use an advanced networked device to combine wireless technology, radar systems, and an anti-collision warning system, all powered by solar PV modules.

HP Lubricants and the National Highways Authority of India (NHAI) plan to take this technology across major highways across the country.

Announcing the innovation, Rajdeepak Das, Chief Creative Officer, Leo Burnett, South Asia said, “Leo Burnett India has always believed in Humankind – we believe that creativity has the power to change and save human life.  #RoadsThatHonk is rooted in a fundamental human need. For the first time ever, we have innovated a unique technology that helps make even the most dangerous roads safer for every driver, thereby saving precious lives.”

The combination of communications infrastructure and technology provides a strong foundation and a way forward towards smarter and safer mobility. The technology adapted through #RoadsThatHonk is a vision for long term growth and evolution of a host of possibilities that will enable safer commute across cities.