How Leo Burnett and Corona Are Championing Emergent Mexico

From 2016’s classy dig at Trump’s wall to the heartfelt efforts in response to 2017’s earthquakes, the brand’s work stays true to its 'limitless' positioning, writes LBB’s Laura Swinton 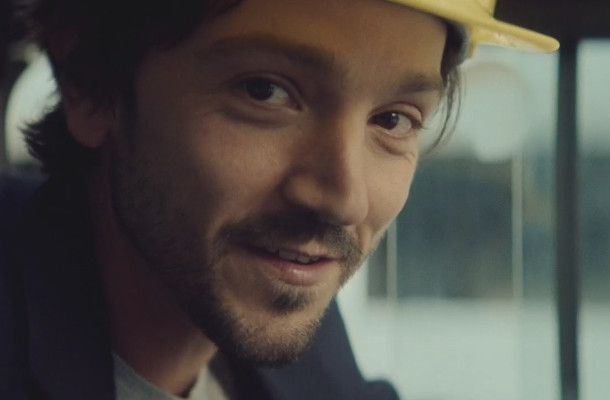 In Mexico, Corona is a big deal. A very big deal. Depending on which report you read, it’s one of (if not the) biggest brands in Mexico. And it’s certainly one of the most famous internationally. As such, it’s become something of symbol for a modern Mexico that’s ambitious, confident and worldly.

Juan-Pablo Camargo Villaseñor is VP of Strategic Planning at Leo Burnett Mexico and he’s been working with the brand since 2015, when he joined the agency. He’s been helping the brand really figure out its own positioning as well as its place in Mexican society and culture. From his perspective, Corona may have celebrated its 90th birthday just two years ago, but the brand is part of a confident new wave of Mexicans making a splash on the world stage – people like director Guillermo Del Toro, actor Gael Garcia Bernal and footballers playing for European teams like West Ham’s Javier Hernandez and Porto’s serendipitously named Jesús Manuel Corona Ruíz.

“’Emerging Mexico’ is a trend that’s really talked about now and what we like to say is that Corona was the first ‘emergent Mexican’. This beer brand went out to the world and conquered everything , making better beer than the Germans and Belgiums. It’s one of the best-selling beers in the world and all Coronas are made in Mexico, still,” says Juan Pablo.

This insight led to a huge repositioning project that coincided with Corona’s 90th birthday in 2015 and a slick birthday ad called 'Sin Fronteras' (without borders). The Desfronterizate – un-border yourself – strategy represents Corona as a confident and distinctly Mexican brand that isn’t limited by a low ambition or poor self-image. It also functions as a call to action for Mexicans.

Desfronterizate and Sin Fronteras also helped the brand to acknowledge its role and responsibilities as such a prominent part of the Mexican culture and economy. And, when Mexico became the target during Donald Trump’s 2016 US election campaign thanks to his pledge to build a wall along the US-Mexican border… well… ‘Sin Fronteras’ became eerily prescient.

Just two days before the American election, Leo Burnett Mexico dropped ‘The Wall’, a stylish spot starring Star Wars: Rogue One actor Diego Luna. It was an obvious and classy swipe at Trump’s proposed wall that opted not to attack the tangerine huckster, but to turn the wall into metaphor for the limits Mexicans place on themselves and the borders between people. “When they go low, we go high” indeed. And the whole thing fitted ‘Desfronterizate’ perfectly.

“I think the cool thing about ‘The Wall’ is that, while a lot of brands and politicians and whatever were trying to attack Trump, we tried to change the discourse. This crazy dude is trying to build a wall, but we have a lot of walls within us. It’s a big part of the discourse for Corona – don’t complain about external factors, take things into your own hands,” says Juan-Pablo. “It was a classy thing, we weren’t talking about him, we weren’t being opportunistic in talking about him, but let’s use to show Mexicans that first we need to overcome our own barriers and then we can worry about other external factors later.”

While the finished ad is a slick and effortlessly chic piece of film, behind the scenes the Leo Burnett team were rushing to get the spot finished in time. They (like many) didn’t think the Donald Trump would win the election, so they believed that the ad would only be relevant if it was released before the big vote.

The spot was well received domestically and internationally. It also helped the teams at Leo Burnett and Corona really figure out the brand’s tone of voice as well as getting a better handle on which issues it is and isn’t appropriate to talk about. And, as such a large presence in Mexican society, the brand also realised that it carried a certain responsibility to address certain topics.

“We really have an opinionated brand now, and The Wall was the first big piece that really helped us do that. The brief wasn’t like ‘let’s do something about the election and Trump’.  It was like… people were really worried in Mexico and here was a brand that could talk about this and has a responsibility to do so,” says Juan-Pablo. He also is full of praise for the brand team at Corona, who he says really pushed to be as brave as possible on the project. “The brand people and the ABI people really pushed everybody in the team to be brave. You don’t wait for testing, for political approval; it’s your responsibility as a brand to talk about it. Since the message is really well built we knew we could talk about it and it would make sense.”

Sadly, it would not be long until Corona and Leo Burnett Mexico would be faced with another serious issue that the brand would have to take a stand on. In September 2017, Mexico was struck by a series of huge earthquakes. The first epicentered near Chiapas State (8.1 magnitude), the second near Mexico City (7.1 magnitude), the third was in Oaxaca State (6.1 magnitude).

The brand and agency knew that, again a major Mexican brand Corona could not ignore the tragedy. It was their responsibility to act. “For us I think it was mandatory,” reflects Juan-Pablo. “It was not like ‘oh what are we going to do?’ It was: ‘you are the biggest brand in Mexico, how are you going to help this country that has given you everything?’”

As soon as the first quake struck, Corona rallied its resources and lent its trucks to the relief effort. This wasn’t a big brand effort or comms project, it was simply a brand using its resources and infrastructure to help – as many Mexican companies did. Juan-Pablo explains that the urge to help one’s neighbours following an earthquake is embedded in the Mexican DNA, and it’s just as true for businesses as it is for individuals.

The day after the second earthquake the Corona marketers and the Leo Burnett team assembled to figure out what their next steps should be. Emotions ran high as many people at the agency, including Juan-Pablo, were unsure as to whether their own homes were still standing. The team reacted ‘like a government agency’. The first communications project was a special edition of three million cans. These rebranded ‘Mexico Extra’ cans were sold to raise money for the rebuilding effort. They were emblazoned with the slogan “Siempre Hemos Podido” - “We Have Always Been Able”.

According to Hugo Rivapalacio, the Head of Accounts for Corona at Leo Burnett, the teams at the brand and agency wanted to do something bigger to celebrate the spirit of the Mexican people.

“The idea that they came up with was to create a song that would lift spirits of the country. “If we wanted the spirit of solidarity and unity to last, then a song would be the vehicle to communicate that, because a song lasts,” says Hugo.

This was, says Juan-Pablo, definitely not a jingle.

The song was unbranded and it was created by Grammy-winning producer Eduardo Cabra and up-and-coming brands La Banda Baston and Sotomayor. They deliberately chose not to work with superstars – non-mainstream, new-ish, exciting artists would chime more authentically with Corona’s desire to champion ‘emergent Mexico’.

The artists were given full rein. “We at the agency only briefed them that Corona wanted the spirit of helping and unity that was now in the streets, to last for a long time and that they wanted to say it in a song. And that was the only brief. We gave them total liberty in the song and in the lyrics. Five days after the earthquake they received this brief. They were locked down in a music studio for about two days and they came up with all the lyrics,” says Hugo.

The song was a hit – in four weeks it reached the top ten for radio plays in Mexico and media outlets were soon contacting the artists for interviews. And it was completely authentic to the brand and it’s ‘Desfronterizate’ philosophy. All throughout the brand’s efforts, agency and client were fastidious in their efforts to make sure that anything they did or said was appropriate and not simply opportunistic.

Juan-Pablo has found that the process has given him lots to think about when it comes to brands’ role in society. “I don’t know if brands are obligated to help society but in the case of Corona it’s one of the biggest [brands in Mexico] and that’s a big responsibility, but I think that brands should stop and think about how to make sense with everybody,” he says.

Both Trump’s pre-election (and post, come to think of it) attacks on Mexico and the earthquakes have helped the brand test, sharpen and refine their approach. They’ve also found themselves at the sharp end of what the ideals of emerging Mexico really mean – how can one remain confident and driven whilst facing and overcoming such challenges as international political attacks and natural disasters?

That being said, while the teams have a clearer idea of the brand’s voice and ‘path’, these lessons have not led to hard and fast rules for the future. By definition, this ‘sin fronteras’ brand, one whose ambitions for itself and its countries are without limits, would be unwise to hem itself in in such a way. Instead, its strategy is fluid and constantly evolving – and the agency and client are constantly engaged and in open conversation about where to push and where to experiment.

“‘The Wall’ was a good test for our positioning and brand ideal, to see if our brand was strong and we were in a position to talk about that issue. I think the earthquake was the same. I think it’s about being in a constant discussion about the brand strategy – for Corona it’s totally alive,” says Juan-Pablo. “It’s not the type of strategy where you have your brand ideals set in paper and you just work through that for three years. This is really an alive strategy.”