How Learning to Forget Leads to Better Strategy

The Influencers 534 Add to collection 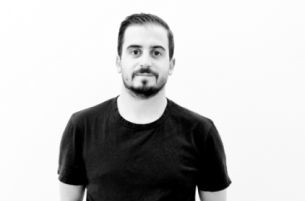 Starting in the 1920s and for three decades to follow, Russian neuropsychologist A.R. Luria studied a patient with a strange condition: he could not forget. The patient, nicknamed “S” in Dr. Luria’s research, was a mnemonist. He could recall lists, series of numbers, and other facts his brain had stored away decades before.

If creativity comes from putting things together in a way that has never been done before, one could also imagine that having an unlimited quiver of thoughts could lead to incredible creative output.

But to “S,” it was crippling. He couldn’t experience the world as non-mnemonists do. He couldn’t read a book without getting distracted by the associations his mind created with other things and his other senses. And while there were many useful things he was able to remember, there were a lot of things he wanted to forget.

The notion that too much information can be a bad thing is not a new one. Management books warn organisations of analysis paralysis.

Non-forgetting has invaded our social lives as well, stoking a clinical condition sometimes referred to as FOMO (fear of missing out). The Internet is, after all, the ultimate mnemonist. She relays her memories to you whether you want to see them or not.

She remembers that your friend is on a Thai vacation and finds a way to show you a photo of it while you’re walking between meetings.

She remembers your high school boyfriend and shows you what his baby looks like.

She remembers that you looked at a French press on Amazon, and asks you if you’re ready to buy it yet. No? Ok, she thinks, I’ll keep this in mind and remind you later.

Companies collect more data than they ever have, and less now than they will in the future. Our clients will continue to expect us to wade through qualitative, quantitative, sales, site analytics, social sentiment, and more. And that’s just the proprietary research.

Having this richness of information at our disposal gives us the tools to make the right decisions, but a desire to make every decision fully data-backed can lead to waffling and weighing until, like “S,” the volume of our options cripples us into confused non-decision.

That’s where strategy comes in. As founding father of corporate strategy Michael Porter said, “Strategy is about making choices, trade-offs; it's about deliberately choosing to be different.” It’s about weeding through and forgetting all the clutter, finding that tiny seed of an idea and feeding it water.

Here are four simple things we can do to better forget:

Stick to a beginner’s process. Beginners approach new things without bias and without fear. Coming in with little knowledge about a brand, industry or target can be a strategist’s biggest asset. When you do know something, follow the process you would follow if you knew nothing.

Socialise your work with partners outside of your department early on. Boil your idea down to an essence that you can describe in the hallway between meetings. If the idea doesn’t strike a chord with your colleagues, forget it and keep moving.

Believe it. If you doubt your story, your clients won’t believe it, and your creatives definitely won’t believe it. Having conviction in your strategy simplifies the creative process. As our CCO Pete Favat always says, “Make the box smaller.”

Look to history. The first few ideas that come to mind have probably been done before. That means it won’t be groundbreaking because people have already seen them. Hence, by gaining deep knowledge of your brand’s history and industry, you can avoid repeating the past and instead, move into more unique, and sometimes uncomfortable territory.

By getting to a sharper articulation of where we want to send our creatives, our work becomes dramatically more effective. The key is reducing the clutter and giving people one powerful thing they’ll remember. 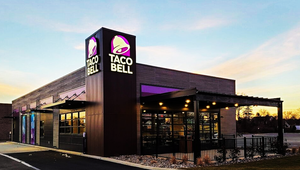