How KLM Found Its Sound in the Dutch National Anthem

Trends and Insight 680 1 Add to collection 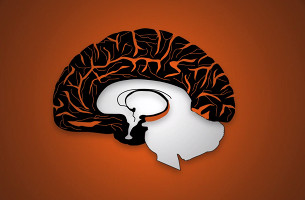 KLM – or Koninklijke Luchtvaart Maatschappij if you’re not into the whole brevity thing – is as Dutch as tulips, clogs and hardcore EDM. So when MassiveMusic were approached by the airline to develop their sonic branding, the team faced a bit of a conundrum. How could they create an auditory logo that embraced the brand’s heritage while resonating with travellers from all over the world?

The brief was to create a piece of sonic branding that the airline would be able to use across all of its touch points, from TV commercials to call centres, inflight entertainment systems to radio ads. Something simple and easy to recall and yet which could be elaborated and developed into richer, fuller content when required. “They create so much content and it’s all so different with different audiences in mind so they didn’t want to go for a specific genre; rather they wanted to leave room for creativity to fit the purpose of content,” explains MassiveMusic’s Michiel Cremers

The team, led by Michiel, decided to dive deep. They painstakingly researched KLM’s history in the hope of finding nuggets of inspiration. They also turned to the annals of The Netherland’s musical history, trying to figure out what foundations this genreless yet iconic branding might be built on.

It soon became apparent that though the Dutch identity was important to KLM and would, in some way, figure in the creative process, the team would have to steer clear of anything too literal. “In terms of music we chose not to go down the ethnic route because it’s not international and it’s hard to pinpoint ‘Dutch’ music in the same way that you can with Indian or Celtic sounds,” recalls Michiel. “We found that there are some old Dutch instruments but it sounded too cartoonesque.”

What they did find was a more subtle way to allude to the brand’s roots which would not restrict the sound logo’s ability to transcend context. “We dove deep and what we did find was in the Dutch national anthem and other pieces of music from that era there are some harmonies that are typically Dutch and distinctive.”

But nailing the four note melody was only half the battle. Production and sound design for the ‘logo’ element of the branding also required a lot of thought. For example, while sonic branding has proliferated over the past few years, encouraged, no doubt, by the success of Coca-Cola’s ubiquitous ditty, many brands stick to piano sounds or electronic ‘plonks’. In KLM’s case, the team decided to buck this trend and use a human voice – which worked both as a point of distinction and a means of conveying the brand’s archetypally Dutch personality. “We used a female voice because KLM is a very human brand. I don’t know if you know many Dutch people but they’re direct, personable. If you ask a question, you get a response, there’s no distance between people,” Michiel explains.

After spending a year creating the perfect sound, the team were keen that their efforts should not go to waste. So they created a set of guidelines and worked closely with the airline to ensure that the newly composed melody would be present across every possible audio platform and touch point.

“The roll out phase is very important. After delivery we issue guidelines but then the organisation needs to make sure it’s used everywhere: in the airport lounge, in the plane, in the call centre. We help them with internal PR,” says Michiel. What’s more, KLM’s staff were invited to a huge party in Amsterdam’s famous Trouw nightclub to help them celebrate – and immerse themselves – in the airline’s new sonic brand.

In the coming year MassiveMusic is looking forward to more musical collaborations with KLM, all of which have the sonic branding at the centre. They’re working to compose music to be played through speakers which will create different moods for different stages in a flight from boarding to landing. They’ll also be working with some of KLM’s more musical brand partners like Armin Van Buuren (who else?) to create tracks inspired by the sound logo.

For Michiel, who set up MassiveMusic’s sonic branding wing six years ago, the possibilities and opportunities have grown exponentially, with more marketing departments coming round to the value of investing just as much thought and care into their audio branding as their visual branding. “I was in the car the other day and the radio was on. During the commercials I noticed so many brands had sonic branding and that wasn’t the case ten years ago. I think a lot of brands now know it’s an important tool for awareness but I’ve noticed they go quickly into executions instead of diving into the brands and making something distinct.”

For a lifelong musician like Michiel, it’s a dream come true. After all when you’ve just got a couple of seconds to play with – as opposed to a three minute pop song or a 90 minute symphony – you’re able to get into the nitty gritty details of music theory. “Of course there’s a lot of music theory involved. We all know that a major chord makes you happier than a minor chord but there’s so much more. What happens when a minor chord resolves into a major one?” says Michiel. For him the combination of a deep understanding of theory and a deep understanding of a brand’s values, goals and history are key to successful sonic branding. “I have been a musician my whole life. I cannot listen to music normally. I’m always unconsciously analysing but all the theory gives me more room for creativity. When you don’t dive into the brand and don’t do research then it’s broad, you can’t come up with something distinct.”