How Journalism Changed the World in The Times' 'Unquiet' Series 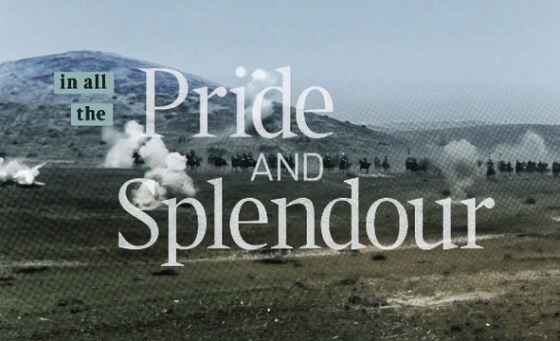 The Times and The Sunday Times have today released the next two instalments in The Unquiet Film Series – a collection of films celebrating the historical and cultural impact of the newspapers, crafted by some of the very best filmmakers through unprecedented access to 229 years of archive material.

The first of the new releases is told through the eyes of multi-award winning foreign correspondent Christina Lamb OBE and her restless desire to tell the stories from the world around us in Bringing The World To Britain.  Lamb won Young Journalist of the Year in 1988 when there were very few women in the field and began working in Pakistan and Afghanistan long before the world turned its attention to these areas, bringing back the real-life stories of family life in these countries.

This is followed by Cultural Impact, which delves into the influence The Times and The Sunday Times have had on popular culture, resonating beyond the story.  From Billy Russell redefining war journalism in 1854 and inspiring Tennyson’s famous poem Charge Of The Light Brigade to ex-editor William Rees-Mogg’s written words helping to free rock icons the Rolling Stones, criticising their jail sentence for possession of drugs in 1967.

The films are the fifth and sixth in the series and open to all online at ForeverUnquiet.co.uk with future films set for release in the series over the coming months.  The collection of films is the first time The Times (est. 1785) and The Sunday Times (est. 1822) have committed their stories to film and explores the values, beliefs and behaviours of past and present editors, journalists and readers.

Bringing the World to Britain

From director Liz Unna: “Through Christina’s story we learn how the paper has historically nurtured and supported foreign correspondents.  The overarching theme is of Christina as a bridge between worlds, for that’s what she does as a correspondent, bringing what might be inscrutable or alien back to the British public.”

“Christina’s unique perspective brings a woman’s critical eye to world events, too often missing from the discourse.  Still today, most foreign correspondents are men, and in many parts of the world they aren’t given access to interview women, thus missing out on a huge part of the story.  Her perspective is a little different (moving away from the focus of warfare, soldiers, weaponry) and includes women who are as much part of the story as the men.  Christina is the ultimate bridge between the heart of other cultures, and our own.”

From award-winning director Rob Blishen: “Cultural Impact examines how four Times' journalist's stories reflected the culture of their times, and affected that culture.  In each case the words of the journalists resonated beyond the news story itself, inspiring art, political change and mobilising public opinion.  The stories are also a journey through the history of The Times describing the arc from ink to digital by weaving archive material and audio interviews, with graphics and 3D animation, to visually join the different stories.”