With no enforced lockdowns in place and more people than ever consuming media, LBB’s Natasha Patel finds out how Japan’s agencies and production industry has responded to the coronavirus pandemic 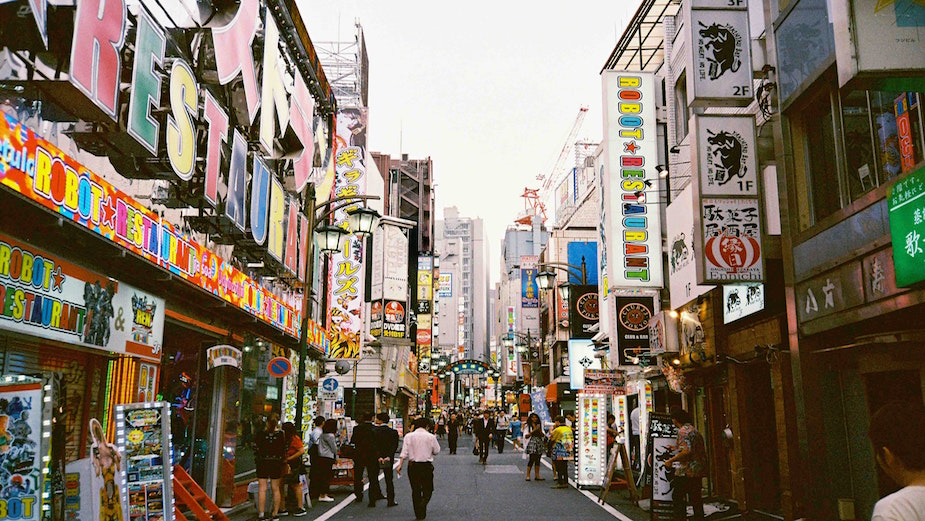 Japan is a country that has become used to reacting to sudden natural disasters. It has weathered many destructive storms and earthquakes, and in 2011 the country suffered the Fukushima crisis. Japan is world-renowned for its ‘disaster preparedness’, and there’s a culture of cooperation and awareness among the public.

This inspiring attitude coupled with the fact that the country cannot legally enforce the kind of full scale Covid-19 lockdown that we’ve seen elsewhere , and the small matter of the Olympics Games, means that the county’s response to the coronavirus pandemic has been unique. There have been fewer than 400 deaths in the country thus far and Prime Minister Shinzo Abe only declared a state of emergency on April 7th.

So with no official full lockdown, how have agencies and production companies responded? And, for brands trying to market, how can they gauge the mood of the nation?

Many production companies still finding ways to shoot, outside of Tokyo, so work is still being made. But when it comes to addressing consumers, McCann Japan’s executive planning director, Yoshi Matsuura reminds us that things are quite subtle and complex. “The mood in Japan is anxious at the moment. There is a growing state of anxiety”. The agency recently conducted a Mood of Japan survey which found that, despite the anxiety described by Yoshi, compared to the 2011 earthquake the country is feeling slight more optimistic. When residents were asked to describe themselves now compared to the 2011 disaster, a lot more positive words emerged with ‘freedom’, ‘healthy’ and ‘happiness’ in the top as opposed to the words of ‘anxiety’ and ‘patience’.  However, as people think about the broader context, the top three words to describe society now were ‘Covid-19’, ‘anxiety’ and ‘recession’.

Due to the nature of the country, UltraSuperNew’s co-founder Marc Wesseling echoes that there is no enforced lockdown with staying indoors deemed as voluntary. His co-founder, Tomo Murakami describes it as a ‘very loose lockdown’ adding that constitutionally a lockdown cannot be legally enforced in the country. Perhaps this view along with the Japanese history of overcoming natural disasters is why Masato Mitsudera, CEO of FACT, says locals don’t feel a sense of crisis at this stage.

Interestingly, not facing a sense of an urgent crisis may correlate to not feeling a sense of unity amongst communities. Across the western world, communities regularly joining forces on their doorsteps to applaud healthcare workers on the frontline, but this isn’t present in Japanese neighbourhoods. Yoshi suggest that it may be that it’s that the overall mood is neither optimistic nor pessimistic – but definitely realistic, “due to the Japanese people being exposed to so many natural disasters like the great earthquake and tsunami over the years, so people do not get over excited - or over worried about things”. Perhaps this attitude is reflected in the Mood of Japan survey with just under 37% of residents believing society’s response to Covid-19 was ‘over-reacting’ and only 29.5% believing it was ‘appropriate’.

Despite the rigid lockdowns that have been implemented in China and parts of Europe, agencies have, nonetheless, encouraged staff to work from home where possible.

As a country, Japan is notorious for long working hours – the culture of presenteeism had become so bad that in 2019 the government introduced new labour laws intended to limit overtime to 40 hours per month. It may be that the pandemic is just the dramatic, unilateral jolt needed to encourage employers and employees to explore and embrace different ways of working, as people are forced to work from home in the interest of safety. Yoshi explains that exploring new avenues of working from home has been eye-opening for residents. She adds: “Many were surprised that they can do meetings or even presentations, without a problem and they are saying that we should utilise working from home even after Covid-19”. This is backed up by the McCann Mood of Japan survey, which found that out of the one in four employees working from home, 46.6% found they have an improved work-life balance.

Tomo explains that around half of businesses, that can, are working remotely but believes there is an opportunity is great to test and push for technology.

On the other hand, despite the innovation and the speed at which people working in agencies have adapted, Masato also says that working from home in such a wholesale way can often make it harder to understand clients’ response to briefs. Not only are agencies seeing the possibilities of remote working, they’re also appreciating the importance of meeting and working in-person. Masato says that the experience has made him realise how important it is to be directly involved with people he works with.

In terms of production, Covid-19 has led to a slight rise in remote shooting. Takeshi Tsuji, director of ADK Creative One explains it’s only really happening in small, independent production houses. He adds that many companies still want to create campaigns using the more traditional approach, but like so much of the world Japan has seen a rise in self-shoot footage and archive data.

Masato sadly explains that several post-production houses have had to close down due to staff testing positive for coronavirus. But, for work that cannot be postponed there are shots taking place in ventilated and sanitisied conditions with the minimum number of staff. The Japanese Ad Contents Association has led voluntary regulations within the industry to prevent the spread of the virus. Takeshi explains that they have advised companies to halt, postpone of scale down shoots and productions that may cause risk. They have also reminded production teams that, even when the state of emergency is lifted, remote production could continue for a prolonged amount of time. Bearing all of this in mind Takeshi, like so many others, has decided to alter his team’s arrangements to cope with the current situation.

The team at Ultra Super New has adopted a somewhat different approach to remote production and navigating local restrictions. They have reached out to global freelancers to aid with the production timeline.

So, once the work has been made, how are people responding? Tomo at UltraSuperNew says that, with outdoor work, there’s been a notable fall in traction, “the unfortunate thing is that we delivered [an advertising] campaign but there aren’t enough people on the streets to see the ads so that’s the downside. The media was booked before this broke out and the emergency situation was announced”. McCann’s Yoshi believes that brands are also worried about facing criticism for doing too much marketing at this time but, the Mood of Japan survey reflects that actually people have a higher expectation towards brands (57.1%) than the government (53.2%) in combating the virus. A large proportion, 61.9%, believe that during this period, companies should not restrain their activities, a sentiment that grew as the age group increased.

While some brands are unsure about how to project themselves and many clients are trimming or re-evaluating their advertising budgets, Masato says that brands that have continued to spend will have seen the benefits of people staying at home and watching television. He adds: “Advertising has become more effective than ever. This applies to both mass and digital ads. The same budget is definitely reaching a lot more people, and there has been no better time to run ads. However, although the efficiency of advertising has gone up, many clients are at a loss, wondering what they should be communicating in times like this”.

ADK Creative One have decided to turn these negatives into a positive and started the STAY HOME Idea Bank Project, an initiative that collects ideas to meet the needs of consumers and businesses. Takeshi explains, “We have a hundred creatives who have formed teams to bring ideas together. The various challenges that are faced by society, daily life and businesses brought on by the Coronavirus are reviewed, and the ideas for possible solutions that creatives come up with are stocked in the Idea Bank.”. This idea stocking system is in place to make sure the company is always ready to provide proposals for solutions. He adds that creatives have a job to think about how to send messages and activations out into a world where lifestyles and health-related values have undergone major changes.

No exploration of the impact of Covid-19 on the Japanese ad industry would be complete without mentioning the Olympics. The games were due to take place in the summer and would have been a huge boost to the local economy as well as Prime Minister Shinzo Abe’s government – and so it wasn’t until March 24th that the games were officially postponed. It’s the biggest sporting event in the world, so it is surprising that McCann found that not many people are discussing the impact this has had on the economy. Yoshi says that contracts and conditions for brands are still under consideration but for people to shift their focus, “Covid-19 needs to be solved first”. Masato adds that besides all of the uncertainty, many brands are grateful that the International Olympic Committee decided to keep the name ‘Tokyo 2020’ so reprinting sponsorship logos will not be a costly problem. But the event was set to boost not just sponsored brands but also agencies working on cheeky guerilla marketing campaigns for non-sponsors too which has hit the industry in a significant way.

So what does the future look like for Japan? Agencies believe there will be a rise in hashtag-related campaigns to proactively engage with consumers while others believe that it will take time for companies to adapt if the effects of Coronavirus are long-lasting. Tomo suggests that while it may take some time to get back to normal speed, it may take even longer to adjust to new situations in a region famed for its precision and care.