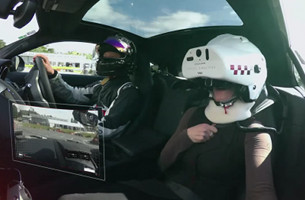 2015 has been the year of virtual reality in advertising and it’s been especially popular in the car sector. But for the launch of the latest Jaguar F-TYPE models, the team at Y&R New Zealand were keen to try something a little different. Actual reality. They rigged a fake VR experience at the Big Boys’ Toys Expo in New Zealand to prove that when it comes to exciting driving experiences, no simulation can beat the real thing. LBB’s Laura Swinton caught up with Y&R creative director Guy Denniston to find out about the reality-bending stunt.

LBB> What was the brief that Jaguar came to you with?

Jaguar’s flagship sports car, the F-TYPE, had new model variants coming out. Jaguar’s Marketing Manager, James McKee, gives us a reasonably open brief with this type of launch, effectively, “We’ve got new F-TYPEs coming, show me some ideas.” He picked three to send up the food chain to Jaguar’s regional head office in Singapore. Once the Actual Reality idea was approved we went guns blazing into production.

LBB> How did you reach the idea of the prank? Did you start out wanting to do a 'straight' VR experience or did the idea of playing a trick come up quite early on?

We’d been toying around with VR ideas for a while but we knew it had to be next level, somehow. Every month we’d see another VR demonstration which relied on the novelty of the technology to drive the engagement, rather than having a strong idea that connects to the brand. More often than not, it seemed the VR brand experiences were a great way to promote VR rather than the brands themselves. When the F-TYPE brief came in, we knew VR would pale in comparison to the real thing, so demonstrated exactly that.

LBB> I guess one of the clever things about the stunt is that it really makes people pay attention to 'the feel' of the drive more so than if it had just been a straight forward test drive - was this one of the key drivers (uh, pun not intended, but there you go) behind the strategy?

The thing about promoting a car like the F-TYPE is that you can’t really experience what it’s capable of on a regular test drive (unless you have a very permissive dealer). While we simply can’t give everyone a real hot lap, the next best thing isn’t emulating it virtually, it’s showing how great a Jaguar can make you feel, by capturing people’s genuine reactions to a drive. Of course, that’s a very dry proposition as a viewer, so we had to do it in an entertaining and interesting way… taking a bit of a pot shot at the technology du jour in the process.

LBB> Who did you work with to produce the 'VR' experience and what did they bring to the table?

Once we had the idea, production company 8com (director, Michael Humphrey), and Gyro provided the requisite know-how and can-do. Together they created a bespoke system that would mimic traditional VR but with the ability to play a pre-recorded video (more on that later) then switch to the live camera feed with a graphic HUD overlay. The main technical hurdle was finding a way to combine multiple feeds (pre-ride video and audio, live camera, live microphones and HUD) for an in-car system that won’t glitch under heavy G-forces and jolts - and that could be operated by the driver simply.

LBB> How did you make sure that the live video feed looked convincingly enough like a real VR experience?

In terms of quality, there isn’t much between them. The main difference between a pre-recorded 360 VR video and a live one is your viewpoint is fixed to the camera position in the former, but your head can move in space in the latter. We knew only people who have experienced a lot of VR would potentially pick up on that, but figured, if any went on the ‘ride’, the full sensory assault of being sped around in an F-TYPE would override their critical thinking.

As mentioned above, we also overlaid the live footage with a videogame-style HUD that was on an animated loop to help make it feel pre-recorded (we figured no one would have time to really notice the fake G-metre wasn’t corresponding to the actual movement.)

LBB> I know motion sickness can be a challenge with VR, and so I was wondering if that was an issue here with the crazy driving and sudden moves?

Motion sickness is a symptom of one issue with current VR technology - it’s not completely immersive, so when your body is not experiencing the same sensation as your brain the mixed signals cause some confusion... and chunk blowing. That and rotating your head around everywhere way more than you naturally would. None of our passengers complained of motion sickness and almost all asked if they could go for another ride.

LBB> What were the main challenges with the project and how did you overcome them?

In the lead-up to production, our biggest concern was that the prank-ees would beat us to the punchline - that the penny would drop before we had a chance to drop the clutch. We went to great lengths to disguise the actual experience and accentuate the virtual. The F-TYPE sat over a meter off the ground on a false, ‘6-axis, hydraulic platform’ with accompanying generator and hydraulic kit. We created a distraction video - each step of the F-TYPE’s transition to the track was choreographed to match the pre-ride video, so there was an in-video reason for the slight bumps and wobbles the passenger felt. And our (healthy) paranoia also drove us to give passengers a neck brace to prevent them from looking down and seeing their actual legs (where the footing for the 360 degree camera array should have been), also instructing them to grip the handrail and seat belt in order to keep their hands out of view.

We suspected that the passengers themselves wouldn’t have the time or technical knowledge to pick up on those tell-tale signs, but viewers on Facebook and YouTube would. So a lot of the ruse was developed for their benefit. We didn’t want to give them any reason to believe it wasn’t real. We also approached each of the passengers as they entered the expo’s front gate, to ensure they hadn’t seen the previous ride.

The passengers, as it turned out, were so convinced they’d just experienced next-level virtual reality that the main challenge turned out to be trying to convince them it wasn’t virtual. We ended up having to show a video of themselves leaving the stand before they believed us. So other than that, all we had to deal with was the usual time/money/doing-something-no-one’s-done-before issues.

LBB>What were your memories of the day itself - any highlights?

The nervous moment when the first passenger returned to the stand and took off the helmet. We were all wide-eyed and frozen with bated breath, waiting to see if they realised it was fake (or rather, real). As soon as we realised they had no idea what had really happened we were doing secret high fives. 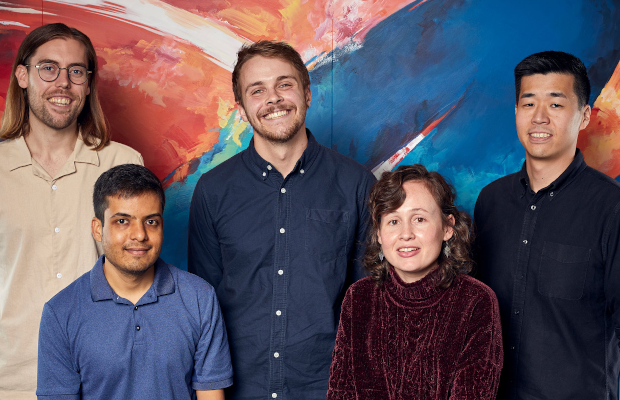 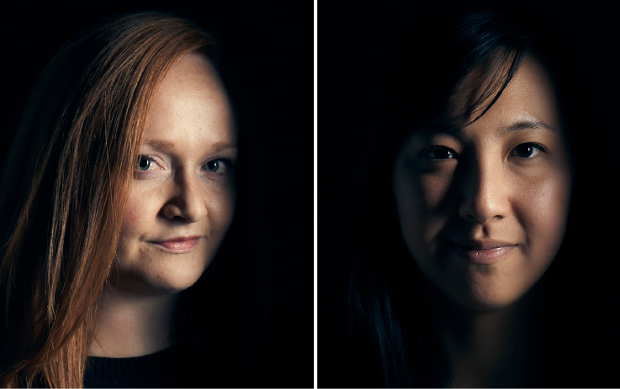 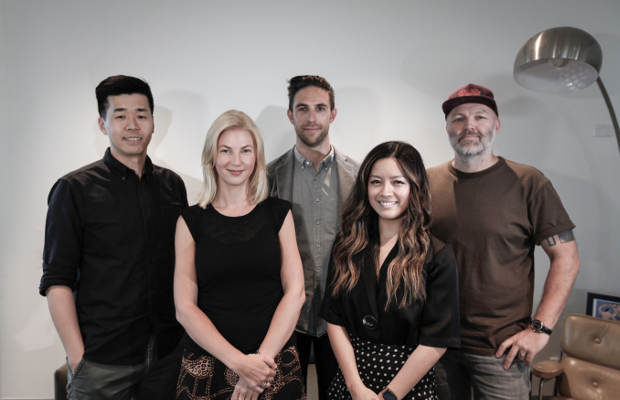 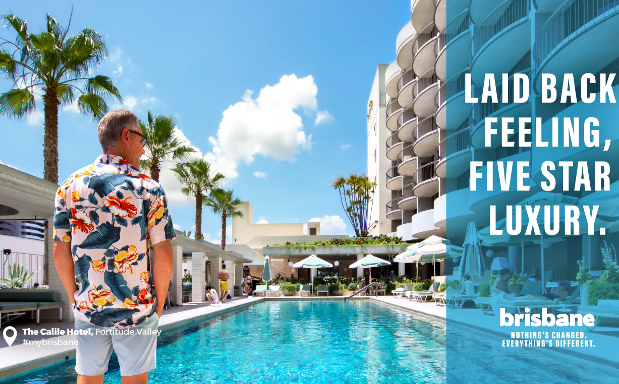 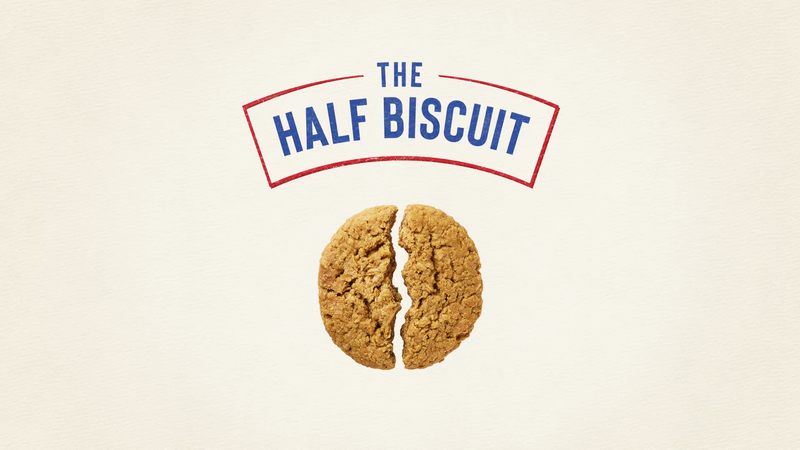 The Half Biscuit-support
View all Work