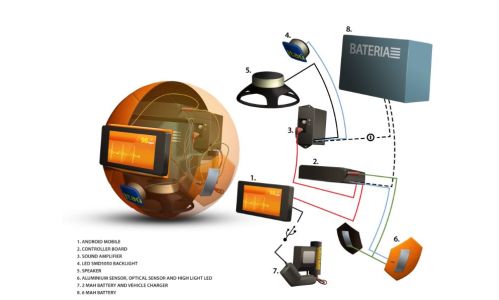 Created by Africa and Developed by Primo Comunicação, Itau Bank introduces the Heart Ball: a device which allowed people to donate heartbeats to the football national team.

The gadget was developed during two months to be one of the stars of the Itaú communication campaign for the 2014 FIFA World Cup.

Technology was one of the greatest highlights of the communication campaign for the World Cup FIFA. The ball captured the heartbeats of thousands of fans from different cities throughout the country and was taken to the Brazilian National Football Team.

To have their heartbeats 'donated' to the Brazilian squad, people would place their two hands on the device which captured their pulse through two optical sensors. Then the heartbeats were converted in cardiac frequency and reproduced according to its intensity by a speaker installed inside it.