Trends and Insight 163 Add to collection

Shamsuddin Jasani looks back on a decade of Isobar India and digital evolution – and forward to the opportunities created by the country’s connectivity boom, writes LBB’s Laura Swinton 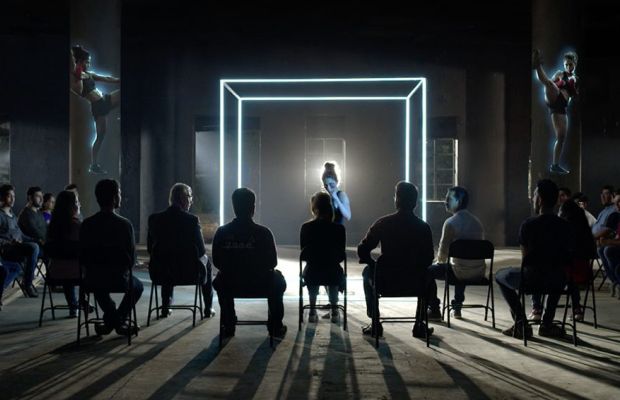 It was 2008 and the global financial crisis had truly taken hold. India, like the rest of the world, was staggering from the economic aftershocks. While it’s financial industry didn’t suffer quite so dramatically or immediately as other parts of the world, exports were down, jobs lost. and things were not exactly looking rosy.

On the other hand, the country was bang in the middle of a boom that saw its middle class explode from 300 million to 600 million between 2004 and 2012.

Amidst this contradictory and unsettled storm, Isobar India was born. Shamsuddin Jasani had spent the previous couple of years working at Hungama, then one of the biggest digital agencies in the country, but he was getting restless. He was considering starting his own shop when the opportunity from Dentsu to launch the Isobar brand into the market arose.

“It was always something I was looking forward to doing and the challenge I was looking to meet was to scale up a digital agency business, which pretty much I wouldn’t have been able to have done by myself. I could be an entrepreneur within a bigger system, which appealed to me,” he explains. He had a very particular vision for where he wanted to take Isobar in India. Just as his own background combined media and creative, he wanted to create a full-service digital agency. “That was the need of the industry back in 2008… I thought we would not separate digital and media and creative so much, and it would run really hand-in-hand. Our pitch to the clients back in 2008 was ‘let’s start off working on your behalf on all the digital things you can think of’. It was a very different idea.” 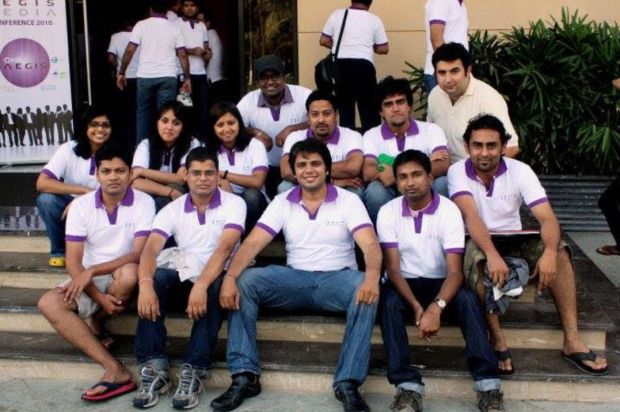 Above: Shams and the team during the early days

Despite a rocky start, thanks to the depressed international economy, the four founder members eventually found a situation that worked in their favour. It was a time when clients were still getting their heads around digital and the Isobar approach was pretty novel. Added to that, says Shams, there was a lot of disgruntled talent who were leaving their more traditional agencies in search of something new.

Things really kicked into gear when they won Reebok as a client. It’s a relationship that has stood the test of time and 11 years later they’re still tightly aligned. In that time both brands have grown together in the market. “Some of the greatest work, the most award-winning work we’ve done, is for Reebok. In fact, we won the Clio two years back for Reebok. It’s been a great journey with them,” says Shamsuddin. “Within the first couple of years, we did a few campaigns with them and that’s something that set us up. And from there we just went from strength to strength. And that’s where having a client who backs you and has been with you over the years really helps you.”

These days Isobar employs 200 people across its offices in across Gurgaon, Mumbai, Bangalore, Chennai and Pune, and its annual billing sits at around $150m. But it hasn’t just grown; it’s evolved. Since the days when a full-service digital shop was something of an unusual offering, new players have entered the market. What’s more, the line between the online and offline world has blurred to the point that describing oneself as a ‘digital’ agency is kind of quaint. “I would have described ourselves as a digital agency about three years back. I think that’s changed to what I call a media agency for the digital age. It’s a very oft repeated word but we truly live that because everything is digital now.”

While that might sound like a story familiar to any digitally native agency, the unique context of India’s digital landscape and the particular scale and pattern of connectivity across the country are also unique. With over 1.3 billion people living along a spectrum that runs from the highly educated and well-travelled urban elite to a rural populace still plagued with high levels of illiteracy. By the end of this year it is predicted that 627 million people will have access to the internet in India. – and that’s not even half the population. Most of that growth is happening in rural areas, and Shams says that in 2016 the cost of mobile data dropped dramatically. It represents an enormous marketing opportunity for brands and for agencies with a proven track record for handling huge digital projects. Isobar India are finding that they’re now often (though not always) taking the lead on big accounts that might have traditionally gone to media agencies.

“That is a new evolution to embark on. What that means is that a) digital has become a really big part of marketing. And b) that we have scaled up our operations in order to compete with other agencies beyond digital. Now there are a lot of clients who are coming to us to handle end to end for them. They are saying, ‘y,know, you just run our entire process.’ And hence we are the guys who lead the conversation and not the other way round.”

Another area pegged for growth is in the digital transformation space. Isobar isn’t unusual in this – across the world and across holding companies you’ll see agencies talking up the opportunity to move ‘up the food chain’, into the consultancy space. With Isobar India, Shams says this isn’t mere talk – they’re currently working with three clients, including a big banking brand and furniture brand looking to compete with online retailers by adopting a rental model for the non-homeowning population.

“I feel that’s really effective for clients, especially from an India perspective,” he says. “Of course, it doesn’t mean we do everything that a consultancy does. We have our strengths especially using experience design as a key ability and marrying it with the ability of understanding consumers and understanding how they behave through the work that we do as Isobar.”

Bringing together experience design and transformation, Isobar India hit the headlines with its work for the Ramada hotel chain. In one instance they created easy-to-install kits that would render hotel rooms more user-friendly for blind guests.

Above: An example of Isobar's award-winning work with Hotel Ramada

Indeed, as the world economy starts to take on a startlingly retro shape, evoking those 2007 jitters and slow downs that preceded the last global crash, Shams sees these new opportunities as a cause for optimism.

“I think it’s working well with clients and its new. I think, just like in 2008 when we were very gung ho about how we started, I am very gung ho about this. And I think for us in India when I look at this as a possibility, just like 2008 with the global financial crisis we are going through a little bit of a downturn. It means clients are looking to transform and they are looking for partners who can help them transform and I think it sets a good opportunity for us to be able to work with them.”

It’s not all gung ho exuberance, though, in India’s digital landscape. The industry has been casting a watchful eye over the data and social media debate unfolding in Europe and the US, where documentaries like The Great Hack and the development of tighter data privacy laws have made the issue a more mainstream concern among the public. According to Shamsuddin, the Indian ad industry and government have the opportunity to get ahead of the curve by learning from what’s going on elsewhere in the world.

“It’s become hygiene from our perspective. We have to be very clear that that’s something we have to take a stand on. And for me personally, I am working with various bodies to be able to push that agenda forward and make sure we have the right kind of data practices and brand safety. That’s another big challenge as well as data privacy - from a brand perspective they want to appear as a safe environment,” says Shamsuddin, who says that the local industry can be really effective at coming together across agency lines to address issues like this that affect them all.

The dark clouds of data privacy and economic slowdowns aside, Shamsuddin is full of optimism about the next decade of Isobar India. The current management are identifying and grooming the next generation of leadership. The focus in the next few years is likely to be in transformation and also experience design. A recent report has pegged India as overtaking Japan to become the world’s third largest economy by 2025 – and by that time McKinsey estimates that 700-900m people will have access to mobile internet. And while Shams reckons that the digital spend among clients has not kept pace with the growing internet penetration, it looks like there will be plenty to keep the team busy.

You can check out a selection of Isobar's award-winning work using the links below: