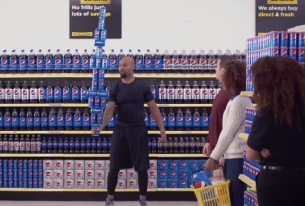 In advance of the Super Bowl, Mekanism has unveiled new digital creative work for Pepsi, featuring NFL Players Matt Forte and Nick Mangold on how they get “Hyped for Halftime” for the Pepsi Super Bowl XLIX Halftime Show with Katy Perry!

For the spots, the players were paired up with retail partners: Matt Forte & Dollar General and Nick Mangold & Walmart. The above long-form YouTube spots are also on Facebook, and “cut-ups” are available on Pepsi’s Vine brand channel.

Additional Vines will continue to go live throughout the coming days leading up to the big event.