Trends and Insight 453 Add to collection 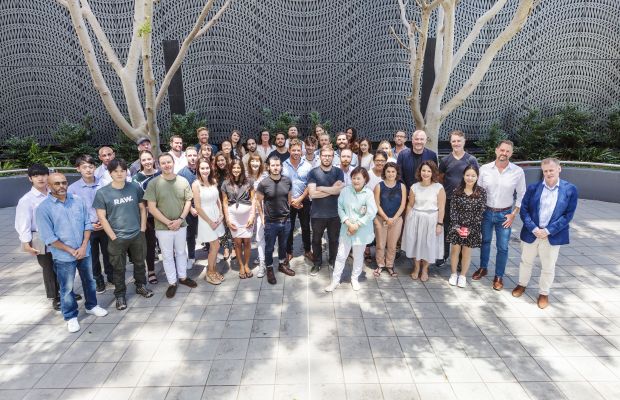 At the best of times, changing an agency isn’t easy. There’s always another plate to keep spinning, another client to keep happy. But when you need to change not just how an agency operates, but how it’s seen by clients and industry alike - that’s a serious challenge.

It’s the task that faced Innocean Worldwide Australia’s CEO Peter Fitzhardinge when he stepped into the role four years ago. “I think probably when I first came here, there was a view that Innocean was seen as the in-house studio for Hyundai and Kia. And the challenge for us has been to present ourselves as a viable agency in our own right.”

And while focusing on one major client may be no bad thing, Peter had always wanted Innocean to expand beyond that. “I think in the last 18 months or so, we’ve really been quite successful in moving beyond that [auto work for Hyundai and Kia]. We’ve done some really interesting work, for example, in the HIV area for the AIDS Council of NSW.

“The goal with that campaign was that when it comes to transmission and sex nobody wants to talk about it. Of course, no-one wants to kill the moment. But actually we do need to talk about this stuff. So what the guys did was they created a pair of underwear that said ‘I am prepped’ on the undies. So really you got your undies to do the talking for you.”

Above: a still from the 'I'm PrEP'd' campaign

The campaign had an immediate impact - both for the client and for Innocean. “Suddenly people are telling me ‘that’s a really clever bit of thinking, a clever bit of non-TV comms’. And I think that says a lot about our agency and its ability to work in other categories, more non-traditional channels. And to do some really nice work as well.”

Beyond that the agency has been able to do some projects for other clients, some education clients, some healthcare clients. Innocean has also done a little bit of work in financial services. “So this has allowed us to create work and capabilities outside of auto which allows us to say we do more than what you think,” says Peter.

Far from leaving Hyundai behind, however, getting the most out of Innocean’s auto work has remained essential to Peter’s strategy. “I think over the last 12 to 18 months we’ve really been at the top of our game with our auto work,” he says. One campaign that illustrates this was with KIA in the Australian Open Tennis Championship in January this year.” That was a full, integrated campaign, and at the centre of it was a mobile game that people could interact with,” he says. “Which is also very non-traditional for auto, not your traditional driving-on-roads type of spot. What was especially pleasing was the sales figures were actually double what the client had budgeted for. It was a great piece of creative, which showed us in a different light and the agency in a different way.”

It’s clear that the agency began to move into a different gear around a year and a half ago, and Peter suggests an explanation for this. “A defining point in time for us was the appointment of Steve Jackson as our ECD,” he says. “For me, it’s very simple - good ideas come from good people. And bringing in Steve really was a watershed moment. The key thing for me with Innocean was always the question of how I attracted good people. I needed to get good people from top-tier agencies to want to come here, and that journey was harder for me than I thought. I thought I could have cups of coffee with people I really respect and worked well with in the past, I thought they’d just come. But they said to me, ‘Fitzy, I loved working with you but I’m not gonna give up this to come over there.’”

But Steve was a different case. Having previously worked with Publicis, and as a CD at Saatchi & Saatchi, Droga5 and DDB, Steve was a high-profile addition for Innocean. “He really bought into it. The challenge itself was the appeal to Steve - he’s very driven, and he totally gets the idea of transforming something versus just kicking something along. So when he joined us, it really changed the direction of this agency. [He has] the very rare ability where he is not only able to direct work but where necessary he is able to roll his sleeves up and get in there. That was transformational for us.”

Speaking to Steve himself, it’s easy to see that the ball started rolling immediately. “There’s no question the most important piece of work we’ve done so far was the first one we did together,” says the ECD. “Tucson Binoculars. It’s not necessarily the best one we ever did but the most important because we needed to make a statement in the car category and the advertising community, something to set us on our way. We said back then that the ad wasn’t just an ad for Hyundai, it was an important ad for Innocean too. Hyundai really needed some personality and we needed to turn some heads. This campaign did that.”

Looking to the future, Steve shares the vision of an agency “moving away, but not running away” from automotive work. “A great opportunity for us would be a major tourism brand or sports or beverage brand, plus something truly Aussie would be good as we’re very much an Australian agency with Korean pedigree [Hyundai and Kia being South Korean brands]. Either way, something that would show our capabilities off outside of auto. We’ve got some really great people with us and they come from excellent agencies and with great experience on famous brands so we’d love to give them the opportunity to show everyone what else we can do.”

Since Steve’s appointment, there’s been a domino effect for Innocean’s hires (“we’ve got people from Saatchi, Mother, TBWA and Ogilvy working here now,'' Peter tells us). But the agency’s fundamental approach to hires hasn’t changed. Peter explains: “What I say to everybody is that we’re all on a journey. If, in three years time, you’re moving on to a huge job at a big agency then fantastic. Because the reason for that will be because you’ve done brilliant work for us.

“I see my role here as nurturing that talent. Helping people get that big job. Hopefully it will be here with us, but also if it’s with one of the big agencies then that’s something I understand. I do want Innocean to be seen as players, but to do that we have to be seen as good for people’s careers.”

If that seems like a refreshingly open approach, it’s one that’s been formulated based on experience. “My greatest experience as a manager is with managing junior football teams,” says Peter. “My kids play soccer and I’ve coached a few of those teams. What you’re given is young kids who are 10/11 years of age, all with varying levels of ability.  And your role as a coach is to somehow get this team to work together, to believe in each other and to trust each other and to work as a team. Some of the most challenging stuff I’ve had in my life has been in making these kids feel important and work together as a team.

“The best managers create an environment where people can do their very best. And once you have, you need to believe in and trust those people.”

Peter’s task over the last four years has been to construct that environment at Innocean. And while the agency’s transformation might not be over, there’s a sense of a new direction and a company branching out, one project at a time.