How Important Is Sound Design in Films & Commercials? 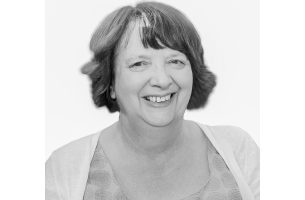 In time for this Sunday’s 2015 Oscars ceremony, Grand Central founders Carole Humphrey and Raja Sehgal talk to the Radio Advertising Bureau about the importance of sound in the film and commercial world.

RAB> Why is sound design so important in film craft?

Raja Sehgal>  For me, the power of audio in film is not always purely about sound effects – it’s about the way that dialogue, music and sound design work together. That’s what grabs me.

Carole Humphrey> Alfred Hitchcock understood clearly the importance of what we hear, in building mood and telling a story.  Even when he was using silence in scenes, you get the feeling that the sound design is “silence”.

He seemed able to imagine sounds in an ultra-real format and use them, not as an added effect, but something that was important for the scene, actually part of the script.

RS> The sounds in The Birds and Psycho are ones that everyone remembers, but in one of his earliest films, Blackmail, he use speech as the key sound design.

In one scene, the heroine, Alice, is sitting listening to the gossip around her. Hitchcock takes the word “knife” and repeats it, warps it in a way, looping it, so it echoes what Alice is choosing to hear.

He was quoted as saying “When we tell a story in cinema, we should resort to dialogue only when it’s impossible to do otherwise “

RAB> Film has given us some iconic examples of audio. Do you have any personal favourites, and why?

CH> Believe it or not, one of the first films that stood out for me, from a sound point of view, was West Side Story.

At the time of its making, the intention was probably to create good sound design, but, for me, it’s near perfect.  It doesn’t rely on a wall of sound or having sound around you, it would be just as strong in mono.

RAB> What lessons can the film world teach advertising?

RS> For both film and radio, at its best, the power of audio is exploited and intrinsically linked to the story.

Going back to the Hitchcock example, just look at his notes from Psycho. It’s as if it has been written for radio - the sound feels much more important than the visuals:

“Marion’s car comes to a stop at the intersection, we should hear her engine die down to an imperceptible tick over. It is very important to hear her engine sound diminish sharply.”

“Naturally, windshield wipers should be heard all through the moments she turns them on…. The rain sounds must be very strong, so that when the rain stops, we should be strongly aware of silence and odd dripping noises that follow.”

“Through the killing, there should be the shower noise and the blows of the knife. We should hear water gurgling down the drain of the bathtub, especially when we go closer to it… During the murder, the sound of the shower should be continuous and monotonous.”

These notes could have come from a commercial radio script. They remind me of the late 90s Army radio scripts, where audio was heightened, and the scripts written around the audio. You could visualise every scene of the radio spots, with the voiceover helping to tell the overall story, but the sound design was what drew you in.

RAB> Can you name some brilliant examples of sound design in radio advertising that you have worked on?

CH> Like Raj, I think that sound design is not just about sound effects. It is the combination of all aural elements.

I like taking actors out and recording on location whenever I think that it is appropriate.

I worked on a series of Aids awareness and anti-heroin campaigns in 80s and the sound design for these commercials was exceptional.

For example, on one, we acted out a burglary and recorded it from the perspective of the burglar who was trying to get money for a ‘fix’, and from the point of view of the person who was being burgled.

We recorded these scenes at various locations around Soho, smashing a sheet of glass to recreate the sound of the break in. At that time, there was a police station, literally, a stone’s throw away, and we were stopped by a policeman. It took quite a while to convince him that we were working for the Department of Health.

The final mix of this commercial, which won many awards, was very realistic and chilling.

Another time, I recorded some radio scripts for Chessington World of Adventures, on the rides with Robert Lindsay. He said that he’d only agreed to do it because I was producing them! I had asked him to learn his lines and because he was delivering them on the rides, the thrills really came across in his performance - you felt that you were there with him.

Once, I hired a hot air balloon and had Peter Cook stand in the basket to play his part. He was not terribly co-operative I have to say but the burner sounds and the basket in the wind sounded brilliant!

Peter Cook was the exception rather than the rule with this approach to radio - Larry Lamb was very happy to learn his lines and deliver them from a tandem with Rosalind Ayres. They also thoroughly enjoyed recording in a tent and a paddling pool.

I think that if you can get the actor to learn the lines, rather than read from a script, then you can really focus on their performance, which is, after all, what they do on stage, in film and on TV.

RAB> Do you think audio can be as powerful without the pictures?

Radio is a great way to learn about sound. I recommend that creatives and sound designers listen to plays on Radio 4 and that old standby The Hitchhiker’s Guide to the Galaxy.

CH> It’s much more difficult to do a radio spot for the creative team and the sound designer because there’s no picture to determine the sounds. The sound design has to come from your imagination. The good thing is that you can go anywhere and it doesn’t cost very much!

We produced a very good piece of work for the charity “Cocaine Unwrapped” that was set in a club and featured two people snorting coke in the loos. We used two real people and our loos to recreate this and the studio became the club. The perspective of the music changed depending on the location of the protagonists when they were in the loos, we set it up so they and the listener heard the music from the club live from the studio.

The final mix was totally realistic and sounded brilliant.

RAB> Do you think commercial film and radio exploit audio to its full potential?

RS> Too often we don’t have enough time to do a good mix. It’s rushed in the last few minutes of a session. Time needs to be spent on balancing all the components of the piece in order to find the sweet spot.

The Army radio spots, from 1996 to 1999, were among the best radio spots I have ever done.  They all featured a lot of sound and it’s obvious when you listen to them that days were spent recording, rather than a 20-minute session with a voiceover artist.

CH> This is something that is totally understood in Hollywood and commercial clients should take a leaf out the book of film production and really allow enough time and focus to hone the mix.

A really great mix will make the spot stand out on air.

RS> I listen to commercial radio everyday on the way in and out of work, it seems like a different medium than it was 15 years ago.  Today, it’s all about direct marketing and less about telling a story.

The days of taking time to record characters inside and out, and creating soundscapes that could be used in a Hollywood feature, are long gone. I say give some budget back to the radio campaign.

CH> Very true, it is a different medium today.  However, I wonder if it always comes down to budget.  Often the problem is more about respect for the craft of radio. Writing good copy seems to be a dying art, so teams don’t get the practice. It’s not perceived as a sexy medium. However it is a medium that gives you opportunities to hone your skills, make decisions, work with amazing talent and use your imagination:  that is something that the RAB should address.

RAB: You are absolutely right Carole. The RAB firmly believes that radio craft deserves more care and attention, not least because the experiences and skills you learn in radio are applicable across your advertising career. To find out more about what we are doing to support radio creativity, please contact clare.bowen@rab.co.uk 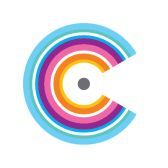 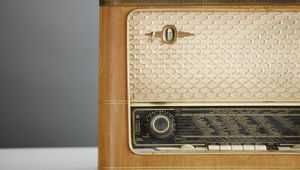 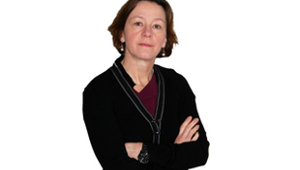 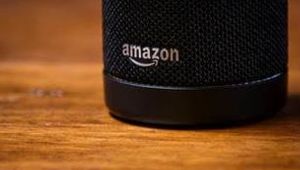 How Voice-activated Technology Makes Radio More Relevant Than Ever 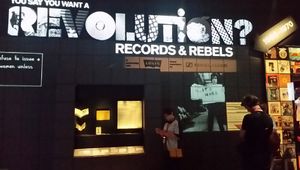 Say You Want a Revolution: Records and Rebels at the V&A
View all News