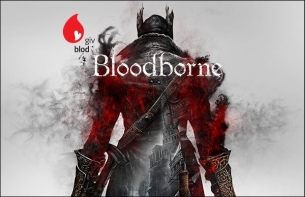 An alternative partnership between Danish blood donor organization GivBlod and PlayStation in Denmark have spread worldwide and are right now trending big on social media. The Danish PR agency Holm Kommunikation is behind the campaign, which aims to encourage more young men to register as blood donors.

The campaign named #givblodforbloodborne aims to encourage more young men to volunteer as blood donors, because this particular group of men is difficult for GivBlod to reach. Young men could show up at the IT University of Copenhagen on March 23 and donate blood. Those who turned up were rewarded with a free PlayStation game, and also entered a raffle to win a specially designed PlayStation 4 with the appropriately named game “Bloodborne”, which PlayStation is launching this week.

The campaign has generated a lot of publicity in the Danish media, but the creative concept has also caught a lot massive attention outside Denmark. So far media in over 50 different countries around the world have covered the event, including USA, Australia, New Zealand, Colombia, South Africa, Italy, Japan and Germany.

Marketing manager for PlayStation was very pleased with the worldwide attention: ”We are very happy to help GivBlod to put a focus on such an important cause. That the campaign has generated so much publicity worldwide and on social media at the same time is just a big plus. The campaign shows that if you are thinking creative in alternative partnerships and on social media, you can get very far in this digital age”, he says