How HOBO Is Fighting for a Greener Future This Christmas 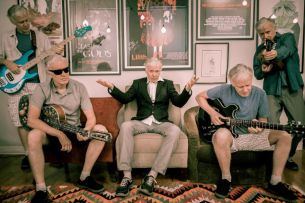 Now that the holiday season has arrived, along with its spirit of giving, I’d like to share how HOBO has been giving back this year -- our pro bono cause to help end prohibition of marijuana.

Here’s why. Earlier this year someone I know was arrested for marijuana possession. As events unfolded from initial charges, to multiple court appearances, to final dismissal, I felt like I was witnessing a carefully choreographed sham.

That experience led me to research the history of marijuana. What I uncovered was so outrageous that I decided to create a division within HOBO to help end prohibition of Marijuana. We named the division, The Green Point.

Marijuana sits at the intersection of many topics: race, history, politics, arts, law enforcement, health, human rights, economics and science.  What attracted me the most was the human rights component, the millions of arrests and incarcerations, the targeting of the minority community and the needless destruction of lives not due to use, but to enforcement.

After a brief discussion with my VP, Chris Stangroom, we set up and funded a marketing division within HOBO dedicated to providing media support to organizations that are working to end prohibition of marijuana.

Here’s one of our first TV and Internet efforts: Not so silent majority.

My creative teams were thrilled at finding the most fertile soil they had ever seen. We came up with, radio, TV and Internet campaigns.  We created characters, like the “I’m no expert” guy.

President Nixon provides plenty of material as well. A recording of him in the White House talking about marijuana gave us the inspiration for this spot:  “Very Presidential.”

Nixon established the Controlled substances act, scheduled marijuana as the most dangerous drug along with heroin and LSD and then funded the Drug Enforcement Agency to go after the users and distributors. The results ruined lives, clogged courts and the perpetuation of an onerous system that has become an ever-expanding self-perpetuating policy disaster.

After reading an article about a 21-year-old woman who was accused of hiding pot and forced to have her vagina probed in public, we came up with the radio spot, “Strip Search.”

The facts are hard to argue: Cigarettes are legal and have an annual mortality of 400,000 deaths. Alcohol is legal and its use leads to some 40,000 deaths each year.  Health experts are still debating whether there has been even a single death resulting from Marijuana consumption, and that’s not for one year, that’s since 1971. If alcohol and cigarettes are much riskier than the consumption of marijuana, why were people being arrested for use of a drug that is demonstrably safer than those two very legal vices?

For me, the best way to give back is to find a cause that I could believe in, one that I passionate about, and willing to donate time, energy, resources to, and one that will ultimately benefit people greatly.

We have found that in The Green Point and our goal to end marijuana prohibition.

And we’re just getting started.