How Have Attitudes Towards Gender and Sexuality Influenced the Marketing Landscape?

Trends and Insight 303 Add to collection

Following June, which many countries recognise as Pride month, we asked experts from McCann, VMLY&R Commerce and M&C Saatchi about how LGBTQ+ demographics are influencing the marketing landscape, writes LBB’s Nisna Mahtani 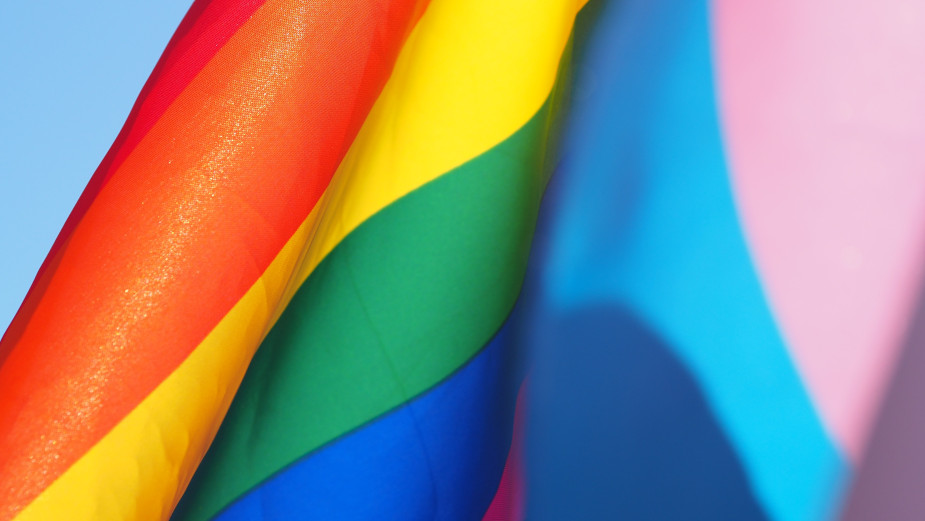 As the world moves forward, LGBTQ+ rights increase and society demands the need for inclusivity, at LBB, we wondered if the shifts in attitude have caused marketing to be a more inclusive space in 2022. While companies adopt policies to champion diversity, equality and inclusion, pronouns are increasingly important to get right, and both on and off-screen representation is more common, brands have had to adapt to fall into line with customer values and ideals. But what has this meant for advertising? And what’s next?
We asked, ‘With increasingly nuanced and fluid LGBTQ+ demographics, how have attitudes towards gender and sexuality influenced the marketing landscape?’ – and McCann’s Harjot Singh, VMLY&R COMMERCE’s Jamie June Hill and M&C Saatchi London’s Sophie Lewis answered.

The recognition, visibility, and impact of an increasingly nuanced and fluid LGBTQ+ demographic has renewed the cultural and societal discourse on gender and sexuality in a way that remains progressive, contemporary, and sophisticated in its manifestation. This is not a trend in the same way that the pursuit of inclusivity, equality, and dignity for all is not a trend. I firmly believe that if you are not actively pushing this agenda with your choices and behaviours you are against it. Indifference is not an option for people, brands, or our industry. I believe that the new discourse on gender and sexuality provides a legitimate framework for us to urgently renew and reimagine the way brands present themselves.
Marketing and advertising play a very powerful role in influencing society and shaping cultural meaning. It is time to acknowledge and take responsibility for the male hegemony that has prevailed in society, the industry and the creative output of the industry which has conveniently and strategically used stereotypes to reaffirm a narrative that has favoured a patriarchal and heteronormative construct establishing it as superior, privileged, and idealised.
When brands back advertising that portrays narrowly defined depictions of gender, they are contributing to shaping a social construction of gender identity that causes harm.
Increasingly nuanced and fluid representations of gender, identity, sexual orientation, and expression are now part of mainstream culture. A change led by a younger, more altruistic, and more switched-on generation; they have provided us with the perfect opportunity to accelerate our actions as an industry as we actively reject previous practices associated with gender stereotyping and reframe our creative product in a way that utilises our industry’s capacity to undo the damage it may have previously perpetrated.
Marketing and advertising are unique because they simultaneously reflect and influence the way social discourse evolves. It is incumbent on our industry to actively, urgently, and continuously ensure that our work not only represents the developing norms in society but creates room for further expression of ideas and identities. We have a massive opportunity to build on the strength of what we do and make.
The role our industry plays in leading this agenda is necessary even though it is not sufficient.

I think it’s important to remember that nuanced and fluid LGBTQ+ identities are nothing
new, but instead the words we use to reference them, for many of us, are.
The trans, non-binary and ace/aro communities, in particular, have found kinship through exploring words, labels, flags and more in digital space that then bleeds into the real world. In fact, much online discourse for LGBTQ+ youth focuses on finding answers, finding folk like them, and finding a word to help describe feelings too complicated to explain otherwise. As the ‘umbrella’ opens wider to include more specific definitions of self, it also opens up all those people to their own specific community – which inevitably leads to shared values, style, likes and dislikes.
So, as terms like pansexual, genderfluid, demisexual, agender, transmasc, transfemme, intersex and more are becoming part of the everyday lexicon, we’re seeing a shift in how brands who are successful with younger generations both talk and more importantly act. They are beginning to shift away from binaries and blending their world into a landscape for all. This could be as simple as changing signage from things like ‘women’s health’ to more inclusive language such as ‘menstrual health’, or bigger shifts into how product lines are released, with apparel brands now bringing gender-neutral lines into the norm.
Now, although lots of brands are attempting this, I think there is one key factor to distinguish who’s getting it right, and who is falling short: they let the consumer decide. No matter how specific, or indeed how open we get as marketeers we should never EVER try to tell people ‘this is the product for your identity’. Instead, we need to empower every person to simply be who they really are.
LGBTQ+ folk find their own labels; they don’t want us doing it for them.

On this glorious sunny Monday morning in Brighton, it seems to me that as ever, advertising has been slow to catch up to the seismic change in culture.
I see Harry Styles and Euphoria as proof of an attitude of acceptance, nay encouragement in people (primarily a couple of generations younger than me) who are helping the world to be at ease with intersectionality, with a level of fluidity and undefined sexuality which at once seems radical and entirely natural.
This, of course, is harder for the industry to accept, in the same way, some people still struggle with the more basic tenets of inclusion (such as gender and ethnicity). But nonetheless, the structures and systems which have defined how we describe ourselves and others, in relation to ourselves, are breaking down, and the terminologies and definitions we have long relied upon are ebbing happily away.
By this, I mean that even the term ‘pansexual’, which I liked and sort of felt to be a somewhat useful terminology has fast become outdated and instead, a freedom, a nothingness, an everythingness has taken its place. There is a sense that none of these definitions matter but instead we are all humans, and our personalities, characters and ideals are the things which define us. Who we have sex with, and how we have sex, seem outdated concepts, left to middle-agers like me, who have been brought up feeling safe within boxes that somehow, we sensed, didn’t always fit.
What does all this mean for advertising? It means that our strategies and ideas need to evolve accordingly. Some of those tried and tested (now horribly outdated) ‘be whoever you want to be’ ideas should, of course, be shelved. It means we will see a merging of segmentations and audiences, and an inevitable re-cutting of data to ensure we are not making distinctions which simply aren’t present.
It means a reassessment of the way we have categorised almost everything. The way we sell cars, the way we display products, and the way we design clothes. We must completely rethink our approach. As an industry, we need to find a new way.