With a shift in media consumption during the past few months, LBB’s Natasha Patel spoke to experts about the rise in radio listening and how marketers can take advantage of this 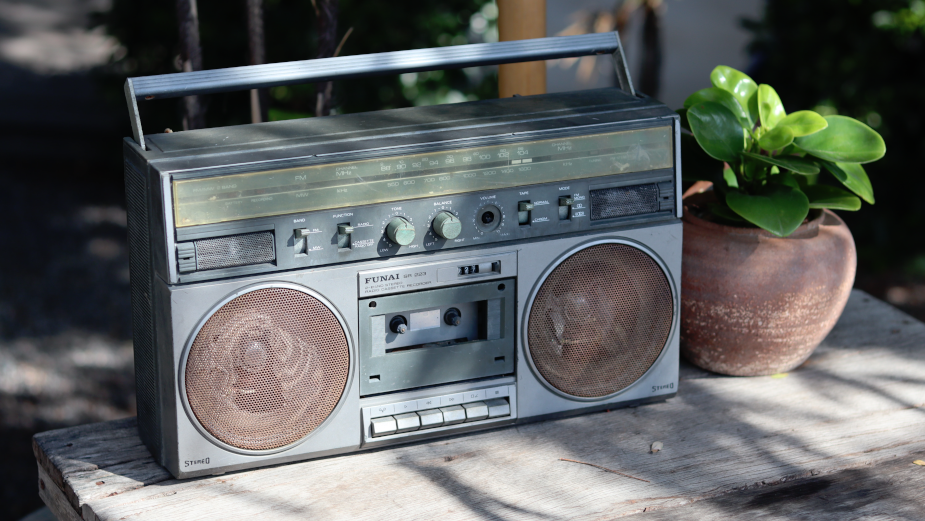 For so many of us, unprecedented times have led to a greater need for escapism and with technology constantly evolving there are so many ways to do this. But what about traditional means such as radio that were as key a part of our daily lives pre-peacetime as they are now? It’s no surprise that a recent Radiocentre study shows that almost 40% of commercial radio listeners are tuning in for a staggering extra hour and 45 minutes each day with those newly working from home adding 45% to listening figures.

The&Partnership’s executive creative director and partner Mickey Tudor puts this down to radio being “both a companion and a window that keeps us connected.” He goes on to say that radio has been at the heart of the home during lockdown and “working from home appears to have encouraged people to turn on their radio, perhaps in place of the water cooler chat they’re missing out on by not being in the office”. Havas Media’s director of audio investments Sarah-Jane Alliott follows on from this by revealing that a pause in live sports, closure of shopping centres and a shift in consumer behaviour – as well as the protests around Black Lives Matter - have meant that utilising consumer shifts has been key to their clients on a marketing level.

When discussing data in the US she revealed that, similar to the UK, radio has been the highest weekly medium for reach and one that marketers should not be overlooking during this crisis. All of this has meant that media agencies have been having interesting conversations with brands about radio, with Micky advising that now is a good time for brands to reach out and engage with people they may normally not have. While BMB’s chief creative officer Matt Lever explains that lockdown has been an interesting time for creativity in general: “The early charm of brands who got out there quickly with tailored pandemic work, quickly giving way to a feeling of having reached ‘peak Covid ad’, where everything felt tired and boring. I’m surprised by how few conversations we’ve had about radio, when you consider what a reassuring and personal medium it can be.”

Radio is an extremely personal medium and at times of uncertainty has allowed listeners to form a dependency to their favourite hosts and DJs while allowing for respite from harsh screens thanks to the never-ending cycle that working from home and an addiction to smartphones brings. Thus, it may seem that agencies are missing a trick by not capitalising on radio advertisements more. Audio marketing specialist and founder of Eardum, Ralph van Dijk understands the creative aspects of turning around a radio advert fast and believes its speed for mass marketing is ”virtually unmatched”, he adds: “We’re working with a bakery client and turning around ads in 24 hours so they’re as fresh as the bread they bake.”

Micky believes that local businesses have a great opportunity to reach people by advertising on the radio especially as many stations have regional hubs. With so many people being restricted on where they can travel to, shopping locally has risen to the forefront in the past three months. However, Sarah-Jane believes that brands are still learning how consumers will adapt their preferences to this “new normal” and the result of this will impact how businesses market themselves. She adds: “It’ll be interesting to see what that means in terms of brands who see new or renewed value in audio, be it traditional radio, online, streaming, podcasting. The shift in consumption habits of listeners seems to have invigorated clients who are typically more digitally-focused as they recognise that listeners are seeking new options to replace their commute time usually spent with radio in-home (online, smart speakers, podcasting etc).”

This view of waiting to see how consumers react is, of course, a sensible one but Matt believes that for a population “consumed by uncertainty” radio seems to be “the perfect medium”. He was surprised at not hearing that many brands have not been reacting to events as they happen in radio but “it offers the opportunity to create material quickly and inexpensively, meaning that you can change your material according to current events”.

The relative freedom when it comes to creating material for radio is one that is made simpler by the fact that many voice artists have the luxury of recording studios in their homes with Ralph adding that those who do not, have the luxury of recording in voice studios with minimal human contact. Despite not having the visuals of remote shooting, remote audio recordings has gained popularity but Al Young, chief creative officer at St. Luke’s admits this can come with its downsides: “Production can be frustrating –artists, sound designers and agencies are obviously all remote but the real problem is all have different levels of bandwidth meaning the team involved are dealing with different levels of information in real-time”.

Despite these frustrations Al points out that the beauty of radio is that the canvas is not film, screen or photography, but “it is the listener’s imagination and in the confinement we exist in, our imaginations have no boundaries”. Viewing radio and audio from this view means that brands have to work harder to create a connection between an audience and a voice and this is a challenge that Ralph addresses. “I’ve heard a few large brands on radio for the first time, and they’re struggling to reflect their brand personalities in sound. Casting cliché voices and sounding too desperate are two common but avoidable mistakes. Writing and producing for the spoken word are acquired skills that not all agencies have.” However, despite these challenges when it comes to the creation of campaigns Al urges brands to remember that radio allows them to “be there for their customers with minimal cost and effort”. He adds: “Consumers will remember the brands that stayed close to them and will forget some that didn’t. Radio is principally a companionship media. No one ‘settles down to listen to a radio show’ it’s the medium you do while you do something else”.

In reference to not just radio, but all forms of audio Micky cites Acast research that shows over seven million people in the UK are now listening to podcasts on a weekly basis – an increase of 24% year on year. Perhaps it is for this reason that Havas Media have received an increase in audio platform interests from brands who are new to the space. However in terms of radio marketing Sarah-Jane adds: “Shifts in when listening is taking place while folks have been working from home is particularly interesting”. Of course being at home – and a lack of new and live television has provided a large gap in the market, one that Matt believes daily radio commercials have the potential to fill: “Perhaps it would allow the kind of long-form audio stories that people follow so enthusiastically in podcasts and other audio series to be a viable storytelling device in more commercial radio work”.

The pandemic has definitely been a time for change for us all and from a consumer perspective finding new ways of connecting to the outside world has been a major survival tool in the past few months. During the days of the Second World War it was a time for gathering together and hearing news from the outside world and while technology may have changed now to allow radio listening to be a more solo activity, it is as relevant as it was back then while providing brands a quicker, more cost effective way of marketing.