From Secret Sofa to boat-bound cinema on the Seine, the ice cream brand decided to spread joy and keep up its marketing spend – and the results are enough to leave you with stars in your eyes, Arjoon Bose tells Laura Swinton 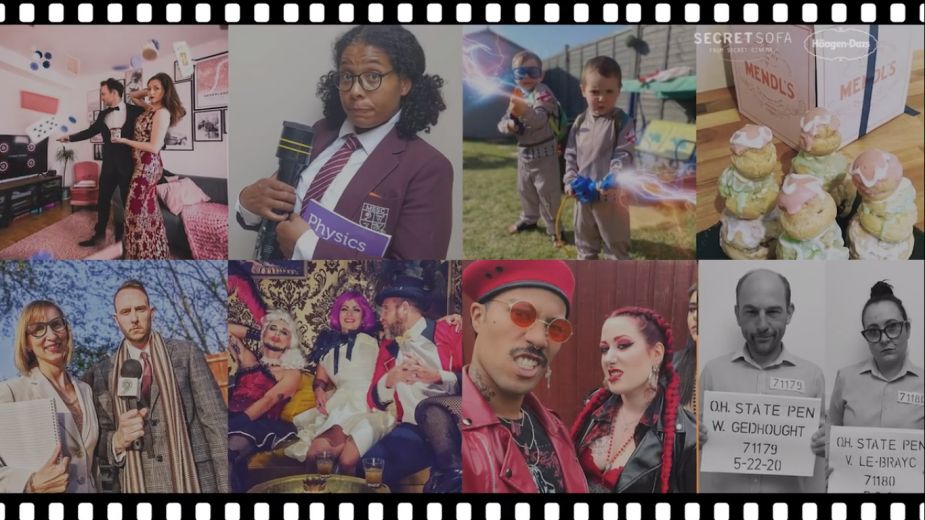 No one puts Baby in the corner. Or so we thought. Then Covid-19 struck. And Baby very definitely was in the corner, self-isolating.
2020 had all seemed so mapped out and easy for General Mills ice cream brand Häagen-Dazs. In their biggest European markets, France and the UK, they had a summer of cinema ahead of them. In London, a big partnership with the iconic immersive cinema brand Secret Cinema for their August Dirty Dancing event; in Paris, their annual screenings on the Champs-Élysées. Lovely jubbly. Magnifique.
And like every brand around the world, suddenly the Häagen-Dazs team found themselves at something of a loose end. The calendar wiped clean and a lot of decisions to make. What followed was an eight-week long home film club – delivering tailored ice cream flavours via Amazon Prime Now – movie screenings on the Seine and a retro drive-in cinema at one of the UK’s most iconic race tracks. All wrapped up in some of the most impactful social marketing that the brand has ever known.
“What I can tell you is in March, our plans looked completely different. None of this, none of this was on the table,” reflects Arjoon Bose, marketing head-culture and brand experience at General Mills, which owns Häagen-Dazs. “But the fact that we've had some of the most remarkable brand experiences we've had on the brand globally was almost born out of constraint and creativity.”

Changing Up, Not Backing Down

As the scale and severity of the pandemic and strictness of lockdown became apparent the team moved fast. The quirky mantra ‘HaagIndoors’ became a lightning rod for figuring out those initial moves – how to bring the delight of the brand into the home. As the curve of the pandemic unfurled, the team spontaneously adapted, spotted new opportunities to bring a bit of delight in difficult times.
But although they reacted fast, what they resolutely did not do was scale back ambition or spending. The global launch of their new global platform ‘Don’t Hold Back’ had been a collaboration with Forsman & Bodenfors many months in the making – and though the campaign had been devised in the pre-Covid time, its spirit felt more relevant than ever and the campaign launched in June. The campaign played confidently on TV and the team also doubled down on digital spend too.
And for the more spontaneous Covid projects, the team attacked those with equal gusto.
“As the world changed, we responded. So when lockdown hit, when others stopped, we accelerated, and that was something which is very purposeful,” says Arjoon, who explains that the spirit pervaded the whole General Mills roster of brands. “We reprioritised and maintained our investment pressure and ensured we had brand salience in a meaningful and purposeful way.”
With Häagen-Dazs and Nature Valley on air, and promotional activity around the likes of El Paso and Betty Crocker amped up, the whole team was going hard. Arjoon puts it down to the fact that the 92-year-old General Mills has weathered a fair few global crises and understands the virtue of maintaining marketing through difficult times.
“So this is quite simply because we were leaning into growth and it worked. The fact that we had market share gains in the US in 10 out of 12 of our categories. The fact that value share in Europe and in the UK was up in every category, including Häagen-Dazs, and that our value sales were growing ahead of the category did not happen by accident.”

One of the brand’s earliest activities took the form of a virtual film club. A long-standing supporter of cinema and movie-going, the sudden surge of streaming meant that the brand had to find a way to embed itself in the home viewing experience… and give people a taste of escapism during lockdown.
With the planned partnership with Secret Cinema’s big August Dirty Dancing event called off, the team quickly pivoted and, within three weeks, had launched a new partnership, Secret Sofa. This weekly film club featured a different movie each week. A partnership with Amazon Prime Now gave members vouchers for specially curated Häagen-Dazs  flavours to go with each film. Strawberry and cream for Moulin Rouge, a special gin cocktail (invented with the help of Sipsmith) for James Bond. Fans got involved, getting dressed up in themed costumes that they shared on social media and influencers were brought on board to amplify the fun (one of the biggest influencer campaigns that Häagen-Dazs has ever run, and the highest engagement they’ve ever seen - check out the case study video here).

The event, which ran from April to June 8th was even voted the TimeOut ‘Time In’ awards Arts and Entertainment Saviour. “For me that's just a fantastic recognition of the fact that if you break it down in a very simplistic sense, what we wanted to do over lockdown was, you know, give solutions and provide joy,” says Arjoon.
And while awards are lovely, the campaign also did serious numbers. “You've had lots of shares of #HaagIndoors or #SecretSofa, but in truth, I have never seen a campaign that actually saw us increase our share of buzz like this,” he says. “I think our share was nearly tripled over that eight-week period. And it was an in terms of brand preference. It was the highest we've seen on Häagen-Dazs in two years.”
The project has also been an incredibly useful experiment for Arjoon, as it’s opened up new possibilities in terms of combining physical and digital brand experiences. “It was fantastic being able to do that. And I think that gave us a ton of experience in terms of what I would say is a ‘phygital’ experience where you're essentially able to take an online experience and offer an offline product experience, which was at the heart of the consumption moment

Secret Sofa was the perfect Friday night fantasy for the most severe months of lockdown, but as restrictions started to tentatively lift in the UK and France and people started to search out safe ways to socialise and enjoy life beyond their homes, Häagen-Dazs started to flex.
In the UK, the partnership with Secret Cinema carried on with a secret drive-in – at the iconic British racecourse Goodwood – which kicked off in July. 12,000 cars – and nearly 25,000 people – attended. Sales of Häagen-Dazs at the event showed that nearly half of the attendees bought ice cream and a portion of profits were donated to charity. The event featured a range of supercars, and attendees entered into the spirit by dressing up appropriately for the movie. 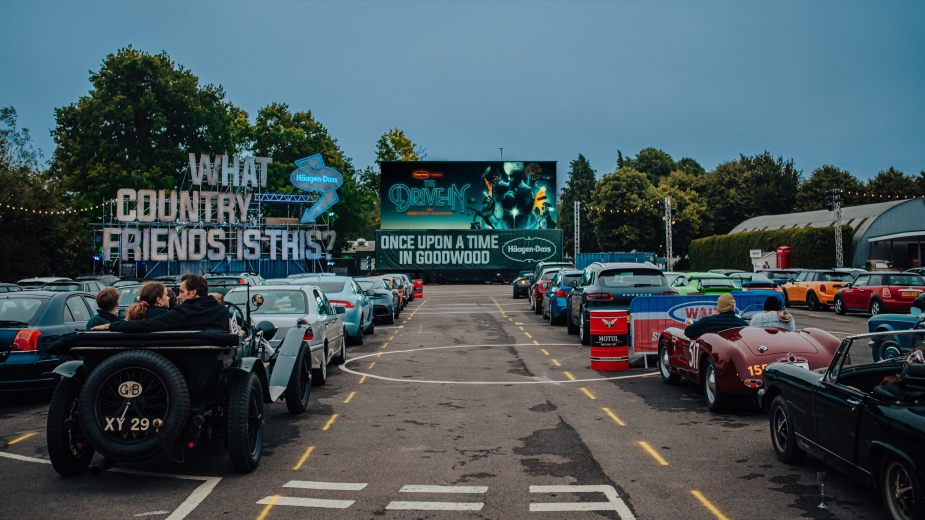 Meanwhile, across the channel, outdoor activity and experiences had even greater resonance. In recent years, the brand had hosted film screenings on the Champs-Élysées, with cinema chain MK2. They also sponsored the ‘Paris Plage’ – an annual beach created on the banks of the Seine. The team’s response was to combine that the screening with the water – they realised that a screening where the viewers were safely socially distanced in small boats would be perfect. And so, Cinema Sur l’Eau was born. 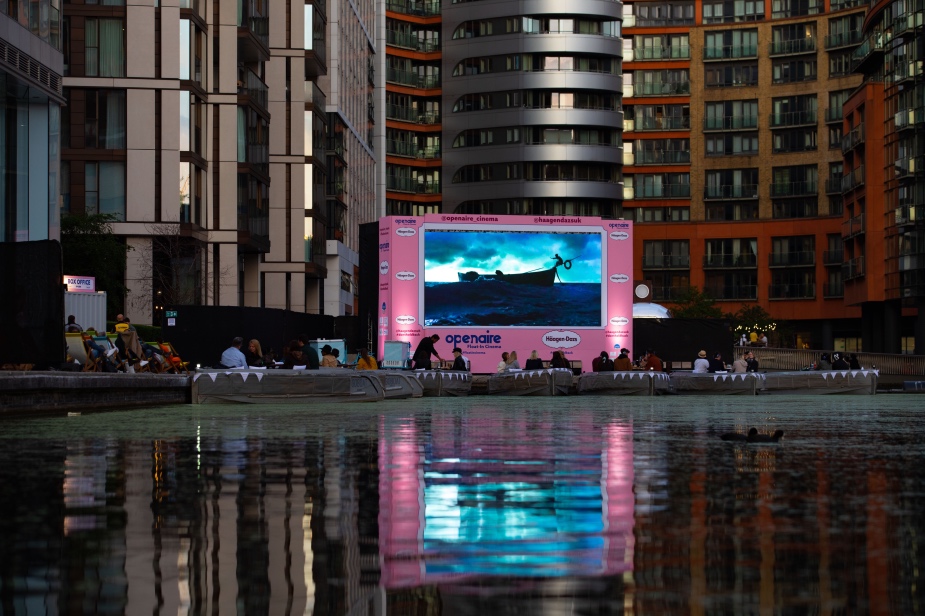 The PR results were strong, as Arjoon says that at one point 40% of France was aware of the event. “The kind of impact it has on brand equity is phenomenal in terms of a brand that's being bold and innovative,” says Arjoon.
“I'd say key success factors for us was that it was contextual. That it was fuelling consumers and media appetite by leveraging the right insight of social distancing. It was true to our brand DNA was the peak of summer. You know, cinema is a territory that's very rich and close to us in terms of the sweet spot. It was very much the ‘Don't Hold Back’ mindset.”
And where Paris went, London was not far behind.“Then once that was done, the minute we knew we were onto a winning playbook, we wanted to bring to the UK with the Floating Cinema by Häagen-Dazs ,” says Arjoon, which brings us up to date, as the London event has just kicked off and runs to September 27th. “How do we take the best of what we learned in the playbook, keeping the same rules, keep it Instagram-able, keep it culturally relevant and provide an experience that delivers joy and provides a solution to the current context?” 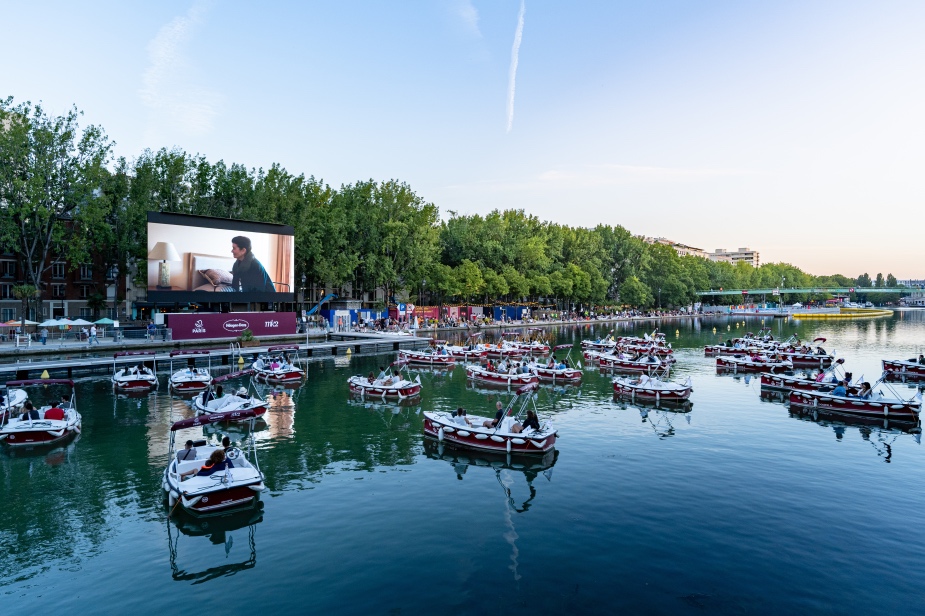 Now that lockdown has wound down and the UK and France struggle with a ‘new normal’, a state of Covid management rather than Covid eradication, Häagen-Dazs is in a strong position. All that lockdown investment seems to have paid off.
“As we came out of the pandemic, we were the fastest growing food company in Europe over those last 12 weeks,” says Arjoon. “We came out of May witnessing high, double digit growth on Häagen-Dazs in our two biggest markets, the UK and France. So we were exiting with momentum.”
Arjoon credits the autonomy afforded to his Häagen-Dazs team by the General Mills leadership for their ability to move fast and freedom to jump into the unknown. The summer schedule of entertainment wasn’t a planned affair - the brand learned from each new experience, improving and iterating.
And as a marketer, Arjoon feels like both he and the brand have grown. Despite the complexities and the hard work behind every lockdown are undeniable, the most important lesson is the affirmation of something quite (deceptively) simple. And it’s one that will stand them in good stead as they navigate an unpredictable future.
“We'd say you stand out by being yourself, right?” he says. “Almost without exception brands that really stand out over the long term are those that are going to be satisfying people's wants, needs, and desires, and not just jumping on a bandwagon, not creating isolated, viral content, not jumping on a shiny new app without a clear strategy. So unless there's a unique take on it that aligns with your brand, you're essentially just adding noise to your feed.
“Standing out doesn't mean shouting for attention. For us, it's about ensuring that we've got a very clear, strong tone of voice that we're culturally into, that we're aesthetically pleasing. These are the three things I think we strive for in everything we're doing. And we want to make sure we never go back in anything we do. It's about ensuring that we're driven by purpose, we're rooted in experience and we're informed by culture. So as long as I think we're hitting these three notes, I think we'll move forward. And it's true what they say. There is no new ‘new normal’. There's are new developments - and that's something we just have to prepare for.”
view more - Brand Insight