How Grey Italy is Preparing for the Next Century

Trends and Insight 365 Add to collection 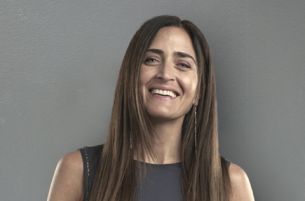 100 years since Lawrence Valenstein and Arthur Fatt named their new advertising agency Grey after the colour of the paint on their freshly-decorated walls, the network now spans 96 countries, including Italy.

Until October the network’s Italian office was called GreyUnited - representing the inclusion of 1861united, the agency that joined the Group in 2014 - but now they are simply trading as Grey Italy. The rebrand coincided with the promotion of Marta di Girolamo, who’s been at the agency for six years.

On dropping ‘United’, Marta says: “After almost four years we’re leaving that part but without really losing any of it: all that was done in the past under the name of 1861united remains as a major chapter of the history of advertising in Italy and will be definitely more persistent than the name itself.”

The name change represents more than mere simplification - Marta has been keen to stress the realignment as an integral part of Grey as a global family. “Today we are a future-facing agency with a clear distinction in the Italian market: calling ourselves just Grey further reinforces the sense of belonging to a network which we are so proud to be part of,” she says.

With this repositioning it seems a natural time for the agency to examine the environment it now sits in. “We’re living in a complex scenario with competition coming from anywhere -  from branding agencies to strategic consultancy firms,” says Marta. “and where every communication project has to fight really hard to gain a share of the audience attention in such a content-saturated landscape. It’s probably the most challenging time to become the CEO of an advertising agency, but it’s also the most exciting one: we have to re-write the rules of this job and this is a great opportunity for us as professionals, especially when you can count on a great team as I do.”

While Marta admits that TV advertising still reigns supreme in Italy, she recognises that the agency cannot rely solely on traditional forms of communication moving forward. “Investments in digital have been growing rapidly in recent years: growing into an always more digital future is our main goal,” she says, “as well as reinforcing our role of business partners more that communication partners for our clients.”

Marta is clear on the culture she wants to create at Grey Italy as it goes through a metamorphosis: “Regardless of the specific department, the talent of tomorrow will be equipped with three main qualities: creative mindset, business acumen, knowledge of technology.”

The agency recently won a pitch for the repositioning of a pioneering international brand, following an innovative approach based on collaborative work involving other agencies within the Grey network and sister companies within WPP. “This is what any future project coming from our agency should look like,” she says. “I still can’t tell [any] more about it… but stay tuned!”