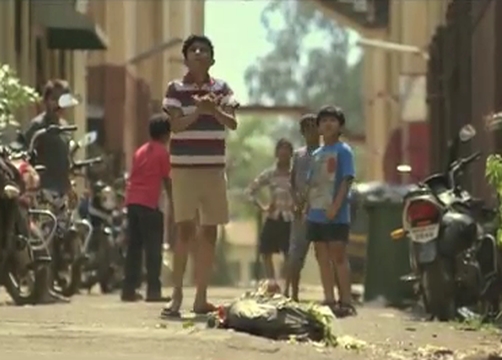 The Prime Minister of India, Mr. Narendra Modi, on October 2, 2014 announced the Swachh Bharat Mission, to motivate the citizens of India to keep the country clean of garbage and dirt. The mission has taken the country by storm and every Indian seems to be bitten by the 'Swachh Bharat' bug. In order to support the exercise and continue the momentum, GREY group India, who were recently awarded to handle the creative duties of this mission has produced a new Television Commercial as part of a larger campaign for the Swachh Bharat Mission.

There are many offenders who have no qualms about throwing garbage on the street, littering on the streets, urinating in public etc., i.e. not contributing towards the social responsibility of keeping the nation clean. The central idea of the campaign is to “Shame” those offenders who do so. It's time to start embarrassingthem for their actions and make them feel what they are doing is wrong. GREY's campaign aims at shaming those offenders, as the protagonist in the TV campaign is cheered or rather jeered by the people who have observed the protagonist’s littering act. This is the first phase of the campaign, demonstrated by a 60 second TV commercial, which will be aired in 10 languages across all major networks in India.

On the Swachh Bharat campaign, Samir Datar, VP & Branch Head, GREY Delhi says, “We are delighted to be part of Swachh Bharat initiative. We believe that the idea of shaming people who litter, is a compelling idea and can become a very effective behaviour change tool, once it gets traction in social media and ground activation"

GREY group is now working on the second phase to add momentum to this communication. GREY group India’s National Creative Director and EVP, Malvika Mehra said, “There is a saying in hindi 'jab ghee seedhi ungli say na niklay, tab ungli tedhi karni padti hai' (this suggests that one can be polite to only a certain extent, but if there are zero results, after a while, stern measures must be taken).. Despite countless 'Keep India Clean' efforts/messages by the government, we still see a total lack of involvement from our brethren for the cause. The sarcasm in the film is an attempt to drive home the point harder by literally 'humiliating' the offender, albeit nicely. Hope such efforts lead to a Swachh Bharat indeed."