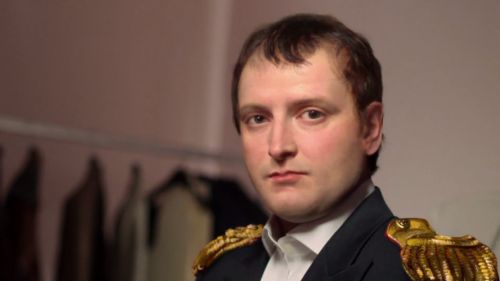 VFX specialists Golden Sq and its production arm Disqo have carried out the production and VFX on a series of unusual idents for Viasat History, as part of a multi-channel rebrand. The channel is shown across the Nordics, Central & Eastern Europe, Ukraine, Russia & CIS and Africa. The main focus is on European history, revealing the secrets of the past and how it defines us today.

Harry Jarman, VFX Lead, Golden Sq; “After being approached about the idea, initially for Girl with a Pearl Earring, I thought I’d scour our office for anyone with a vague likeness. I got a couple of our staff to strike the pose from the painting, then compared these images to the painting. After this I found an appropriate location in the office, and filmed one of our Production Assistants posing, then looking to camera, as per the painting. From this footage, we produced test transitions to show proof of concept. This gave the client the confidence to pursue the idea."

By camera tracking 3D heads over the actor's faces, and then projecting the painted faces over the top, it allowed us to integrate the faces into the live action more effectively, ‘dimensionalising’ the painting. We manipulated the old paintings a fair amount, in particular adding matching eye movement, which was fun.”

‘Portrait of The Emperor Napoleon in His Study at the Tuileries’ by Jacques-Louis David, 181

“Girl with a Pearl Earring’ by Johannes Vermeer, 1665