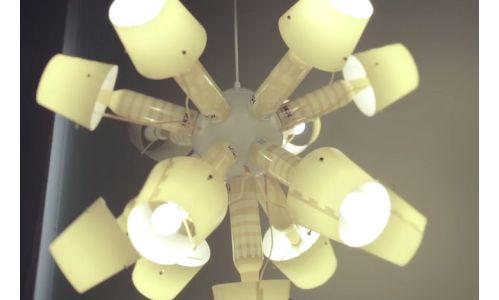 The launch campaign of Skol Aluminum bottles, created in July 2013, is one of the main projects conceived by F/Nazca Saatchi & Saatchi competing for a Lion at the Cannes Lions Festival of Creativity. The project consisted of unique designs that enabled the bottle to be turned into a lamp, clock, oil & vinegar set, candleholder or vase after the consumption of the beverage.

Instead of just creating a campaign about the new aluminum packaging, F/Nazca turned it into an object of desire, besides promoting sustainability.

A total of 2.5 million Skol aluminum bottles were sold. The kits, which were an activation strategy for bottles, generated a US$1.3 million profit for Skol. More than 60,000 kits were sold, and 60% of consumers bought more than one. On social networks, 90% of the comments were positive, a new record for Skol, and e-commerce registered a sales conversion rate of 7% while the historic average in Brazil is 1.5%

The campaign also promoted an armchair designed by Pedro Useche, one of Brazil’s top designers. The resulting piece uses the bottles' cylindrical shape to generate a relaxing massage sensation. This piece of furniture has already won a Silver Pencil on One Show Awards 2014.