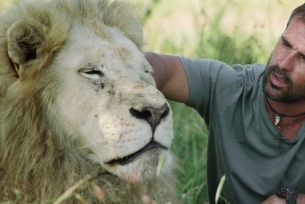 Fixodent and Saatchi launched an online video chronicling the touching story of Aslan, a 9-year old rare white lion who had lost two of his canine teeth, a life-altering injury for a big cat. To restore Aslan to full health, Fixodent moved to South Africa, renowned veterinarian Dr. Gerhard Steenkamp and anaesthesiologist Adrian Tordiffe, performed surgery that lasted 6 hours to repair Aslan’s jaw.  What made this surgery unique was the set up of an operating theatre worthy of a big hospital  right in the middle of the savannah, something that was never done before.

Fixodent knows the emotional and physical distress that can be caused by tooth loss and the hope is that everyone will watch the film and find inspiration in this wonderful story.