Behind the Work 118 Add to collection 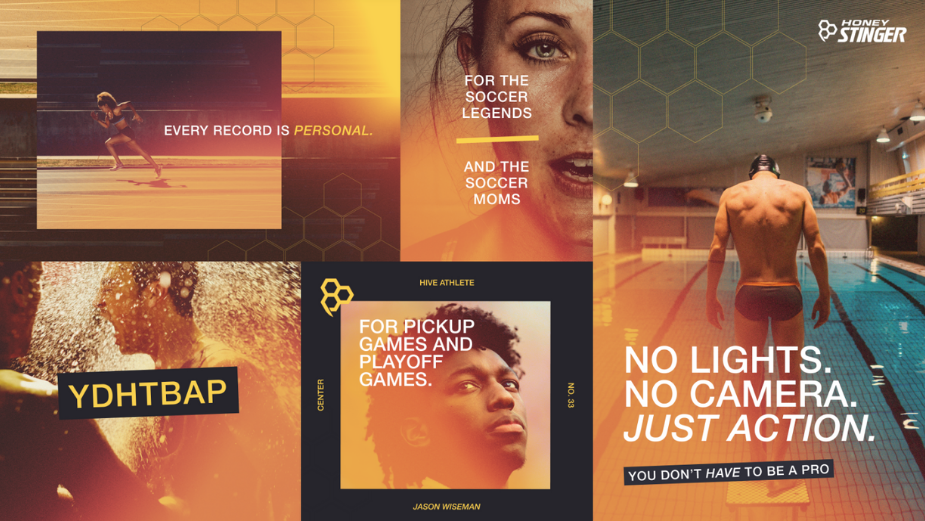 In the world of advertising, differentiation is a precious commodity. Particularly in the most crowded of marketplaces, it’s that ability to stand out from the pack which ultimately decides whether a brand sinks or swims.

That was one of the challenges for Five by Five LA when they started working with Honey Stinger, on the campaign which would come be known as You Don’t Have To Be A Pro. In addition to taking on creative responsibilities, the independently owned agency also provided the strategic insights which laid the groundwork for the campaign. The result is a suite of assets which strongly assert Honey Stinger’s brand identity, whilst also maintaining a focus on the product itself.

Heading into the campaign, the task was in equal parts simple and ambitious: The brand was seeking to grow their market share by reaching out and recruiting new audiences who had a more casual relationship with health and fitness. Honey Stinger also wanted improve their brand salience, especially amongst those with a pre-existing interest in sport and fitness products.

VP of operations Jesse Knaack and digital producer Harley Roman were part of the team at Five by Five which shepherded the campaign from idea to reality. To go behind the scenes and find out how it all came together, LBB sat down with Jesse and Harley.

LBB> You guys undertook an insightful strategy project, as well as the creative work on this campaign. Can you tell us more about that strategy process, and what did you learn from it?

Jesse> Our strategy phase threw up a number of useful insights, mainly about our audience’s nuanced attitude toward fitness, sports nutrition, and their own busy lives.

We learned that our audience is goal (or challenge)-driven, they expect that a sports nutrition product should fit into their existing workout habits, and that if they are to introduce any new product into their habits then its quality had better be indisputable. These key insights drove our creative concept, “You Don’t Have to be a Pro”. To ensure we were on the right track, we conducted user testing and confirmed that this message resonated with our audience.

LBB> What were your impressions of Honey Stinger as a brand heading into this project, and did your strategic work change those in any way?

Harley> We didn't know too much about Honey Stinger as a brand before this, but our research quickly showed us the care that they put into developing their product line and marketing on a product-level. What they needed was a hero brand campaign to tie them all together in a compelling way.

Fortunately, Honey Stinger has quality products and excellent endorsements. So the opportunity for growth is significant. 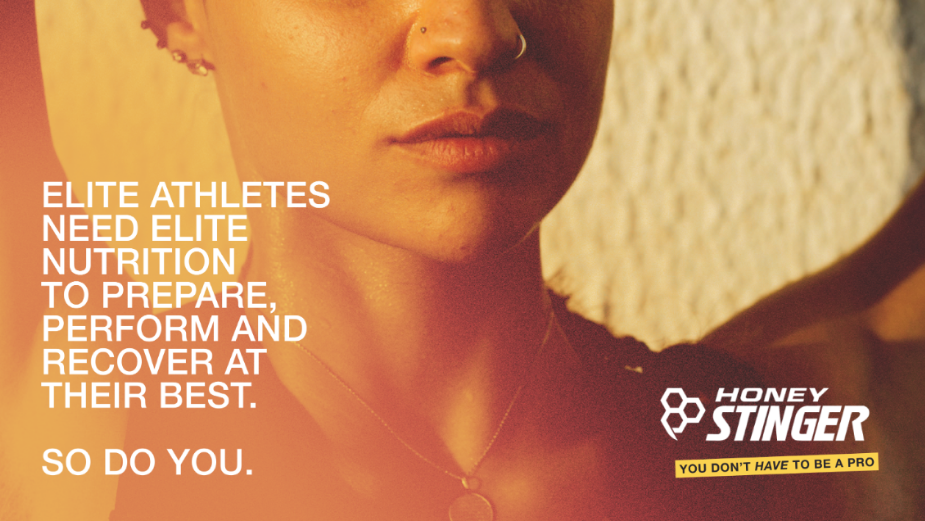 LBB> And how did you eventually come to the You Don’t Have To Be A Pro tagline?

Jesse> Our team created and tested multiple campaign ideas, but the reason “YDHTBAP” resonated with our target audience was due to the simple truth that anyone can take advantage of the same nutrition quality as pro and elite athletes by choosing Honey Stinger.

So why not use something that the pros use, even if you're not a pro?

LBB> And what’s the significance of the ‘have’ being emphasised?

Harley> Anyone can consume this product, but the notion that pro athletes use it gives Honey Stinger an extra bit of credibility. If you are competing for world records or world championships, this product will get the job done. Equally, if you want to set your own personal records, level up in the gym, become a better athlete or simply live healthier, you can also trust Honey Stinger. 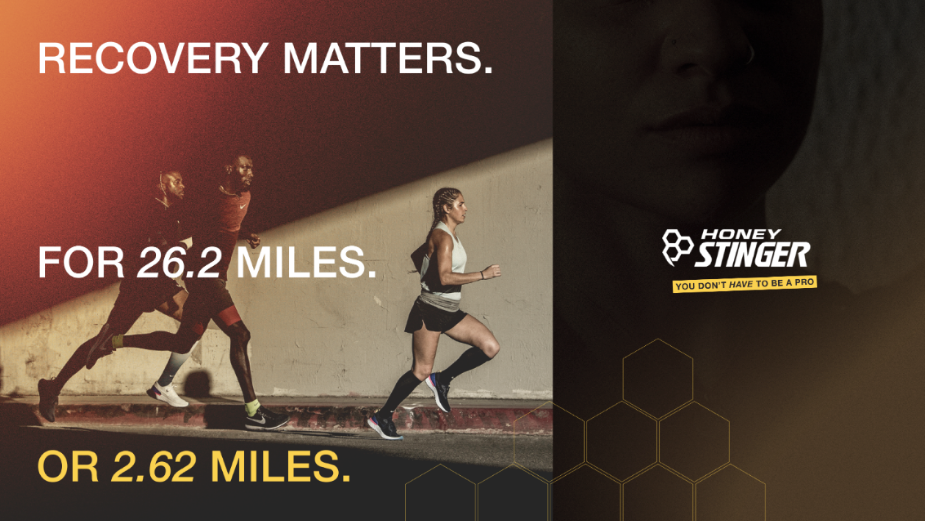 LBB> Can you talk us through your process for the photography which we see featured in the campaign? The images are fantastically striking - what kind of qualities were you setting out to achieve and convey?

Jesse> This target audience is late 20s to mid 30s, so we sourced photography that would resonate with this group. They are educated, have disposable income, and might have a kid or two. We wanted them to look at the individuals in the photo and think, “that feels like me”. I can do that. The moments are authentic and raw, while staying relatable. That helps to draw the audience in, to see themselves, and to feel inspired to not only workout at their best, but to buy the product.

LBB> And what about your thinking with regards to the colour palette and typography? The colour scheme feels similar but perhaps more defined to previous comms from Honey Stinger - was that your intention?

Harley> After spending some time working within Honey Stinger’s existing brand color palette, we chose to really lean into the orange and expand on it to emphasise the intense moments before, during, and after exercise. This is a direction we haven’t seen much of in the vertical.

The typography of the tagline is designed in a way that feels like a sticker you could see slapped on a stop sign, or in a locker room. 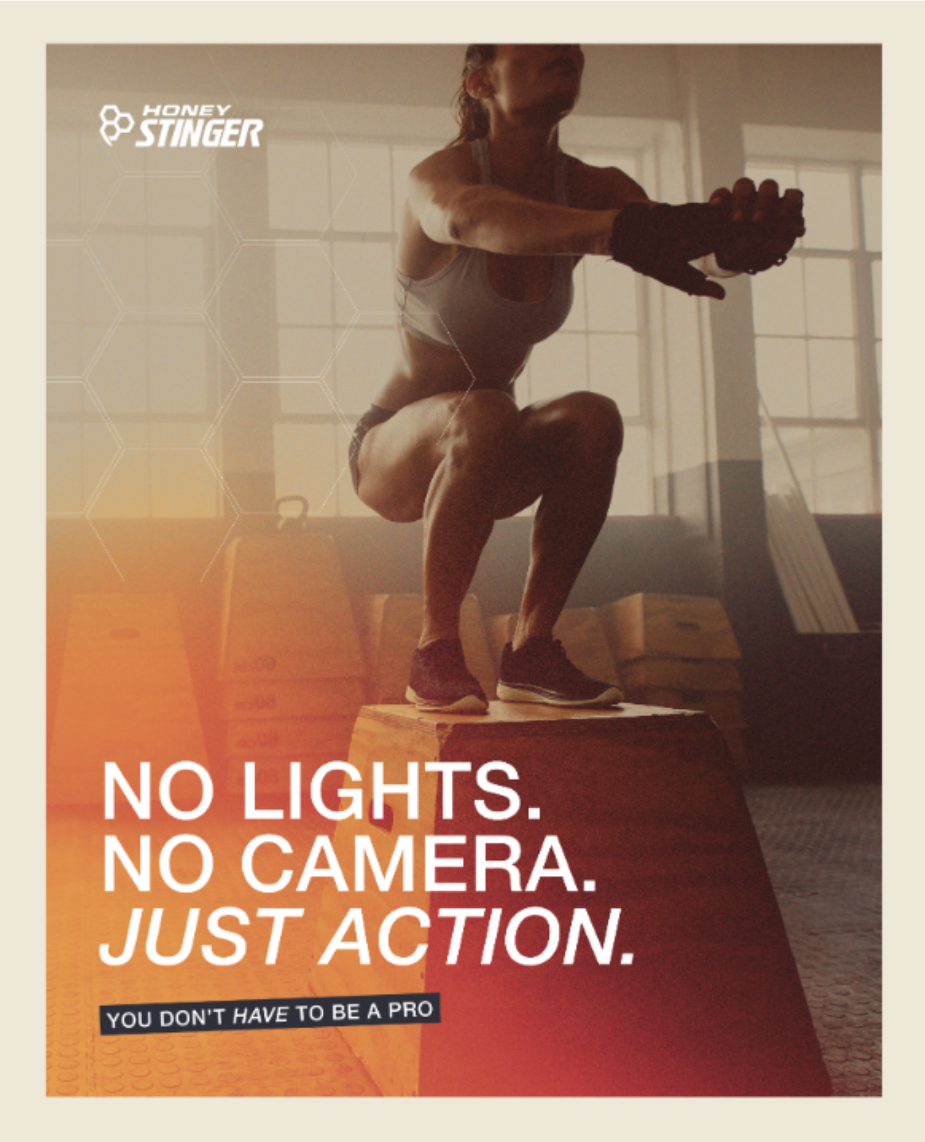 LBB> The fitness space is a saturated one. How did you guys ensure this campaign would stand out from other work in this category?

Jesse> Through our strategic and creative process, we seek to speak directly to our target customer with a message that resonates. An effective campaign message has to be backed by real data, and audience insights. Between the creative message and the art direction, Honey Stinger has a campaign that will give them the best chance at cutting through.

LBB> And, on a final note, the hybrid-working revolution has made staying active more of a priority for many. How do you guys keep fit outside of work, and do you have any recommendations?!

Jesse> Well, I have a baby who just started crawling, so running around my house chasing after him is exhausting enough! I also have an active dog, so walking him around the neighborhood is a great excuse to get out of the house and breathe some fresh air. My recommendation is finding an outdoor place that brings you joy - whether it's the beach, or a park nearby, and pick one workout you can do there. If nothing else, the setting should motivate you to return again.

Harley> Being pregnant doesn't really leave me in the mood to work out much these days, but during lockdown I did invest in some at-home gym equipment that really helped just get me moving and get my heart rate up. Post-partum, I look forward to using that equipment again and getting my body back in shape! I do recommend though, that if you can't work out, at least try to eat healthier. Then, make it a goal that next week you'll do one day of a work out. 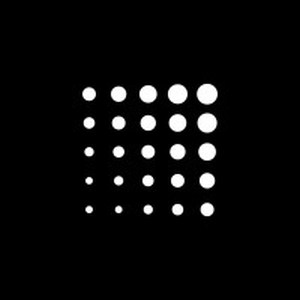 News from Five by Five LA

Work from Five by Five LA