How FCB SA is Creating a Living Flag Viewable From Space 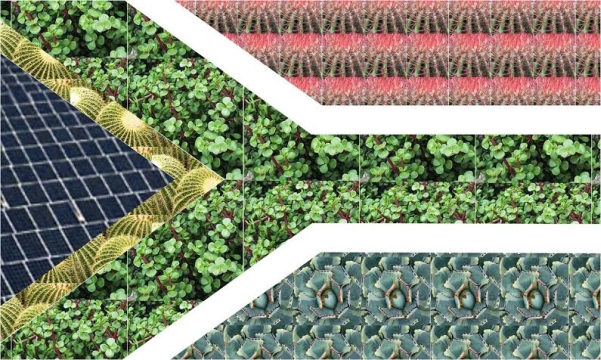 FCB South Africa has found yet another way to keep flying South Africa’s flag with the launch of the Giant Flag initiative just outside Graaff-Reinet.

In July four years ago, the agency group responded positively to curb the nation’s potential post FIFA Soccer World Cup slump and launched a national campaign to retain the energy and passion unleashed by the 2010 spectacular.

The campaign encouraged brands and South Africans alike to ‘Keep Flying’ the flag and maintain the positive spirit that was born during the world cup. FCB developed a Keep Flying logo device for their clients to incorporate into their existing campaigns, and compiled a toolkit detailing how other companies and brands could similarly join in. In addition, the agency recorded a song featuring then Archbishop Desmond Tutu it distributed to the country’s radio stations.

Lexus became the first brand to join the agency in its bid to fly the flag by agreeing to include the device in all three of its television commercials it ran for months after the soccer tourists left the country, butmore than 70 big and small brands joined in the campaign, either by incorporating the device developed by the agency into its marketing communication or by purchasing Keep Flying buttons and a manifesto to give to their staff.

FCB wanted to then ground the campaign in a legacy project that took the embodiment of the flag’s spirit to the next level. Guy Lieberman, head of FCB’s green and social new business development, came up with a big idea. A giant idea in fact. This was where the Giant Flag was born.

In spirit, the Giant Flag is a multi-dimensional project that includes the three spheres of government – national, provincial and local. It brings together several streams of environmental, social and economic activity under one enterprise. Physically, this enterprise comprises a conference and tourism precinct and a 4 megawatt solar panel field.

But most importantly, the Giant Flag is a 66 hectare South African flag made up of 2.5 million coloured desert plants (cacti and spekboom), each making up a colour portion of the flag, that will be viewable from space. Set in the Karoo in the Eastern Cape, it will generate a socio-economic shift so effective that it will change the course of the communities that surround it, forever.

“The Giant Flag will be a man-made natural phenomenon, viewable from the flight path that will also generate a national pride campaign, the impact of which will be felt by the local community, throughout the nation, and across the globe. A symbol of the country’s potential, it is intended to mobilise us as a nation to work together for our mutual benefit,” said FCB Group CEO, Brett Morris.

“At FCB in 2010, we felt that we hadn’t just been celebrating soccer those few tournament weeks, we knew we’d been celebrating South Africa – our passion, our drive, our spunk, our ‘gees’. We showed the world our true colours. And we showed our guests true African hospitality.

“With FCB committing to long term support, Lieberman worked with dauntless optimism, passion and drive, to connect, lobby and fund-raise for his brainchild.

“Its purpose is to create a cycle of sustainable socio-economic development that addresses the challenges espoused in the National Development Plan. All jobs linked to the Giant Flag (either through direct employment, SMME incubation or contract) will be considered ‘green collar’. All public tenders will favour Camdeboo citizens and companies as a priority, extending to the broader Eastern Cape.”

Camdeboo Municipality has one of the worst income disparities in South Africa. Its people are racially and economically divided. Unemployment is close to 40%, but is exacerbated by the associated social problems of poverty, food insecurity, and youth and women unemployment. It’s a semi-arid area, so practicing agriculture is difficult. There is also limited other economic activity, with the exception of a developing tourism industry and there is limited economic infrastructure in the form of renewable energy, civil works, conference facilities as well as very little entrepreneurial activity.

Itemising the benefits of the Giant Flag Precinct for the environment, community and local economy, Founder and Trustee, Guy Lieberman, listed training and incubation programmes, including life skills and job skills, as well as access to an endowment fund that will finance viable small business start-ups.

The Giant Flag project itself will generate over 700 local, permanent jobs. In addition, all public tenders will favour Camdeboo citizens and companies as a priority.

“Local labour will be employed for the construction and planting. In the 18 months it will take to establish just the botanical elements of the Giant Flag, over R5 million would go toward local labour, creating jobs for over 700 people. Up to 60% employed could be women, double the national standard.

“Private sector involvement will have a substantial impact on local tourism and related industries. In addition to increased use of airport facilities and overnight stays, I imagine there’ll be many eco-tourism initiatives directly connected to the Giant Flag.

“Think hot air ballooning and micro-light sky tours of the Giant Flag, honey harvested from the many beehives to be established to pollinate the succulents and cacti, ‘Plant your own Flag’ take away succulent trays.

“South Africa needs initiatives that create ecologically sustainable employment opportunities. The Giant Flag precinct will deliver over 700 jobs, potentially many more, while generating 4 megawatts of electricity which it will sell into the grid and harvesting rainwater for use in the precinct or channelling elsewhere. I cannot think of a more desirable outcome.”