How Do You Make an Award Show Feel Special in a Pandemic?

Directors and producers from Black Dog Films explain how they made GQ’s 2020 Men of the Year awards feel like a major event, despite the empty theatre 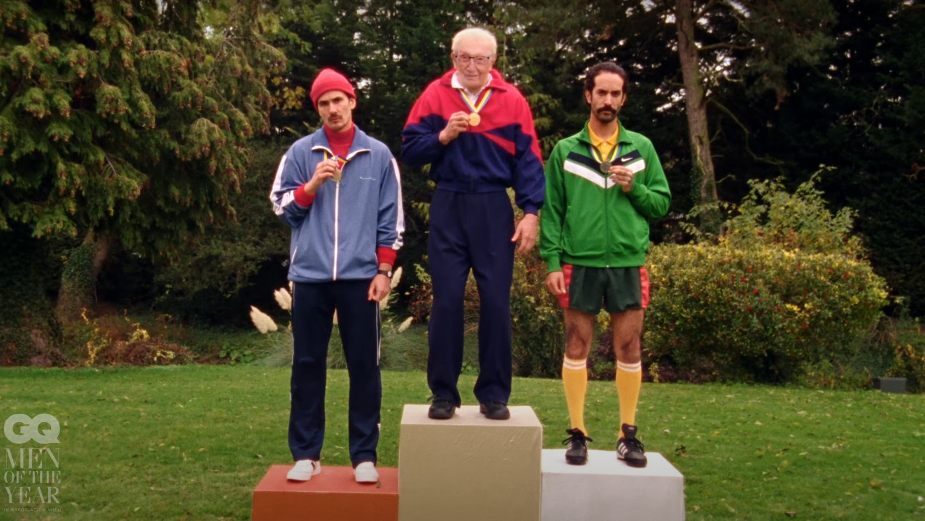 LBB> Your film with Marcus feels very natural and organic. Did your docu-style of shooting play into how you approached the shoot?

Toby> Yes, definitely, but I also wanted the film to be a reflection of Marcus’s campaign for Free School Meals, which felt totally unplanned, impromptu and organic – because it was! So I embraced chaos for our shoot, happily going with whatever happened and with just the lightest touch of direction, but an army of cameras to capture it from every angle and on every format. I think we had around eight cameras running simultaneously, from Alexa, to MiniDV, Super8 and iPhone, with some being operated by seven- year-old children.

LBB> Michaela Coel is an inspiration to young creatives and directors. It looked like a lot of fun. How did you find shooting another director?

Jade> Not only is Michaela a brilliant auteur, she is a performer with amazing energy with an enviable dress sense… combine that with her cheekbones and you’ve basically got yourself a dream interviewee.

LBB> How did you decide on the tone of the film?

Jade> Before any event, I always find myself in a chaotic state of excitement… Usually because I can’t decide what to wear or I’m running late, everyone’s missed out on that sense of hype, so I wanted to capture that flurry… the bombardment of texts from friends, last minute snacks, mirror top-ups and outfit checks!

LBB> Your film celebrated Lewis Hamilton, in what was a momentous year for him both on and off the track, how was it working with him? Did you have a clear idea of the tone of the film you wanted to shoot?

Tom> It was a great honour to be invited to film him at this moment in his career, but most importantly shine a light on his actions off the circuit. I wanted to show a different side to the image of Hamilton that's so familiar in people’s minds. Both the script and the way it was shot present a very personal portrait of him – one that is centred around emotion, experience and belief. In doing that, it allowed us to isolate this singular gesture –taking the knee – and highlight the power and significance that this has carried, not only within Formula 1, but into the wider world.

Q> You also directed the host film which tied together the narrative. How important was it to keep that “awards show” aesthetic?

Tom> Very. For us, it was imperative that viewers felt like they were being invited to an event – and something that had grandeur and scale. From the outset we wanted the format to feel elevated (albeit virtual)! We had a series of sixteen individual films, each of them very different, so as a means of binding this content together into one narrative we needed to establish an overarching device (or situation) around which to pivot the show. The coliseum presented the perfect location, it offered the opulence and glamour that we were looking for and provided a fitting backdrop for Jack. The main thrust of the show sees him presenting (in isolation) from a grand, empty space – a cinema screen forms the main focus – the perfect device through which to then present our mix of different films... The atmosphere of the space offset against Jack's humour created a compelling dynamic throughout.

Q> You’re no stranger to collaboration. Did you enjoy seeing all the various projects come together?

Tom> Immensely. It was a terrific roster of talent, and this was the first time that the awards had taken the form of a streamed event – so collectively you’re creating a whole new format, which for everyone involved was really exciting. It’s a great case-study for collaboration – and essentially forms a blueprint for future events.

LBB> The GQ awards were a celebration of some amazing talents, but it was also a collaborative first from GQ and Black Dog. Each film was totally different. What did you try and bring to yours with Daniel?

Micaela> I have known Daniel’s work for many years now from covering his collections during Fashion Week, so I know how passionate and hardworking he is, and I really wanted to find a way to highlight that in this film. My priority is always getting the vibe going on set and despite all the limitations of shooting during the pandemic, I was really lucky to have the support from Black Dog to explore my vision and make it all happen.

LBB> Was teaming up with Patrick Hutchinson to tell his story a good fit for you?

Tom> With this project I was keen to make sure that Patrick’s positive work and character was reflected in the filmmaking process, and that he could use the film and GQ’s platform as an opportunity to talk about his organisation UTCAI and the amazing work they are doing as a collective. With the involvement of Margate based organisation People Dem Collective, and the support of Black Dog Films, we were able to give opportunities to young people in Margate to get valuable experience on set, and become a part of the production process, with questions to Patrick being asked by Kane McArthur and images being taken by Sterling Chandler, which have since been printed in GQ’s 2020 Men of the Year issue. This to me felt like we were creating intrinsic value in the process.

LBB> How did you decide on the tonal feel for the film?

Tom> In general I like to let the tone of any film I’m directing be guided as much as possible by the character and energy of the protagonist. Patrick is an extremely modest and thoughtful individual, with a great deal of wisdom to share. As a result the film took on a reflective sort of tone; and he became this centre of peace and compassion amidst the chaos and tension of the protest archive footage. As a result it was Patrick’s grounded demeanour and quiet strength that guided the tone of the film. It was this that informed the editing style and original music composition by Steve Pringle.

LBB> As a director, do you feel it's important to also make work with purpose?

Tom> I think the events of this year have definitely put a lot of things in perspective, and it feels like an important time to think very carefully about not only the sort of work we make, but how we make it too. It’s definitely important to me to make work with purpose, but that doesn’t necessarily mean it has to carry some profound political message. I think what’s most important is making honest work. That can be silly or surreal or just for joy or escapism, or it can be more literal or explicit if the subject demands it. It’s important to me to exercise both sides of my brain and maybe a balance between the two creates the best outcome.

LBB> Humour was a big part of your film, which can be hard to shoot naturally, especially unscripted? What was the idea behind the creative and how did you execute it?

Greg> A large feature of the Bond canon is a gruelling interrogation scene, and it felt apt to put Lashana in the hot-seat.GQ came to me with the brief that we would hook Lashana up to a machine as an extension of their Lie Detector led interview series under the Vanity Fair label.
It was key that we built a genuinely tense atmosphere, taking inspiration from the dark and sometimes clinical lairs of infamous Bond villains - if Lashana was too relaxed the interview wouldn’t work. The same approach went for the questions - they needed to be high stakes, ones she would genuinely want to avoid or smooth over. Then - the lie detector itself; it was functional but unreliable at best, and yet Lashana had no reason to believe it was nothing but fully operational, so we used that to our advantage to really wind Lashana up - sometimes I could manipulate the machine into indicating a lie simply to get an incredulous reaction from her.
Ultimately, we did as much as we could to throw Lashana into the drama and tension of a real interrogation - where the comedy would come from her genuine reactions and nerves around being hooked up to the lie detector, regardless of its reliability. It helps massively that Lashana was a great sport; she really embraced the concept and had a good laugh doing it - and so did we. 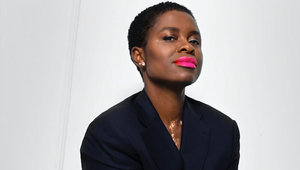