How Did Advertising Become a Dirty Word?

Awards and Events 330 Add to collection

Adfest 2014: D&AD President Laura Jordan Bambach asks if the industry could do better 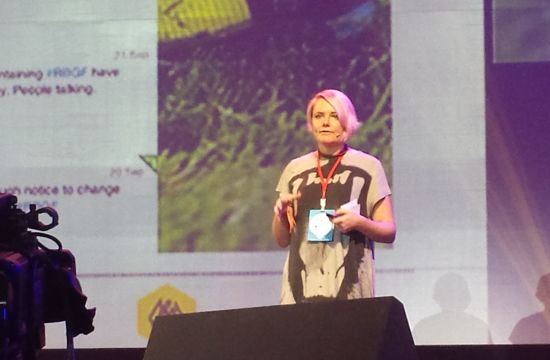 Advertising is going through something of an image problem and it’s become something of a dirty word. Even people who work in advertising are finding increasingly creative ways to describe what they do without mentioning the ‘a’ word. All is not lost, however, as D&AD president Laura Jordan Bambach demonstrated as she took to the stage at Adfest today.

Using a range of examples, she showed how advertising, and in particular digital advertising, was being used to create meaningful brands and help businesses do some good.

Isobar Melbourne’s Unlock the Grid project was shown as an example of a project that resulted in substantial improvement upon local people’s lives. By gamifying the issue of gridlocked traffic and helping people reduce their personal contribution to congested traffic, the project resulted in a 38% reduction in the city’s congestion.

Unlock the Grid from Yes Captain on Vimeo.

Another example used was CP+B London’s Rainbow Laces project with Paddy Power and the charity Stonewall, in which football players were invited to show their support for LGBT issues by wearing mutli-coloured laces on their football boots. The brand engaged with complaints from football clubs with cheeky, provocative social media and turned the campaign into a nationwide news story.

It is, according to Laura Jordan Bambach, imperative that agencies engage in activities that result in substantive, positive change. “It’s in our power to fix things. Advertising will always be need but the value our work has and the respect we get will just continue to go down if we don’t do good,” she said. She then invited the assembled audience to support initiatives such as Adfest’s Lotus for Humanity and the D&AD White Pencil.

When asked about the distinction between brands engaging in genuine, meaningful projects and those which could be seen as ‘whitewashing’, she replied, “There’s a danger that you might be seen as disingenuous but it’s better to do something than nothing. It might not be saving the world but you can still do good.”