How Deutsch Turned a Microwave Into a Micro-Rave 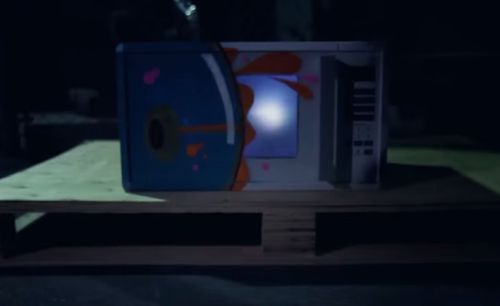 What is a MicroRave? Exactly what you think: rogue popcorn popping to techno music. So why did Pop Secret decide to spray paint a perfectly decent microwave and spend countless hours filming energetic, slightly rebellious, trendy popcorn kernels popping to the deep thump of techno?

Because EDC just happened to be this weekend. And because popcorn is fun. Pop Secret thinks that if something like the MicroRave doesn’t already exist, then why not?

It wasn’t as easy to pull off as you might think:

A specialized microwave repair man had to cut out the back, bottom and front door mesh of the microwave using a laser. Yep, a laser.

A hot plate was rigged onto the spinning wheel of the microwave that popped several Pop Secret Jumbo Kernels soaked in oil.

Deutsch went through 3 canisters of Pop Secret Jumbo Kernels, more than 5.5 lbs, for both the shoot and testing.

They also went through 5 rolls of paper towels to clean up the popped kernels and oil.