Dole brands Gokusen the ultimate banana for the Tokyo marathon 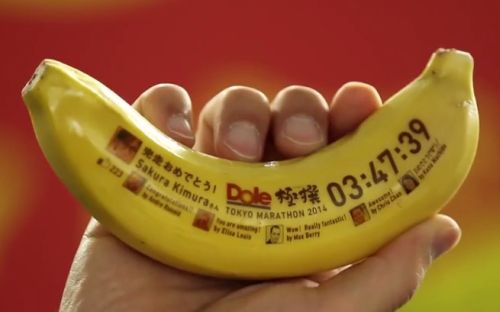 Already the banana of choice for the Tokyo Marathon, Dole leveraged the event to brand its supreme ‘Gokusen’ as the ultimate banana in Japan.

Extra sweet, delicious and most importantly the best nutritious energy supply for all marathoners, Gokusen’s price is double that of a regular banana, so the challenge was to prove it worthy of its premium price-tag and make it live up to its name – Gokusen means ultimate in Japanese.

By linking to Tokyo Marathon participants’ RFID chips, runners signed up on Facebook for the chance to win the ultimate ‘Banana Trophy’. Upon crossing the finish line, RFID chips triggered automatic posts to runners’ Facebook pages, and 200 lucky winners rewarded with their unique ‘Banana Trophy’, printed (in edible ink) with their profile, marathon time and FB friends’ messages of support

‘The golden trophy you can peel!’, ‘Eat it right after you share it!’, ‘The banana too precious to eat!’ swept web media and SNS with over 720,000 shares. ‘Banana Trophy’ was shown on the largest national TV news and largest newspaper in Japan. Media cost was zero, but the total coverage was worth well over 1,100,000 USD, reaching more than 28,000,000 people in total.

Dole’s ‘Gokusen’ became the ultimate banana in both name and reality, not only to the runners but to the whole nation. View the case study video. 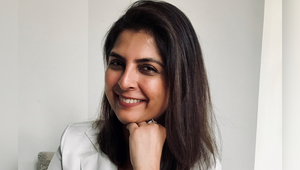