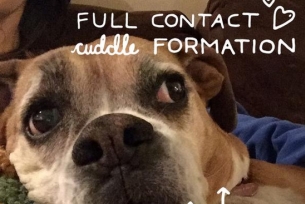 Super Bowl XLIX was the most-tweeted Super Bowl ever, and if last year’s game was any indication, a large portion of those tweets centered on pets. This year, Deep Focus created real-time social media content for Purina’s #BetterWithPets game-day activities, working closely with the agency’s Moment Studio in New York City to create real-time content in response to brands and users watching the game.

In addition to the on-the-go content, premade shareable Twitter content celebrating big moments during the game was provided to users with the advice they may need to help keep their pets occupied during the game, and celebrate those better together moments that encompass Purina’s #BetterWithPets messaging. For the first time in Purina brand history, Purina was able to respond to users talking about watching the game with their pets with custom-created gif responses related to the Super Bowl. 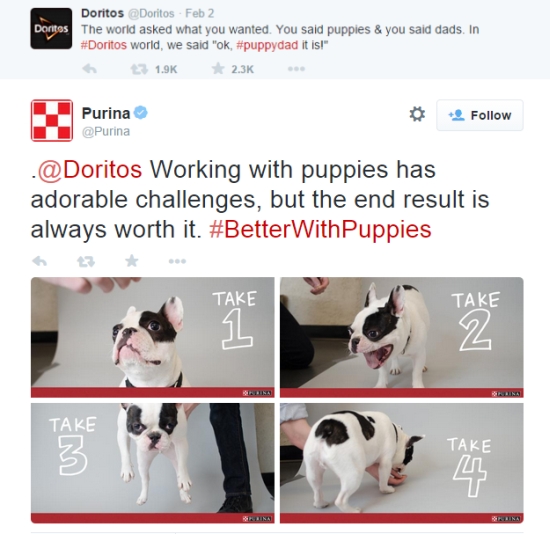 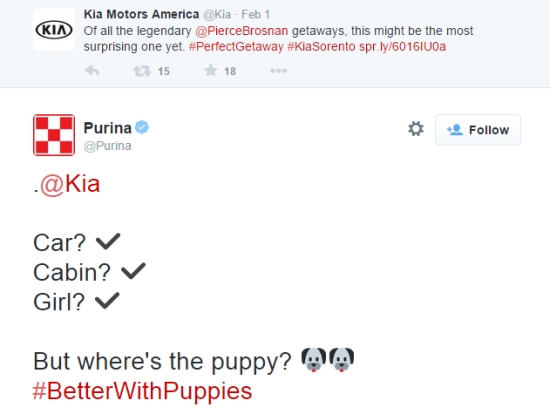 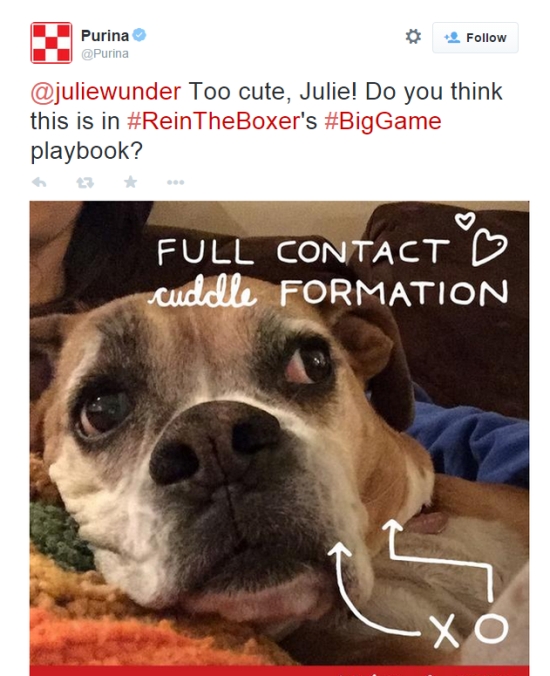 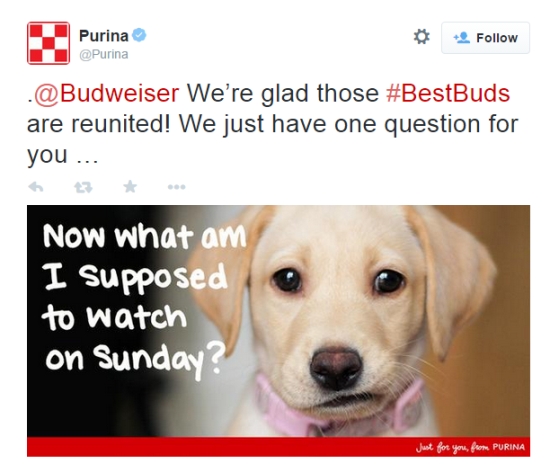