How DDB US Is Tackling Gender Imbalance in the Advertising Industry

'Better By Half' initiative launches to promote gender equality across Adland 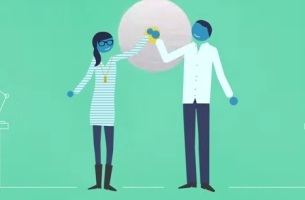 DDB U.S. has announced the launch of its “Better By Half” initiative, a commitment to help promote gender equality at DDB and throughout the advertising industry. “Better By Half” was created as a result of DDB Worldwide’s International Women's Day campaign around “Empower” in 2014. The Empower website, created by DDB Chicago, features photos of women from across the DDB Network and tweets from female employees on Twitter, answering the question, “What empowers you?”

“We have to stop thinking of gender balance as a women’s issue,” said Mark O’Brien, President of DDB North America. “Since gender balance benefits everyone, both men and women need to be part of the conversation. We will have representatives on the Better By Half Council from our offices in New York, Chicago and San Francisco. With this launch, our goal is to lead the way in a dialogue that is intended to identify and remove the obstacles that lead to gender imbalance, especially at the more senior levels of management.”

Executive Creative Director at DDB New York, Janet Guillet, has been appointed as the first President of the Better By Half Council by O’Brien. She said, “Gender balance is in our DNA. I like to think that, from the very beginning, Bill Bernbach knew if he wanted to spark a creative revolution he needed both a Bob Gage and a Phyllis Robinson.”

The Council will tackle today’s hot topics when it comes to gender in the workplace, including: career development, mentor programs for women, increasing the number of women in leadership positions, developing a network for overcoming women’s challenges, and joining the conversation at industry events and with industry organizations, among many others.

O’Brien added, “We believe that making DDB a place where women feel they can thrive and grow throughout their career will give us a competitive advantage. Everyone agrees that the differentiator in our business is talent and when it comes to talent, we believe that advancing women into more senior leadership roles will make DDB, ‘Better By Half’.”

DDB also released its Life Style Study to coincide with International Women's Day, which you can view here. Interesting insights include:

- Women are significantly more likely than men to believe that a woman has to be a “superstar” to get to the top of her profession while a man just has to be “above average.” 61% of women hold this view compared to 39% of men. Across generations, data indicates that Boomer women are significantly more likely to believe this than their GenX and Millennial counterparts.

- When we consider attitudes about leadership, there is a definite gender bias against women. 36% of men believe “men are naturally better leaders than women” while only 17% of women would agree.

- In perhaps the most telling barometer of this sentiment, 29% of men indicate they think the President of the United States should be a man. More surprising, 21% of women also share this view.