How DDB Colombia's Honda Helmet is Helping Slow Down Motorcyclists 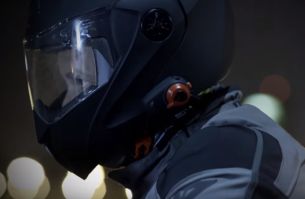 Facing the increase of death among motorcyclists caused by high speed, Honda launched has 'Keep Safe Whispers', a communication platform to help in preventing accidents. DDB Colombia’s idea allows family and friends’ motivational messages to reach motorcycle drivers while they drive, inspiring them to reduce speed and be safe.

Through an App found on the Apple Store, people can record messages to store to a system. The GPS recognizes when the speed reaches the limit, and the app instantly reproduces the messages via Bluetooth to the helmet’s intercom.

To transform regular helmets into devices that stimulate to reduce speed, DDB brought together a mixed group of mechatronic engineers, system engineers, product designers and web designers who worked together with the DDB team.