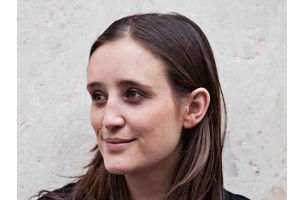 The ElDorado Festival was launched to celebrate the best of the best within Colombian advertising. As it gears up to kick off for its fifth year, the country of its birth and focus finds itself in a very interesting place. Colombia is about to sign a peace treaty between the government and Farc rebels, which will mark the end of one of the longest wars on the planet. Executive Director of the ElDorado Festival, Paula Feged, believes that “creativity and the industry of communications will play a fundamental role in imagining and achieving a new way of life”.

LBB’s Addison Capper chatted with her to find out more...

LBB> This is the fifth ElDorado Festival - how has it evolved over those five years?

PF> The ElDorado Festival has always been about creativity at its core. However, the way we understand creative processes has changed over the years, as we learn from each year and the speakers that visit us. While we have had a wide variety of headliners, there is one idea that all stress as key to creative processes: they do not happen in isolation, in an island. So we have pivoted to include a wider audience and speakers as part of the festival.

We think of it as an arena to share experiences about creative processes, and the more we learn, the more we want to host creative, restless minds, regardless of where they come from. As a matter of fact, we have seen that creative minds are curious and nurture from all sorts of disciplines to produce the most outstanding creative processes.

As each edition passes, ElDorado becomes more about nurturing creative minds and processes by exposing audiences to diverse content, from film, literature, music, spirituality – the least common, the better! I would say that we have learned a lot about the creative process from all speakers, and each year we make a greater effort to become an arena of inspiration and creativity.

LBB> This year the event is focusing on how creativity can contribute towards a bright future for the world. Why have you decided to focus on that and how are you going to do so?

PF> As you probably know, Colombia is about to sign a peace agreement to end one of the longest wars on the planet. However, this agreement is a mere beginning to a process that promises to be harsh and challenging. In the spirit of Josey Wales, governments and institutions are one thing, but it is people that live and interact with one another.

Creativity and the industry of communications will play a fundamental role in imagining and achieving a new way of life, in everyday and trivial actions. The peace agreement is a legal context, but the way we live through that agreement, the embodiment of such context, will be influenced to a great extent by the messages that media, brands and other influential members of our society convey. We believe it is one of the most exciting moments for our country, and for our industry, and more than lecturing on what that role should be, we want to be the place where the discussion is held, where ideas that contribute and critique such a moment are discussed.

LBB> How would you describe the creative landscape in Colombia right now?

PF> Colombians have always taken pride in being inventive and recursive. However, I believe that for many years all that creativity was isolated due to the armed conflict, and the world order: few people visited the country during the most violent years, but many people left. This exposure to other ways of thinking and working nourished creative processes and strengthened idiosyncratic values that have given our landscape an authentic voice with an international reach. Lately Colombia has opened up to the world, and in doing so we have learned from visitors, but we have also begun to find our voice. I do not claim this to be a finished process, but rather, the beginning of a new cycle, where our creative processes are learning to interact with peers in the international arena. We work really hard so that our festival is one of the main enablers of such an interaction.

LBB> What is most exciting for you within the market?

PF> As I have said, I believe we are living through one of the most exciting times in history for our industry, both in our country and all around the world. The fact that we are all connected on top of the new means of content imply that the audiences and the public have a powerful voice too. It is no longer valid for a brand to speak to its users – it works both ways, and transparency, collaboration and so on, have become more important than ever before. Messages are having a huge impact in politics and in the way that citizens are organizing throughout the world to convey messages, to be heard. I think we are on the verge of new types of social movements, mediated by the rise of novel channels of communication, with interests that transcend national borders and stakeholders that are redefining the market as we know it. But when you think about it, it always boils down to the same job we have always done: communication.

LBB> Which are the biggest challenges for the ad industry in Colombia right now?

PF> As I was saying, I believe we have begun finding our voice, reflected in the conjunction of local creativity, the inventive personality of Colombians, being locally relevant while at the same time gaining recognition in the world. We have seen some magnificent examples emerge in the past few years, projects that combine new media, design, engineering in social causes with corporate brands. But it is one thing to have a voice, and another is to be a choir, if I may. I believe the biggest challenge for Colombian creativity is to articulate all the individual expressions of success into an identity. A collective branding exercise that many other countries have managed to complete.