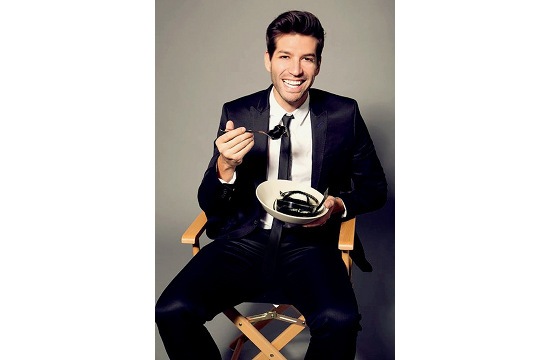 The idea of their son making money from filmmaking was a little dubious for Alberto Belli’s parents, so in a bid to keep them happy he decided to major at college in computer science. For him, the two skillsets go hand-in-hand. But he couldn’t let his boyhood dream of being a director go. He pursued it, did a masters at the University of Southern California, recently landed himself a place on the Saatchi & Saatchi New Directors’ Showcase for the quite brilliant ‘It’s Not Porn’ for HBO, and has two very proud parents. Belli spoke with LBB’s Addison Capper about how computer science and a career in modelling have helped him hone his filmmaking attributes.

AB> I grew up in Mexico with my Italian parents. As a kid I was terrible at sports, introverted and a straight-A student. It was difficult for me to connect with other kids but I used to direct video assignments at my elementary school every semester, and that made me connect with my classmates - they were a lot of fun to do and the whole school enjoyed them.

LBB> Your three professions differ massively - director, computer science engineer and model. How do you channel those three things into each other?

AB> Oddly enough, they have all been very useful in directing. In computer science, every department that is developing a software needs to be on the same page and have a very precise guideline otherwise the programme won't work. It is the same with directing. I have to be able to communicate with the various departments and create a unified vision to tell a story. Modelling helped me become more extroverted which is crucial for a director. Working as a model also allowed me to be on big sets on the other side of the camera. I got to observe what works and what doesn't work.

LBB> How did you get into each one?

AB> The idea of being a director was too crazy for my parents. I decided to major in computer science in college because technology and filmmaking go hand in hand, especially in the last decade. And ever since I was a kid, directing was my dream. I got my masters at the University of Southern California after my parents realised that I wouldn't let go of my filmmaking dream. Now they are very proud! Modelling was random. When you are tall and decent looking, scouts stop you. I never took them seriously, but ended up trying it out after the photographer who took my photos to raise money for my thesis film convinced me. It was a way to support myself as I built my directing portfolio.

LBB> Your Twitter page says you ‘take comedy very seriously’. Can you tell us a bit about that and why it’s important to you?

AB> Making comedy work is a serious business! In general comedies are not as critically recognised as dramas, but I believe if someone can make you laugh they can easily make you cry - but not the other way around.  I watch movies, TV and spots to be entertained and forget about the daily issues. If I can do that for someone else it really makes me happy.

AB> The idea came from hearing my actor friends’ excitement when they booked a role. I thought, if they booked a nude role on HBO, would they be as excited to share the news?  I worked with Jim Mahoney and Zach Lewis to write the script. It took a few weeks of preproduction and a weekend to shoot and edit. When I posted it online, I couldn't believe the response.

LBB> The performances of all the cast members are superb. What kind of conversations were you having with the prior to and during production?

AB> Thank you! Comedy only works if the situation feels real. The more the actor plays the joke the less funny it is. I always make sure the actors ground the crazy situation of the scene to a personal experience. In this case, landing a big role was easy for them to relate to, but I wanted to make sure the stakes of who they were talking to and their relationships really showed. I talked to each actor about their relationship with the person they were sharing the news with. For example, how jealous the boyfriend was or how conservative the mom was. That really helped them find the right tone and feel believable.

LBB> What does the rest of the year hold for you?

AB> Hopefully more national and international commercials. I also just sold a TV show about my short modelling career so I'll be working on that, and I'm developing a few feature scripts. Later this year, a web-series I directed called ‘Pop Up’ will be released.