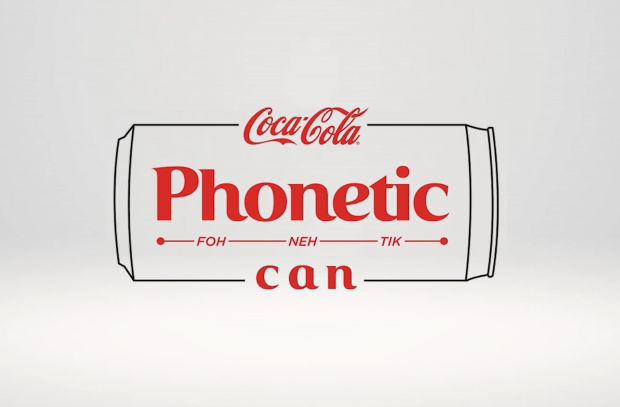 It’s been 25 years since apartheid was dismantled. South Africa now recognises eleven official languages. But the truth is, South Africans still can’t say each other’s names.
In the summer of 2018, FCB Joburg and the brand known for putting people’s names on its cans – Coca-Cola – did something more. Together they helped introduce South Africa to South Africa, by putting the phonetics of each name from all the different languages and cultures on Coca-Cola packs, effectively teaching South Africans to greet each other, by name, correctly.
Discussing the briefing, integrated marketing communications director Monali Shah explained: “The original ‘Share A Coke’ campaign that put people's names on cans was a global success. This time, we should aim to take it even further in bringing South Africans together.”
The campaign went beyond this, opening up conversations about identity in South Africa that have always been swept under the rug. The Coke Phonetic Can campaign addressed one of the fundamental social barriers preventing South Africans from finding common ground and understanding each other. Its success was born from a simple, clear insight shared in a manner that resonated with ordinary South Africans.
“A fundamental first step in getting to know someone is being able to greet that person and say their name correctly. However, with eleven national languages, people needed to put in a lot more effort to understand each other,” explained FCB Joburg chief creative officer Jonathan Deeb.
“By adding the pronunciation to people's names, the Coca-Cola can became much more than an acknowledgement of identity – it became a teacher, a change maker. Wherever there was a Coke Can, there was an opportunity to learn, or at the very least, to just try. The Can became an invitation to say a name without fear. It became a way to bridge language divides, an education tool and a symbol of cultural pride,” he said.
The Coke Phonetic Can campaign was one of the largest integrated campaigns tackled by FCB Joburg in the past 12 months (the campaign broke in November 2018, with elements running until June 2019).
Devised by FCB Joburg's creative team comprising of creative director Suhana Gordhan, senior art director Jonathan Wolberg, senior copywriter Paul Frade and art directors Jeremy Miller and Yaseen Mahomed, it began with the name and pronunciations on Coca-Cola packs but extended much further into countrywide activations, television, cinema, radio, in-store, outdoor and numerous social content components.
“For a campaign about social cohesion and respect, the agency wanted to feature everyday South Africans and cast for names, not faces,” said FCB Joburg creative director, Suhana Gordhan.
“Those people were part of over 30 pieces of TV and online content, and were featured in over 800 outdoor sites across the country. Radio told stories about name mispronunciations, while highlighting the interesting differences in our languages. National radio stations changed their names and jingles for the day to the most difficult names in South Africa. By teaching a vending machine your name, you could get your own personalised can. Online, Coca-Cola spoke to teens in their native tongue – GIFs – and for the complex African click sounds, episodic sound guides were created,” she said.
To ensure total inclusivity, FCB Joburg consulted with The Department of Home Affairs to gather data on South Africa’s most popular names per region based on all eleven languages. Working with linguistic professors and writers, it developed a simple, non-academic phonetic system.
Interestingly, the out-of-home strategy deliberately mismatched languages to regions. This meant that people in KwaZulu-Natal, a province of predominantly Zulu-speaking people, were served billboards in Sotho, Xhosa or any language other than Zulu. People in the Eastern Cape, where Xhosa is mostly spoken, would see Sotho or Setswana billboards. In other words, everyone always had a chance to learn a name they didn’t know.
The campaign captured South Africa’s imagination, with people spontaneously generating and sharing their own name stories. A language teacher even requested permission to use the campaign content as a teaching aid in her classroom, and the country’s largest soap operas picked up on the campaign and included the phonetic can in their storylines.
Furthermore, FCB Joburg’s industry peers gave the initiative the thumbs-up. AmaCreatives, an online community of young industry talent highlighting African creativity in all mediums and platforms, had this to say: “Coca-Cola gives power back to the people of South Africa. This is what we call a CREATIVE MZABALAZO!!” (creative revolution).
While the campaign results were beyond impressive and peer praise is always welcome, FCB Joburg and Coca-Cola were most pleased to see that in a country with a complex history, The Coke Phonetic Can campaign inspired something really special. Respect for each other’s names and for South Africa to finally say names like Tsholofelo, Xolisa, Johannes, Relobogile and Tamsanqa right. Or at the very least … to just try.
view more - Creative