How Classic Characters Can Add Value to Your Advertising 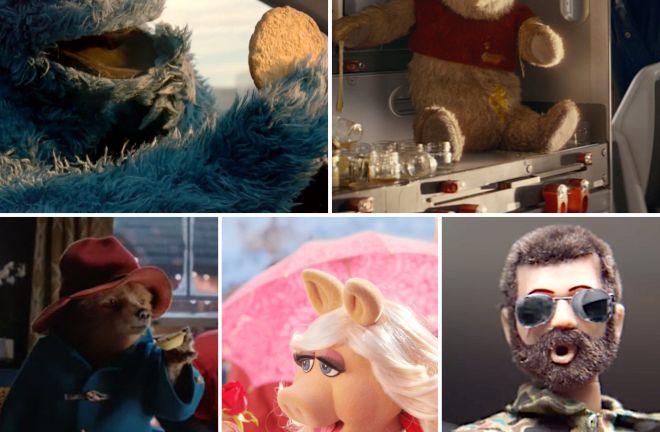 Viewers of the spot will see one other recognisable name in the campaign - the one and only Winnie the Pooh.

Winnie the Pooh has been beloved by people around the world for over 90 years. The brand has stood the test of time, with ongoing new content (such as last year’s film Christopher Robin) and licensed products on retail shelves around the globe.

Here are five examples of classic characters featuring in advertising from the past five years:

Born Licensing manages the licensing of The Muppets on behalf of Barclaycard. The now iconic characters were created in the 1950s.

Paddington Bear stars in the Christmas campaign for Marks & Spencer. The character is a true classic, first appearing in book A Bear Called Paddington on 15th October 1958.

Born Licensing manages the licensing of classic toy character G.I. Joe for Subaru Australia. The original G.I. Joe action figure was introduced to the market in 1964.

BMW licenses Sesame Street’s Cookie Monster, a classic character that has appeared in Sesame Street since its premiere in 1969.

Apple launches a new campaign for their Macbook Air product that featured a range of classic characters including Disney’s Snow White and Mickey Mouse.

Classic characters have generational appeal and can often speak to a range of demographics. For example, a toddler and a grandmother could have both watched the BMW ad and instantly known who Cookie Monster was and had an emotional reaction.

Characters that have been around for decades can also come with strong nostalgic appeal. Anyone watching the Subaru commercial in Australia that had a G.I. Joe of their own as a child will almost certainly get that warm and fuzzy feeling associated with their childhood.

There is also a lot of goodwill linked to classic characters. They’re often more trusted than newer characters due to the amount of time they’ve been around and how familiar we are with them.

Keep your eyes peeled for more classic characters in advertising!

*By ‘classic’ character, we are talking about characters that have existed for over 50 years.