How Chinese Wings Are Lifting Dreams around the World 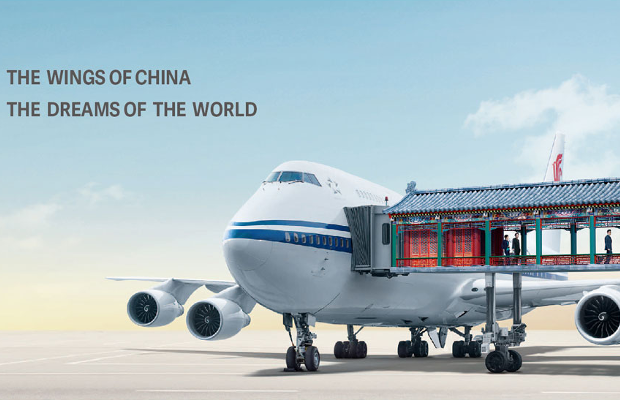 As the Chinese economy becomes ever more globally focused, brands from China are looking beyond the gigantic domestic market of the world’s second largest economy. Fuelled by Chinese creativity, they are promoting themselves abroad more and more.

This message was at the core of the introductory speech given in Cannes by China Advertising Association president Zhang Guohua at the House of China during Cannes Lions. “The creativity level is getting better and better from the local market,” he said. “The industry is getting more involved in international communication at these kinds of platforms including Cannes Lions.”

The purpose of the event was for his association to award Air China with the Chinese Global Brand Builder Excellence Award in recognition of its Land Your Dream campaign. Zhang Guohua remarked on its effectiveness: “More and more passengers from China going abroad make Air China one of their first choices, with its high level of security guarantee and its first class equipment and service.”

The Land Your Dream campaign reflected the Chinese flag carrier’s business goals more broadly - it has been focusing on sustainable expansion of its global route network, now spanning six continents, 45 years on from its first international route between Beijing and Paris.

J. Walter Thompson, Burson Cohn & Wolfe and Mediacom were the agencies tasked with managing the messaging for the campaign. “We think these agencies are very professional and appropriate for our ideas,” said deputy general manager of Air China Europe Xu Peng.

The brief had been a relatively simple, if not easily accomplished, one: “To let our customers get familiar with Air China,” said Xu Peng.

“With the deepening of the economy’s globalisation, the competition of the international air transport market has become increasingly fierce,” he said. “In this context of a highly globalised aviation industry, we have followed the pace of China’s development strategy, playing a major role in leading Chinese airlines going global, and expanding the international market with a positive state of mind.”

Elaborating on the campaign's aims more philosophically, he added: “The goal of the Land Your Dream campaign is to give travellers the motivation and means to discover all of China through flying with Air China. Our aim is to raise public awareness of Air China and how it can help travellers realise their goals and dreams of coming to China and discovering all our country has to offer.”

The initiative began domestically, but from 2018 the campaign was rolled out across European channels. This communications push abroad is uncommon for an airline originating in the Middle Kingdom, but Xu Peng noted that looking outwards is in fact not so unusual for his company. Its Chinese name (中国国际航空股份有限公司) actually translates as China International Airlines, he pointed out.

As an advertising client on the international stage, he admitted that Air China was new to this way of working. “We are not very experienced,” he said. That’s why they relied heavily on the expertise of the suite of WPP agencies they chose to work with. “They can support us and help us to access resources,” he said. “They give us some very wise ideas to make things better. It’s a circle. After each stage we have to evaluate for effect and that allows us to move further to the next market. We have no experience in these nations. So at first we discussed with our partner agencies. They give us their own ideas. We practiced on the China side. We evaluated internally so we can reach our targets. Then we just push it in the overseas nations.”

The results of the campaign have been impressive. “We have seen great successes and a noticeable improvement in Air China’s perception and recognition amongst international audiences,” said Xu Peng. According to data from research institutions, he said, brand awareness increased by 6% in the UK, 11% in France and 15% Germany.

Using creativity to build its brand beyond China’s borders, this is undoubtedly the beginning of a new phase in Air China’s story and one that other Chinese brands would do well to learn from. If you watch the brand develop from here, it will surely continue in its aim of, as Xu Peng puts it, “connecting China and the world.”