Having laid a firm foundation of sensational pop videos, the PRETTYBIRD duo’s past year has seen two huge works rethinking what film projects can be within culture, writes LBB’s Alex Reeves 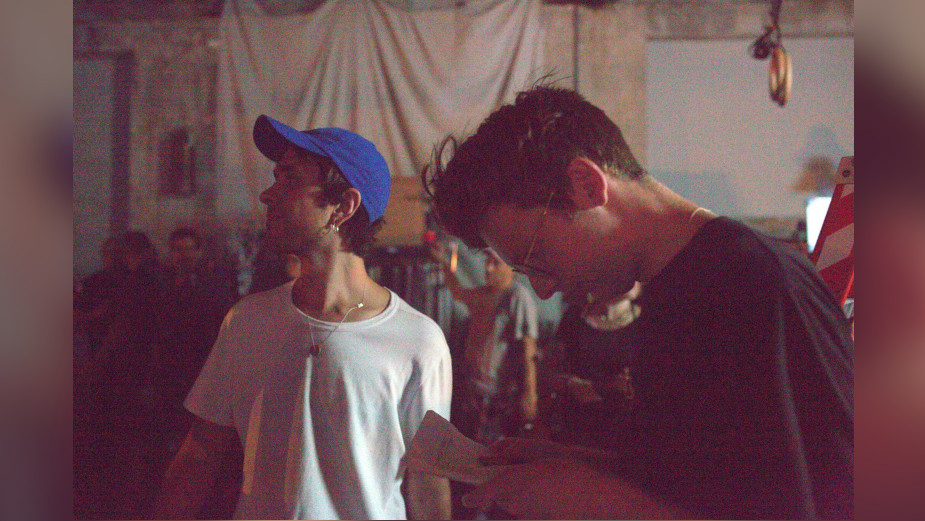 Bradley & Pablo only directed their first music video in 2015, but they set the tone from the outset. The promo for the song ‘Hey QT’ by QT - pop persona and living embodiment of the semi-fictitious DrinkQT energy drink, “does have quite a lot of relevance to what we continue to do in all of our work,” says Bradley. Reflecting on the themes they’ve kept prodding at since, he notes that the video “takes culture and it plays with it, messes around with it and heightens it. There's a whole world of layers and subversion going on in that video that continues to kind of inform the way we approach things. The way we actually execute is completely different now. But conceptually, there's definitely some interest artistically that does find its way into most things we do.”
That thread is what keeps Bradley & Pablo’s body of work so thrilling. A personal favourite from the pair’s music video portfolio is ‘Blame It on Your Love’ by Charli XCX feat. Lizzo, which riffs on concepts that make sense as part of the duo’s visual oeuvre. Like “prosthetics and future subculture couples,” as Pablo puts it.

Working with Lil Nas X on his ‘Rodeo’ promo took these ideas further, experimenting with various personas with one of the most vibrant pop-culture figures of the times. Pablo admits he was a “dream collaborator because he's so willing to embody these different characters and take on different personas. I think it's a real gift inside the music video space that he is willing to push these worlds very much outside of the real him.”
The LA-based pair, who are represented by PRETTYBIRD, point to another highlight of their reel - ROSALÍA’s ‘Aute Cuture’ - as a demonstration of the multi-layered depth they aspire to in their work. “There's a lot of intrigue there and easily a full movie that we could make out of just that little town,” says Bradley.
It’s no surprise that they’ve been looking at working in longer formats. And lately, they’ve taken a significant step in that direction with ‘Fracture’.
Working with Channel 4 and luxury fashion house Balmain (and its creative director Olivier Rousteing), Bradley & Pablo directed the drama series starring singer-songwriter Jesse Jo Stark, Riverdale’s Charles Melton, Tommy Dorfman from 13 Reasons Why and Skate Kitchen’s Ajani Russell.
It represents Channel 4’s first-ever branded entertainment drama series and the first time a fashion house has partnered with a broadcaster in this way – with the cast’s wardrobe featuring Balmain’s Fall 2021 designs throughout each of the five eight-minute episodes.

Creative agency Sunshine and Balmain had been developing the Fracture story for a while before Channel 4 came on board and before it came across the PRETTYBIRD HQ desk.

“It was a crazy exciting opportunity for us because our ultimate ambitions are in long-form,” says Bradley. “And it's hard to even get those worlds to crossover as it is, to convince people in the film world that you can do something based on your music video work or commercial work. So when this came about, it was a window into the TV world for us.”

Even more exciting, Bradley & Pablo had plenty of room to manoeuvre the Fracture concept into something that bears their creative signature. “In lots of ways it was kind of positioned like a normal commercial would come in, but also they didn't have a fully-formed script,” says Bradley. “We were sort of pitching off a concept, as opposed to a script as it would usually come if it was TV. So it was an organic, untraditional process, but one that worked really well for us.”

The overall premise was there, following the mysterious Mya (Jesse Jo Stark), a struggling singer-songwriter who has fled her privileged life in New York for a solitary existence at the equally furtive Le Rêve - a motel on the outskirts of LA, a shabby but charming landing spot for an array of colourful characters. Bradley & Pablo explain how the writers changed and developed the initial plot over the course of the series, taking their feedback into consideration. “The character arcs stayed the same from the beginning, but the actual plot was pretty different,” says Bradley.

The pair also made an effort to shape the world and its tone into something that harnessed the enchanting energy of their music video work. And that was more welcome than they’d expected. Bradley admits: “We went into the process fearing it was gonna be hard to make a legitimate drama because of the interests of the brand - that the brand might try and dilute stuff down. But actually, to their credit, they were really open, they wanted to make a TV show and they wanted to do it properly. They didn't want it to be like any other fashion film today, which aspire to be in the long-form world but don’t quite feel authentic. They were genuinely really trusting of what we wanted to do.”

It helped, of course, that Bradley & Pablo don’t deal in gritty realism, but more in the heightened, otherworldly dreams that suit the aesthetics of the fashion world. Fracture, as a result, found a hybrid tone which Bradley describes as “verging on the surreal”. Pablo elaborates that every decision they made came back to that goal, from the way it was shot, to the lighting, the set design, the camera language. “I think it was just finding the perfect balance between something that stylised, elevated and pushed [the story] into this sort of magical realism, otherworldly space.”

The directors applaud Channel 4 for putting their resources and support behind a drama made for a fashion house - something that’s never quite been done this way. “This is hopefully the beginning of more,” says Bradley. “And it really does make sense for fashion in particular. With the shock that hit fashion in 2020 when the pandemic hit, he notes that labels suddenly had to learn to communicate their vision without the catwalk. “So projects like this make so much sense. Even beyond the pandemic, we don't need to be in physical space. Brands talk all the time about who ‘the girl’ or ‘the guy’ is. That to me makes so much sense in the film and TV space. You spend so much time defining who those characters are, and you can really get invested in and love them in a way that is much deeper than just putting them on a catwalk.”

The pandemic has put Bradley & Pablo through an intense process that Fracture runs in sharp counterpoint to. From right near the start of Covid, the pair began working with long-time collaborator Charli XCX on a documentary, Alone Together, about the creation of the artist’s 2020 album ‘How I’m Feeling Now’.

The documentary premiered at SXSW in 2021 and highlights how Charli worked through Covid to put together a full album in 2020 under lockdown conditions. Pablo describes it as “the best lesson we’ve ever had,” giving the duo an intense crash course in narrative arcs and character development and storytelling. “Alone Together became our life for a year and it was also intensified by the fact that the main part of it was during the main body of the pandemic when you literally were stuck in your room. You weren't seeing anyone else. You weren't really going outside. You just wake up, look at Charli for like 12 hours, go to bed, wake up and look at her some more.”

Assembling seemingly endless self-shot fan footage meant the pair were working with much rougher raw material than the fairy dust they usually build their magical worlds from. And the result is a unique art form that could only have resulted from 2020.

Moving from that to Fracture has been a double bill of experiences that have taken the filmmakers to new levels. “Those two things together have just been invaluable learning experiences,” says Pablo. “So hopefully the next thing is going to be absolutely sick.”

Both are novel works of filmmaking that demonstrate the resourceful creativity of Bradley & Pablo. And while they are proud of Alone Together and Fracture, they’re excited to apply the lessons from them to a more traditional music video or commercial format - something they haven’t flexed since Harry Styles’ ‘Watermelon Sugar’. “It's been interesting finding new kinds of ways of working,” says Bradley. “These projects have an interesting space in culture.” They’re exciting spaces, but as Pablo says: “It's been a minute since we last made a music video. So we’re due one.”