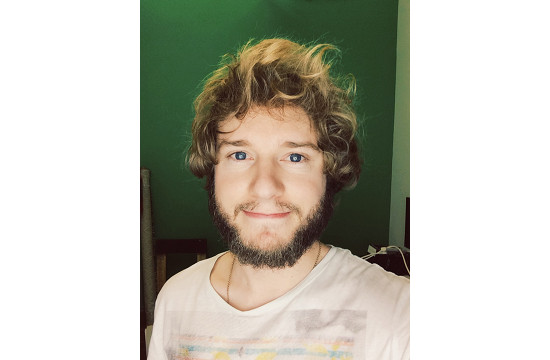 Most directors never get to see their name on the Cannes Palais’ Grand Audi screen during Saatchi & Saatchi’s New Directors’ Showcase. Vania Heymann saw his twice this year. The young director was plucked out for his awesomely fun interactive video for Bob Dylan’s ‘Like A Rolling Stone’ and ‘Walking Contest’, a humorous short that hits home the peculiarities of humans while walking next to strangers. Addison Capper caught up with Vania to talk logistics of making 16 versions of the same film and how annoying his teachers led to a life in filmmaking.

Check out the full interactive Bob Dylan video at: http://video.bobdylan.com/

VH> I grew up in Jerusalem – my family is Jewish orthodox. I wasn’t into filmmaking as a kid but I have drawn since I can remember myself. My teachers hated it. They used to rip the drawings out of my notebooks, especially when it featured their portraits.

LBB> What first drew you to filmmaking?

VH> About three years ago I bought my first video camera, and after making a few really bad videos I felt like I’d found a new playground to play in. I learnt how to edit and do VFX through tutorials on the web. So I guess my answer is that I kind of fell into it – and once I found it I knew it was a place I’d want to stay and evolve in.

LBB> How does it feel to be included in this year's Saatchi & Saatchi New Directors' Showcase?

VH> It’s a great honour to be on a list that has included so many of my favourite artists.

LBB> Tell us a bit about 'Like A Rolling Stone' - what kind of brief were you initially presented with and why did it jump out as something you'd like to get to grips with? Had you worked with interactive film before?

VH> The brief for Like a Rolling Stone was very simple – make an interactive music video for Like a Rolling Stone. Obviously I was very honoured and excited to have a chance to work on a Dylan song – and it being such a classic song just sealed the deal. I mean every Dylan song would have sealed the deal, but that specific song made it even more irresistible. I started working at an interactive company just before I got this brief and I had just started to experiment with different interactive ideas.

LBB> And the logistics of the film are super interesting - did you actually shoot the footage or is it sourced from TV and edited in post? What other techniques did you use to make the film a reality? What other notable points really stuck out for you during production?

VH> We shot all of the footage in the video. The footage is a combination of ‘fake’ shows that we created for the video, and real shows that were generous enough to let us use their sets and talent to shoot footage for our video. I enjoyed trying to emulate all of the different looks that TV channels have. I knew that creating unique authentic looks for every channel would make the video work.

LBB> How long did it take from idea to final production?

VH> The full process was four months. The two first months were pre-production and the latter were spent shooting and being involved in intense post-production.

VH> The biggest challenge laid in creating an enormous amount of footage – 16 times the length if the song – and making sure each channel feels completely different and completely real.

And lip-syncing. A lot of the actors were having a hard time lip-syncing Dylan. (Not Danny Brown [Singer who appears on 'Music 1 Bass' channel], though. He easily nailed it.)

LBB> And how about Walking Contest? What kind of experiences inspired the film?

VH> Walking contest was written by my good friend Daniel Koren, who is an extremely talented comic and musician. His comedy is often in the realm of thoughtful thinking about the mundane parts of life - and this bit he wrote is exactly that to me. It's about taking a second to look at the stuff that happens all the time.

LBB> It's humorous but also quite moody and atmospheric in the way you shot it. Why was that the right approach and which techniques did you use to achieve it?

VH> I think the melancholic mood is kind of intrinsic to many urban situations. There is something about the alienation of a modern city that to me translates into melancholy. The video is humorous but really it is also about the infinite distance that seems to exist between strangers in a fast paced city. The approach was pretty straightforward really. The black and white was mostly instinct and also served as a way to deal with the footage we shot on a Sony high speed camera. The slow mo was obviously the second technique. It's hard for me to break down the techniques of making this video - or any video for that matter - as the decisions are more in the dominion of feelings than that of intellect. I hope that makes some sense!