How Basement Jaxx is Saving Dance from Death with The Twerkbot 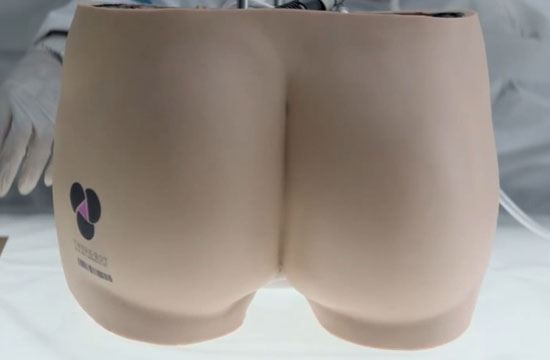 SKUNK's Saman Kesh is looking to bring dance back to mankind in ‘Never Say Never’ for Basement Jaxx. The director both wrote and directed the uber-fun film.

"The Twerkbot is a bi-pedal wonder created to save mankind from losing touch with the art of dance. Using various sensory stimuli & JAXX patented buttocks technology, it can mimic any form of lower body movement at near flawless accuracy. The utilities of the bot range from the perfect dance partner to even a faithful instructor in countless real world applications, the Twerkbot will bring the art of dance back to mankind,” said Kesh.

He continued: “I wanted to make a creation that merged the Japanese obsession robotic/sex toys and the fact that the world's "dancing" population is starting to look less and less exciting as the music as become more "synthetic". So the irony of using a synthetic recreation to bring back such a human trait was kind of powerful to me. The awesome folks at Alterian Inc. (the same dudes that made Daft Punk's helmets, worked on many of their music videodo& do most of Spike Jonze's work) helped me bring my "dancing ass on metal sticks" to life."

video
How Basement Jaxx is Saving Dance with The Twerkbot