How Artificial Intelligence Will Revolutionise Our Lives 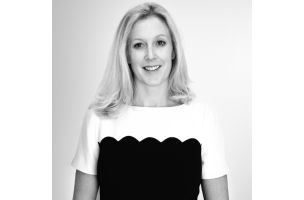 As we embark on a new year, what experiments point to our future? And what will the technology darling ‘du jour’ be in 2016?

This will be the year of Artificial Intelligence (AI).

The technology took off in a big way at the end of 2015. Apple’s Siri, Facebook’s face recognition, Microsoft’s Skype translation, and Google’s Android voice recognition are now available to the masses.

Machines are already able to understand existing concepts; they are increasingly able to learn, alter and grow, owing to the harnessing of machine learning with Deep Neural Nets (DNN), which will have a positive impact on the future ‘behaviour’ of machines. Virtual Personal Assistants (VPA) such as Google Now, Microsoft’s Cortana or Apple’s Siri are getting smarter and are technology’s leading autonomous agents. Say goodbye to forms and menus and hello to app conversations and voice control.

Machine learning makes a lot of things smarter, whether it’s a robot or the pioneering WiFi-enabled Barbie that uses speech-recognition to talk (and listen) to children. But autonomous systems that learn unaided, perceiving the world from the outside, are the future.

What is Mark Zuckerberg’s ambition?

The best way to predict the future, some might say, is to invent it. My theory is that Facebook’s Mark Zuckerberg is on a personal mission to become Tony Stark, per his recent Facebook post: “My personal challenge for 2016 is to build a simple AI to run my home and help me with my work. You can think of it kind of like ‘Jarvis’ in ‘Iron Man.’”

Facebook as a business is already making progress in AI. Alexandre Lebrun, head of Facebook’s AI platform wit.ai, says the company was in a “unique situation” because of the vast amount of social data it has collected from users. Instead of creating instructions for a machine, as Apple, Microsoft and Google do, the company has formed a team of “AI trainers.” These are humans who work with the machines that power M, a virtual assistant for Facebook’s Messenger service, to help users do everything from cancelling a cable subscription to ordering flowers.

How will AI make a difference in my life?

Virtual assistants: AI advances in 2016 will allow virtual assistants to understand and help with our tasks. Understanding context and acting on it will be a major breakthrough. For example, an email conversation about meeting a friend for dinner will automatically lead to a reminder being added to your calendar. Some predict that these new virtual assistants will even be able to make us laugh or keep us motivated.

Interface with “things”: AI will become the de facto interface between us and our homes — think refrigerators, heating/cooling systems, and solar energy devices.

Customer service: With increasingly accurate cameras and voice and facial recognition software, computers are better able to detect our emotional state. This new knowledge could be used to improve customer service and online shopping. AI will be able to answer questions, explain products and present data, eventually assisting the customer to find the perfect product to suit their needs.

Interpret visuals: A fascinating new AI app from Baidu, DuLight, contains a tiny camera that captures whatever is in front of you—a person’s face, a street sign, a package of food. The smartphone app analyses the images, determines what they depict, and generates an audio description that’s heard through an earpiece. This could be revolutionary for anyone who is visually impaired.

Track and monitor sensitive subjects: According to research conducted by Ericsson, “the desire to use AI for more advanced purposes is apparent. Forty-four percent think an AI system would be good as a teacher and one-third would like an AI interface to keep them company. Furthermore, a third would rather trust the fidelity of an AI interface than a human for sensitive matters. Twenty-nine percent agree they would feel more comfortable discussing their medical condition with an AI system.”

Internet of Everything: All this is powered by what David Cearley, a Gartner Fellow, called the ‘Connected Mesh.’ Even though devices are increasingly networked today, they work mostly in isolation. According to Gartner’s predicted device mesh, this is set to change. Various devices, such as smartphones, wearables, home entertainment systems and cars will communicate with each other directly. This is also supported by recent research carried out by Facebook in the Middle East, especially in Saudi Arabia. We operate in an age where multiple devices are connected and that marketers are not effectively catering to multi-device behavior yet.

This connected mesh will create the Internet of Everything. Advances in semantic tools such as graph databases, as well as other emerging data classification and information analysis techniques, will bring meaning to the often chaotic deluge of information. As marketers, this is what we’ve been missing largely with big data sets or complex user journeys across multiple channels.

The future is already here and is happening all around us. It’s up to us as curious, passionate communicators to embrace it, understand it and, most importantly, play with it!