How Amnesty Brazil Is Drawing Attention to 'Invisible' Homicides 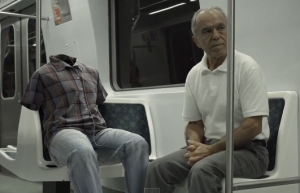 Amnesty International, in partnership with DM9Rio presents the campaign Young Black Alive. This is a demonstration to draw attention to the high number of youth homicide in the Brazil, especially among black youth.

Despite the very high rate of homicide among black youth, this is generally treated with indifference by the national public agenda. The consequences of prejudice and negative stereotypes associated with these young people and territories of the favelas and suburbs should be widely discussed and repudiated.

In order to mobilize society and break the indifference, Amnesty International Brazil has launched the Young Black Live campaign. Using an emotional language, the film features a special track of the singer/songwriter Criolo, titled "Duas de Cinco" (Two of Five).