How Agencies and Brands Can Get Their Game On with eSports

Trends and Insight 612 Add to collection 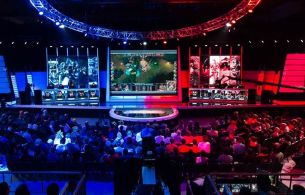 The world of eSports is relatively young, but it already boasts some impressive numbers– according to MEC’s Spotlight On eSports report, viewership stands at 214 million today, and is expected to reach 303 million by 2019. Newzoo’s Global eSports Market Report expects brands to spend $517m on advertising, sponsorship and media rights this year alone, with a global revenue of $696m. 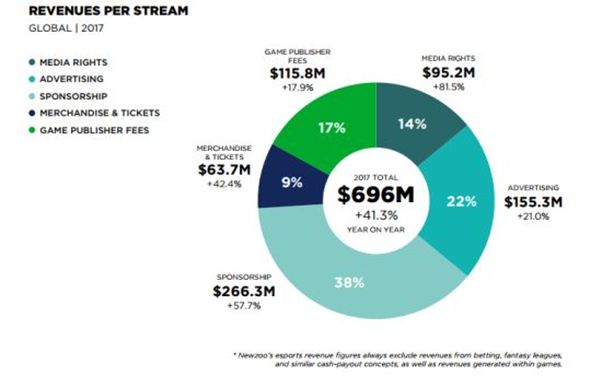 But could this burgeoning sector become as big as the FIFA World Cup or the Olympics? It’s a little too early to say for sure, says Chester King, CEO of eGames Group. “Tournaments like the DOTA 2 International and the League of Legends World Championship have enormous viewer figures, with millions of fans watching them. 43 million watched the League of Legends World Championship final in 2016. While this is fantastic for eSports, it's nowhere near the one billion who watched the World Cup final in 2014.”

Unlike traditional sports, competitive gaming is nowhere near as brand-saturated when it comes to sponsorships. So how can advertisers seek to align with this fresh, untapped market?

Already, some of the biggest non-endemic brands – brands from categories other than gaming – have jumped on board the eSports hype train. Back in June, Mountain Dew announced its sponsorship of pro gaming squads Team Dignitas, Splyce and Team SK Gaming, offering fans exclusive content on Mountain Dew’s very own Twitch channel. And at the tail-end of 2016, Coca-Cola hosted viewing parties of the League of Legends World Championship in over 200 cinemas across the US, Europe and Canada.

These brands – and others such as Snickers and Red Bull – all have a demographic crossover with a major chunk of the eSports community. Around 46% of the eSports audience are 18-24 year olds, so brands that align with millennials are moving fast to get a foot in the door as soon as possible. But what about brands further afield? David Smith, Founder of sport and eSport agency Blood UTD, thinks there’s room in the market. “I think there is scope for anyone to be involved. But like any sponsorship property, it is always good to have a link to that property beyond just sponsorship dollars. If there is a lesson to be learned from sport, it’s that you need to go deeper than being just a name on a shirt. If you are authentic to this world [eSports] and show it love, it will love you back.”

Tom Ellis-Jones, Client Services Director at agency ZAK, echoes David’s stance on authenticity. “Gamers and eSports fans have an extreme sense of community, so brands need to understand the landscape, respect the code and find innovative ways of enhancing – not just capitalising on – the eSports experience.”

Gillette has embraced this authenticity, adding pro League of Legends player Enrique Cedeño Martinez – otherwise known as xPeke - to its roster of brand ambassadors, many of which are athletes. xPeke is well-regarded in the community, and as an influencer carries a lot of weight in the gaming sphere. Paired with the respectable way the brand presents gaming in the creative work, Gillette is blazing a trail in ‘eSports influencer marketing’.

Then, for Super Bowl 2016, US frozen pizza brand Totino’s teamed up with Twitch and several gaming influencers to stream a ‘Bucking Couch Bowl’. The gamers competed in several matches of Super Smash Brothers and Rocket League, all while Twitch viewers controlled a mechanical couch that would throw them about.

So how can other advertisers get involved in this untapped market? Bruno Luriot, MD and Co-Founder of Biborg (an agency that has created a number of campaigns for games developer Ubisoft and is bedded in the gaming world), recommends that brands who wish to communicate with eSport begin by finding a strong and authentic angle to ensure the credibility of their approach with the community. “Brands must come with a real desire to have a positive impact on eSports and participate in its development. Through sponsorship and operations of communication, they currently have a strategic role in the development of eSports. Sponsorship represents more than 50% of the budget of eSports teams.” He also suggests advertisers include eSport as part of their long-term strategy - particularly for non-endemic brands – so that the community will take time to ‘accept’ them into the fold. “eSports teams need strong partners on whom to count on for the long term to ensure their development,” he says.

For agencies seeking to embrace the market, Biborg's Kais Ali Benali says an understanding of the eSports community and its intricacies are paramount. “Coming from a gaming background and being able to understand gamers as an audience and community is key. As eSport starts booming, many brands are tempted to jump on the trend as a way to generate conversation. If done for the wrong reasons, the result can actually be awful and damage the brand image.”

eSports may be in its infancy, but there are plenty of opportunities for brands and agencies to not only benefit from, but also contribute to this growing phenomenon. “As a creative agency, it’s our job to open up new possibilities for our clients, challenging them to look beyond,” says ZAK’s Tom Ellis-Jones. “The explosion of eSports has been so rapid, it’s no good looking at the present: we need to look beyond the now and begin to imagine what the future could look like. As the Guardian said in the recent Sport 2.0 series, there are millions of young people out there with the power to redefine sport. That’s a great brief for any agency.”