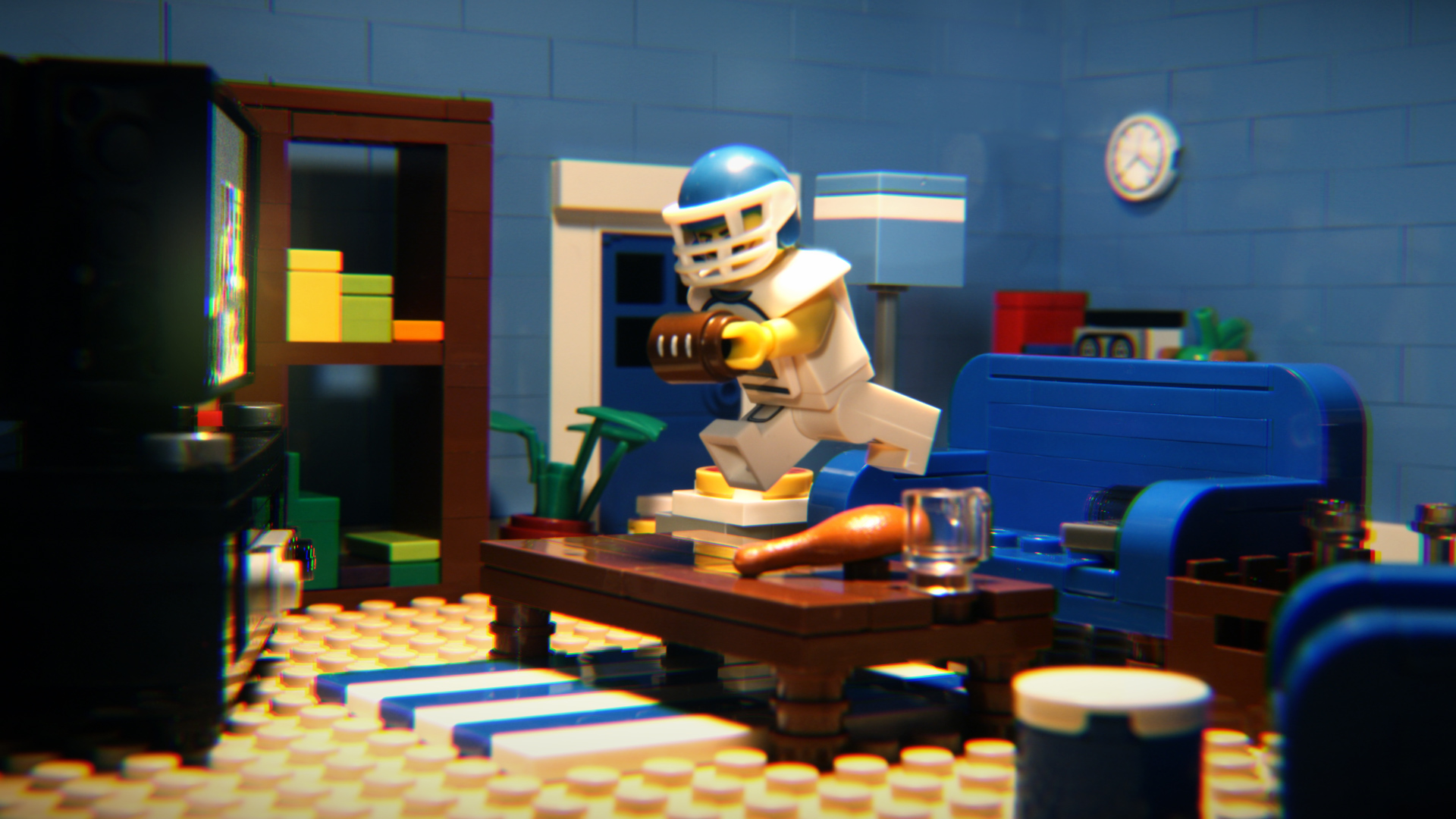 A+C Studios is an animation production studio, specialising in stop motion animation. However, there is nothing traditional about the work. A team of imagineers, artists, technicians and makers; A+C Studios specialise in combining hand crafted and original stop motion techniques with new and experimental ideas and design. A+C clients include Samsung, Fujitsu, Magnum, Unilever, News International, Harrods and Pernod Ricard.

The Super Bowl is one of the most anticipated events in the global entertainment calendar, with a 30-second spot setting advertisers back a cool $4.5 million.  This month A+C studios released 'Brick Bowl', a self-initiated challenge to recreate the best of the Super Bowl 2015 commercials as a stop motion animated film, using thousands of Lego bricks in less than 36 hours.

This year, more than 114.4 million viewers made the Super Bowl 2015 one of the most watched television program of all time.

The majority of Super Bowl commercials were top secret until the event - competition is fierce - putting pressure on the team, as they reacted in real time to the material.

Some preparation was possible though, with A+C’s 5000 sq ft, state-of-the-art animation studio converted into a Lego Mecca - complete with thousands of bricks and a Lego training camp to teach the animators the art of creating brick movies.

A+C Studios has a background in stop motion -- it most recently produced 'Harrods' 2014 Christmas commercial' - but working with Lego was a new challenge.  We’re told the preparation for this project was, at times, mind-boggling - from sourcing the right type and amount of Lego to working across three time zones. 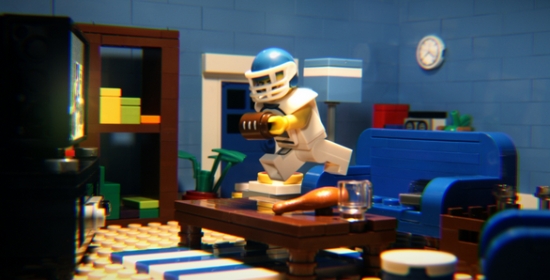 There's been a huge surge in excitement for Lego, with the release of 'The Lego Movie' and 2013 seeing $4 billion in sales for Lego, making the toy a universally loved brand which captures imaginations and drives creativity. Stop motion animation has been around for many years, but the release Lego sets and characters based on blockbuster movies has facilitated a huge surge in stop motion 'Brick Films'. Celebrating the ever-growing popularity of 'Brick Films' and one of the top storytelling events in the global entertainment calendar, A+C Studios has recreated the most prestigious slot in ad history in 36 hours.

The team had  two days of testing for people to get familiar with the tiny scale, as most puppets are four times the size of a Lego mini figure.

The complexity of this project was, at times, mind-boggling and every day seemed to bring a new challenge - from sourcing the right type and amount of Lego to working across three time zones.

Choosing the ads and getting everyone started was a huge challenge, as the team worked on a super tight schedule. To overcome this, the creative team created a dossier of all the brands which had confirmed ad space. Some brands released teasers, and the team listing and predicting which will get the most attention.

Using six animation set ups and specialised animation software and equipment, a team of a team of model makers, animators, editors and storyboard artists worked to retain the production values of the original commercials without losing the charm of Lego and stop motion.

Everything you see on screen was made out of Lego pieces with attention paid to small details - the reflections,  the dimples and the dust- Brick Bowl embraces the imperfections of the universally loved toy.

A+C Studios stylistically chose a less fluid approach to the movements of characters. This was a practical decision because of the limitations of Lego which prohibit movement you would expect from a regular puppet.

As soon as the Super Bowl 2015 started, the team watched the ads unfold live at the studio. 36 hours later, A+C Studios delivered the animated movie 'Brick Bowl' – a new take on the world's most expensive advertising space.

'Brick Bowl' recreates some of the most popular Super Bowl spots for brands such as T-Mobile, Snickers, Budweiser and Toyota, as well as the Jurassic World trailer.

Dan Richards, Director at A+C Studios, said, "Stop motion productions can take anywhere between 4 months to 4 years to make - turning this animation around in 36 hours and working with Lego to recreate the most prestigious ad slot in history into a new story has been a huge accomplishment. It's been an adrenaline-filled couple of days and we hope everyone who watches Brick Bowl has as much fun as we all had making it."

Q) Where did the idea for this campaign come from?

A) It's a self-initated project. The idea came over a discussion/argument on our first day back after Christmas over lunch between our creative team. The debate was over what are the most anticipated commercials of the year, as Christmas ads now seem to be as talked about as the Christmas shows themselves. One of the team brought up that the Super Bowl commercials have the highest audience figures, with people watching the game just to see how creative their favourite brands can be. The team at A+C  then went from planning a 'Big Game' Party at the studio watching the game and adverts with Pizza and beers to toying with the idea of making a couple of Vines while at the studio, to eventually planning a full out military operation involved thousands of Lego bricks all with the crazy idea of doing it all in-house in just 36 hours!

Q) What was the atmosphere like during the build/animation phase?

A) The model makers are normally provided with detailed drawings, including measurements, reference imagery and completed story boards. But during Brick Bowl all they were given was printed screen grabs from the commercials and story boards written on the back of pizza boxes quickly scribbled by the writers. The model making shop were in a frantic race to get the models and characters ready for the stop motion animators to start in the studio. Lots of what you see in the final animation is down to the dedication and craftsmanship of our model team.

On average our animators at A+C Studios will produce anywhere between 2 and 10 seconds of animation a day. During Brick Bowl, our animators went on to produce in some cases over 20 seconds. This was due to the animators love for the project and the adrenaline pumping to hit their deadline.

Q) Did anything go wrong, or were there unexpected hurdles during the 36 hours?

A) Due to the amount of sets and lighting we were using in the studio, we actually blew the electrics in one of our two studios at around 4am, so had to call our electrician out as we had a melted electrical socket. We lost about an hour, but throw animators into our second studio and managed to pull the time back.

Trying to link all of the ads together and into one single narrative was the biggest challenge and one that held up the whole production so the writing and storyboarding team we're under pressure from the start with a whole crew waiting to build, animate and complete post.

All of the voices you hear in the animation were created in California, so we worked with an actor via Skype right up until the last hour.