Trends and Insight 613 Add to collection 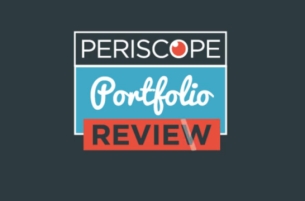 As agencies find themselves busier and the creative field becomes more crowded, it can be incredibly tricky for younger creatives to get noticed by potential employers. That’s what recently prompted creative team Tim Menko and Ingmar Larsen to showcase their portfolio via Periscope, iPhone’s 2015 App of the Year. The Amsterdam-based duo decided to take the approach not just because it was different and helped them stand out from the crowd, but also because they recognised the time it could save the agencies they were presenting to. After the presentation on February 16th, Tim and Ingmar received numerous offers and are actually now working at the company that was top of their wish list, Sid Lee. Ken MacRae, ECD and Partner of the agency, commented: “The lads’ periscope portfolio review was a perfect example of their approach to communication across the board: unconventional, non-traditional, and innovative – and that’s the type of status quo-busting stuff we look for at Sid Lee,” while Darren Cronje and Este Du Plessis, both creative directors, added: "The Periscope project was an impressive approach to agency stalking backed up by some solid ideas. We had to get them in before they were snapped up. Or before they murdered us."

LBB’s Laura Swinton chatted with Tim and Ingmar to find out more about the Periscope project and why it was the perfect platform to get them noticed.

LBB> How did the idea to reach out to agencies on Periscope come about?

T&I> Being a newly formed mid-weight team, it would probably have proven difficult to get noticed by or talking to the agencies we liked. We didn’t want to wait around and see if this was actually the case, therefore we came up with this stunt.

It was Ingmar who suggested the app to Tim and said that we could stream our portfolio. Initially Tim didn’t really understand why the app would be suitable for such an event. But when we started freelancing at Grey, Tim saw the great Periscope Burglar campaign and only then realised its potential, something that Ingmar had already known.

LBB> What were the challenges you faced to put the whole project together?

T&I> In our minds we had already gone viral before the project even started, but we didn’t know if agencies would actually tune in and media would be interested. Then there was the challenge of not making it seem ‘amateur’, which is quite interesting considering it all had to be shot on a phone. To be honest, it ended up looking quite crappy, but we wore matching bow ties.

LBB>  What sort of traction did the Periscope show get?

T&I> The feedback has been very good. The concept was perceived as clever and easy to understand due to the simplicity of the idea. We got a few interviews due to the stunt, but it was after we released a case film that we attracted even more interest from some of the more renowned agencies.

LBB> You got a whole bunch of offers in and have decided to go with Sid Lee. When do you start with them? And what was it about them that appealed to you?

T&I> Sid Lee was on the top of our list after a great initial chat with them, but they weren’t in direct need of a team. We love the international, bubbly and entrepreneurial atmosphere. Sid Lee matches our big ambition and has the clients to back it up. Plus: their office is super cool and they have a fox called Simon who rocks his hipster scarf and sunnies like no other.

We were quite happy with the offers we got, but there was no Sid Lee. As we were having final chats with some other agencies, we decided to send Sid Lee a follow-up email mentioning these developments. Within an hour they told us to stop having talks with other agencies and said they would come back to us later today. As Ingmar was on the Austrian slopes at the time, Tim was Skyping with the head office in Montreal, securing the offer only two hours later. It all went ridiculously fast because they wanted us to start the next week.

LBB> What lessons did you learn from the process?

T&I> Be bold, make shit happen and don’t take no for an answer. That sounds revoltingly cliché, but it’s true. Keep on stalking everyone, you might piss off a few people but if you want something and believe in your idea, make it happen. Keep updated, know what technology is important and relevant. Also, people can be busy or simply just forget to respond, keep being pro-active, don’t sit back and wait.


LBB> More generally, it's a great example of the lengths ambitious young creatives have to go to in order to get a break these days – do you think things are tougher for young creatives because it's such a crowded field or is new technology opening up new opportunities?

T&I> That’s a difficult one, due to the fact that young creatives aren’t always judged on their ideas. It’s about what agency you have been at. This is an unfair way of approaching talent and creates an unhealthy desire for young creatives to seek the most awarded agencies. So yeah, that’s tough.

You can learn so much more in a small agency in your early years and also produce far more work. But at one stage you will have to get noticed if you want to go big. This is when you can be clever with the latest technologies. If you don’t start with doing internships at big agencies or haven’t produced widely acknowledged award-winning work, it’s best to find a smart head turning idea.