How 47 Seconds Without Power Impacts Life in Lebanon

Behind the Work 201 1 Add to collection

Publicis Groupe’s CSO Tahaab Rais and Prodigious MEA’s CEO Sami Saleh on the short film which says so much within a short period of time, writes LBB’s Nisna Mahtani

How much can change in 47 seconds? As Lebanon experiences 47 years of power cuts and an economic crisis engulfs the nation, it turns out that 47 seconds can mean the difference between life and death.
Set within a hospital, independent NGO LOGI set out to create a campaign which shows the audience everything a parent feels when their child is in hospital and the power shuts down. The hard hitting spot comes after many years of suffering in Lebanon, which was worsened by an economic crisis and the catastrophic Beirut port explosion of 2020. Working with Publicis Groupe and Prodigious MEA, the entire team behind the campaign was determined to show the world the struggles the people of Lebanon face on a daily basis, and encourage global support to help the nation get back on its feet.
Speaking to LBB’s Nisna Mahtani, Publicis Groupe’s chief strategy officer and film director Tahaab Rais and Prodigious MEA’s CEO Sami Saleh share the challenges of creating a continuous, 47-second spot and what they hope to achieve as a result.

LBB> For those who aren’t aware, can you tell us a little bit about what’s happening in Lebanon right now?

Sami> In Lebanon, people are grappling with one of the worst economic crises in the world. Things that others take for granted in developed parts of the world such as food, water and electricity are dwindling in supply as the systems across the country disintegrate. The political vacuum in the country has caused many crises including the electricity and healthcare crises.
Authorities need to act now to avoid even worse consequences for people living in Lebanon. The national grid struggles to provide even a few hours of electricity a day in many areas. Medical centres and hospitals have faced crippling challenges where they haven’t gotten shipments of diesel fuel to keep their generators running and have faced real challenges with adults and children living on machines that need electricity and who need treatment. There are organisations that have been forced to reduce surgical operations by 50% on affected days and to ration fuel use to ensure they can respond to emergencies. So, it isn’t the most positive scenario, hence we need voices from our industry to support it.

LBB> How did you initially decide on the idea of using 47 seconds to represent the 47 years of crisis that Lebanon has faced?

Tahaab > The idea was inspired by a statement from Hassan Harajli, energy & environment program adviser, U.N. Development Programme in Beirut, who said, “Hospitals can’t afford a single blackout. Any power cut could mean a loss of life” and by a related one from Joao Martins, MSF’s head of mission in Lebanon, who said, “People could now die from totally avoidable, and otherwise easily treatable causes, just because hospitals don’t have electricity, the right supplies, or staff.”
I’m a firm believer in the power of film to provoke and move people. So, we chose a film as the launch piece for the ‘The Right to Power’ initiative to communicate the Lebanese people’s struggle. Lebanon has been suffering from power shortages for 47 years now with regular electricity cuts debilitating life every day. We wanted to capture those 47 years of helplessness, 47 years of pain and despair, in 47 seconds on film. Short enough to hold people’s attention until the rug pull where the message is revealed. Long enough to make people feel for the people who are suffering.

LBB> Following on from that, what was the most important thing you wanted to convey in this campaign?

Sami> Our goal, together with LOGI, is for Lebanese people to have complete transparent access to and updates on parliamentary discussions in the electricity and energy sector. We want the parliament to share tangible steps to solve the electricity crisis. Progress is already being made. And we firmly believe the first steps have been taken to help Lebanon step out of darkness into the light.

LBB> Where did you choose to shoot the piece? And what was the set-up process like to shoot it in one take?

Tahaab> We shot this in a studio that’s designed to feel like a typical hospital in the most afflicted parts of Lebanon. The lights and the colours add to the bleakness of the reality being faced. The lens feels like we are in the ‘70s-’80s across the world, but what feels like Lebanon in most parts today.
One camera tracked in towards the bed as we got closer to the protagonists, and another tracked in from the side to give us the last close-up shot of the girl’s lifeless face. The camera movement is slow and tedious – almost haunting. And doing it in one take was imperative for me so that we felt the pain in real-time without losing any momentum.

LBB> Who narrates the piece and what was the actor’s process in preparing for such a harrowing piece of dialogue?

Tahaab> At the start I wanted it to be two parents next to the girl. But, speaking to Sebastien Boutebel, Saatchi & Saatchi’s CCO, who’s a fantastic partner in some amazing work we’ve done and are doing, I was made to rethink the approach. Eventually, the decision was taken to go with just a father. It always helps to leave something incomplete. He became the voice of the film. You see, the daughter is a symbol for Lebanon, with her condition deteriorating progressively, with every electricity cut. And the father is a symbol for the Lebanese people, screaming and pleading for help, but no one responds, just like no one’s coming to Lebanon’s aid in the electricity crisis.
It wasn’t easy for the actor playing the father, as, like most Lebanese people, he has seen people suffer with the problem we were tackling. I wanted to give him the freedom to be himself vs. think about the dialogue. He then went into the zone two days before the shoot, isolating himself, and avoiding speaking to anyone else on set except me. This helped him stay attuned to the world he had built for himself and deliver the performance he did.
It wasn’t easy for the child to understand the concept of ‘death’ (she had to) and why she wasn’t supposed to move. It also wasn’t easy for her to lay still, not frown, not twitch when she had a strong man shaking her and yelling around her. She’s a star too and did a great job playing the crucial part she did.

LBB> How long did it take to create this campaign?

Sami> We wanted to launch this in the summer months, when the worst electricity cuts happen, which meant being quick and agile, while keeping an eye on quality.
Making the film in one take meant finding the perfect cast and crew who would be in sync with each other. Overall, we were very quick, planning the pre-production in two weeks and the post-production in another two weeks.

LBB> Did you face any challenges in creating the final piece? What did the editing process entail?

Tahaab> The post-production process was easy. Our editor Neda Zag is a director’s dream, Karim Mira is a gifted colourist, and Aeyaz, the DoP got involved too to support. So, with that team, the post was smooth.
The actual shoot was challenging, as we had to do it all within 47 seconds! I was anxious about that. But knew that with a great cast and crew, we’d nail it. And we did.

LBB> What have the reactions to this incredibly emotive campaign been like so far? Is it what you were hoping to achieve?

Sami> We’ve noticed intense emotional feedback to the film, with people breaking down into tears or leaving the room as it brought back their own personal traumas they’ve lived through. It’s something every Lebanese has been through in one way or another – so it really has been effective in resonating.
When it comes to media, the reactions have been very positive too. We’ve garnered more PR and awareness than we intended to across global news and media outlets as this has travelled.
Additionally, it’s encouraging to see it being picked up as a Vimeo Staff Pick (which does not happen often) and being picked up by various industry publications as the best work on their platforms. We’re optimistic about the next stage of impact and change.

LBB> Could you tell us more about the music and sound design behind the film?

Tahaab> Personally, having a track ready as a demo while shooting films really helps the process. We composed a special one, called ‘Descent’, with the talented Joe Dickinson.
First, we designed the soundscape that took us into the hospital’s world. A piano track gave it an emotional soul. A cello track heightens the feeling of loneliness and despair. A siren creates a foreboding of threat and panic. Using strings, we added nerve-pinching moments into the sound design. The music and sound design really augmented the performances and the environment.

Sami> We’d encourage everyone to share this film, to talk about Lebanon’s energy crisis, and help draw attention to the cause. The more global awareness and support we get, the higher the likelihood of something manifesting quickly. The Lebanese people need the world to help. 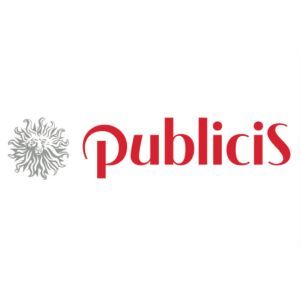 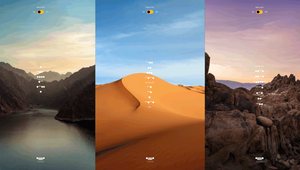 How Jeep Used Morse Code to Communicate with Its Community 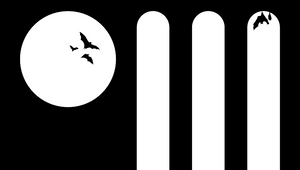 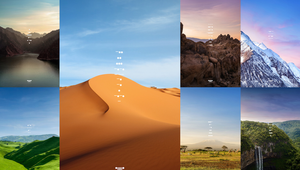 Can You Decode Jeep's Call to Adventure? 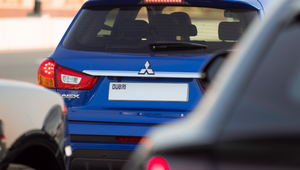 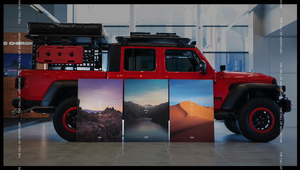 The Call of Adventure
View all Work