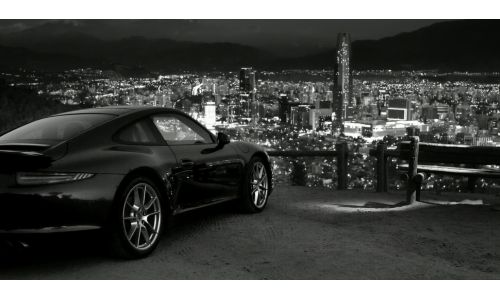 Avis, the premium car rental brand, has launched its first EMEA TV campaign. The campaign, called Unlock the world, was created by VCCP. It brings back the revolutionary brand strapline ‘We try harder’, which was made famous with Avis’s breakthrough campaign of the mid-1960s, one of the most iconic and successful advertising campaigns ever.

The new work gives the ‘We try harder’ strapline new meaning for 2014 and beyond, as well as launching the campaign idea of Unlock the world. The message is that Avis isn’t just in the business of hiring cars; Avis gives customers the freedom to unlock unforgettable experiences. Whether it’s winding along the coast of the Italian Riviera in a Porsche 911 or an intrepid trip to the wild, dusty roads of the Australian outback, with 5,450 rental stations in over 165 countries worldwide Avis really can unlock the world for their customers.

Rebecca White, Avis Brand Director, says: “This is a really exciting time for Avis as we set out to re-energise the iconic ‘We try harder’ strapline in a way that is relevant and aspirational for today’s audience. The new ‘Unlock the world’ campaign will inspire anyone with a love of travel and great cars to reappraise what car rental is all about. The campaign also importantly supports the premium positioning of the brand and the pride we have in delivering outstanding customer service wherever you may find yourself in the world.”

The TV spot was shot in black and white by Academy’s Swedish director Marcus Söderlund. The shoot was over three days in Chile, a location that offered the terrain the director sought to show the sheer variety of experiences that hiring a car from Avis can open up to their customers.

Of the epic end shot, the director Söderlund said: “We chose this road in the Andes, Embalse El Yeso, because we wanted an amazing landscape that could give a sense of limitlessness, and create the kind of scale that could communicate unlocking the world. El Yeso gives that sense of epic scale; the terrain is like something out of Star Wars.”

The shoot involved 16 llamas, one deer, one horse, an iguana and 32 cars ranging from a Fiat 500 to a Porsche 911. The action is set to ‘Let’s Go Fly a Kite’, from the soundtrack to the Disney film Mary Poppins.

The TV is accompanied by a spectacular press campaign, also shot in black and white by Samuel Hicks, who was influenced by iconic American landscape photographers such as Ansel Adams. Samuel travelled with the TV crew to capture often unexpected visuals as they happened in front of the lens.

The new above the line campaign breaks on June 24th in ITV’s coverage of the World Cup England vs Costa Rica game live from Brazil, and will be seen by an estimated 14 million people in the UK on launch. The 60-second launch spot will be supported by 30” and 40” TV, VOD, press and digital.