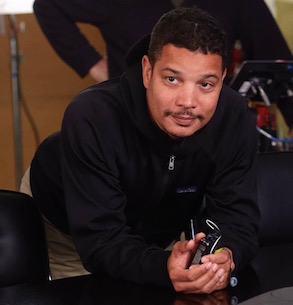 Los Angeles, CA-based branded content studio HOUND has signed director Kevin Bray for U.S. representation. Getting his start as a director in the golden age of music videos, Bray has lent his artful viewpoint and inventive approach to iconic music videos for some of the most illustrious artists of R&B, hip hop and pop, including Jennifer Lopez, Brandy, Whitney Houston, Christina Aguilera, Gloria Estefan, Celine Dion, Mary J. Blige, Biz Markie and Eric B. & Rakim, among numerous others. In the commercial space, he has helmed spots for brands such as USA Network, Nike, Puma, Verizon, Macy’s and the Florida Lottery. His extensive television directing credits include work for such top shows as “Suits,” “The Killing,” “Heroes,” “Scandal,” “Veronica Mars,” “The Vampire Diaries,” “Insecure,” “Empire,” “The Americans” and “Black-ish.” Bray is currently directing two episodes for Season 2 of the HBO comedy “Insecure,” a number of episodes for Season 4 ABC’s Golden Globe-winning comedy “Black-ish,” and is currently in development on a number of episodic series.

Bray’s iconic music video work led to his entree into feature film, making his feature debut with All About the Benjamins, starring Ice Cube, Mike Epps and Eva Mendes. Additional features include the remake of Walking Tall starring The Rock, and Linewatch starring Cuba Gooding Jr.

“Kevin delivers a fresh perspective to each and every project that he works on, bringing an energy that pushes the whole cast and crew to challenge themselves creatively,” notes Hound Executive Producer Missy Galanida. “His extensive background in music videos and television are perfectly aligned with the current branded content landscape. He brings such an authentic entertainment value to every project he works on, regardless of genre. We’re thrilled to have him join Hound!”

Bray previously collaborated with Galanida at DNA and on various music video projects since. “Missy exhibits that same integral improv ethos that I have with my work and that continuity allows for some great creative collaboration,” states Bray. “There are no bad ideas and working with people who are in sync to exploring new approaches results in much better work.”

Growing up in a family of cinephiles, Bray’s passion for filmmaking was nurtured by his songwriter brother, mentoring him through film studies at the University of Paris (Sorbonne) and New York University’s prestigious Tisch School of the Arts. Drawing an inspiration from music and story, he started his career in music videos, directing his first for De La Soul’s track “Potholes in My Lawn.” Deriving a freeform and improvisational approach to filmmaking from his music video work, his experiences across commercials, television, feature film and music videos have reciprocally informed one another, allowing for a fresh cross-pollination of ideas and techniques across all mediums. Bray currently resides in Los Angeles.