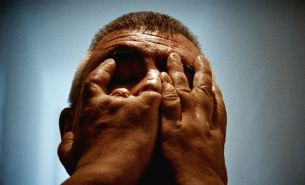 Today sees the launch of 'A Tribute to Perseverance'. The campaign celebrates 20-years of Hornbach in the Netherlands, in which they submerged themselves into the culture of the Dutch's most persistent construction workers and tireless DIY-ers.

Tasked to put the spotlight on the culture of the brand’s main consumers, Dutch construction workers, agency Phenomenons thoroughly investigated the local DIY-culture. The Amsterdam based idea company discovered the real stories from the construction workers themselves.

Three 45 seconds films - various portraits and stories about perseverance, creation and purpose - have launched for the Dutch market. Phenomenons brought on board director Bear Damen (Czar) and photographer Olya Oleinic (HALAL) to bring the stories to life.

Maarten Post, Marketing director Hornbach NL said: “Hornbach has always stood shoulder to shoulder with their customers and this campaign showcases that perfectly. In this tribute we’re firmly connecting the values of the brand to the emotional values of our constructors. And with thorough research, a unique concept and quality production, Phenomenons was able to hit exactly the right chord.”

Intimate portraits of the main characters bring you up close and personal with the construction site heroes, inspiring people to dive deeper into their stories. Together with three different films, the campaign reveals the deeper motivations of perseverance.

Ruben Smit, founder and Head of Think at Phenomenons Amsterdam, said: “To create an impactful message that resonates in culture, you need to stay honest to your audience. This alone can create a strong fundamental for a narrative that establishes an emotional connection between people and the brand. And to do so, you’ll need a brand as brave as Hornbach. To translate this concept into a flawless and authentic execution, we decided, in close collaboration with director Bear Damen (CZAR), to shoot the stories on film. The raw and sincere output fits both brand and target audience perfectly. And combining this with the photography talent of Olya Oleinic (HALAL), we were able to deliver the unique document we had in mind.”

Phenomenons conducted a brand specific deep-dive into the values, rituals and symbols of the DIY culture throughout the Netherlands. Known at ‘Share’ as the Audience World. With this information ‘Think’ developed the concept, ‘a tribute to perseverance’, which really defines the tireless DIY culture. And analogue content creation fitted both the brand and target audience perfectly. A strategy and concept portraying the human side of Hornbach, not focusing the message on the brand, but their most loyal customers.