Trends and Insight 513 Add to collection

AMV BBDO, MARS Petcare and Google got together to grow a new coral reef – and not even a pandemic could stop this ambitious project. AMV BBDO’s Laura Balfour talks about the collaboration and determination that’s ensuring Hope Reef has a lasting social impact 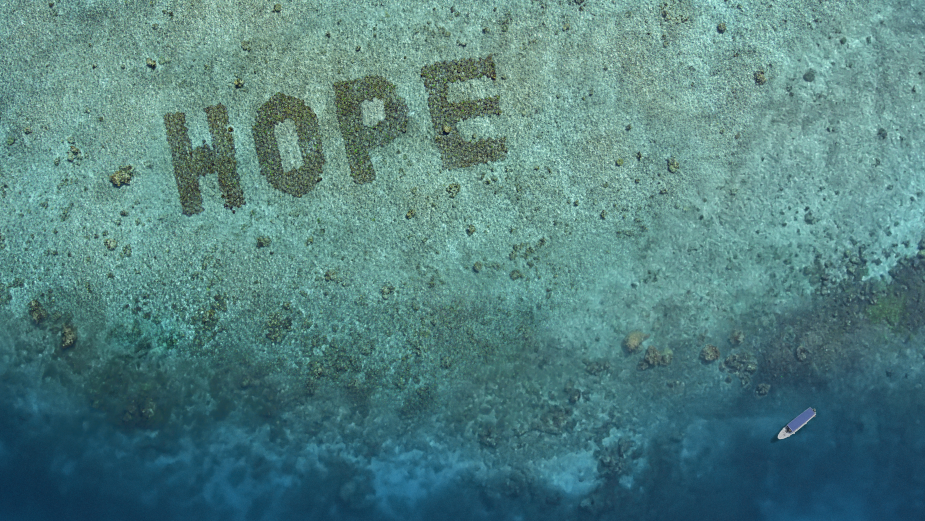 There’s a thriving reef in the middle of the Indonesia ocean which spells out, in letters large enough to be legible from space, the word HOPE.

The extraordinary site sits in an area where three years ago lay only desolate coral rubble and is the result of an unprecedented partnership between Google, AMV and MARS. Their challenge? To prove to a sceptical world that coral reefs could be restored, that there were man-made solutions to man-made problems. That there is still hope.

Senior board account director Laura Balfour at AMV BBDO details how this winning partnership is creating maximum effectiveness when it comes to tackling social impact.

Hope Reef was a campaign that, by definition, developed at the speed of mother nature. A collaboration between Mars Petcare’s SHEBA brand, AMV BBDO and Google, it was the crazy idea to try and prove to a sceptical world that coral reefs can be restored, that there are man-made solutions to man-made problems.

At its heart was a reef with a difference. Situated in the coral triangle off Indonesia, on a site where previously was only barren rubble, we set out to grow a brand-new living, thriving, real coral structure built using Mars’ 'reef star' technology. And when viewed from the air it spelt out a message writ large on the ocean floor - HOPE.

In 2019, when the team of four from AMV flew out to Makassar in Indonesia to begin the reef build with Mars scientist and local residents, we couldn’t have imagined the world the campaign would finally go live in two years later. Rarely had the message of Hope been more relevant or more needed.

We predicted it would take at least a year for Hope Reef to become visible on Google Maps. It took three months. Apparently, my coral maths requires a little work. And as the reef grew underwater, back in London an integrated agency team was building the 360 campaign that would launch it to the world. All while dealing with the small technicality of Covid meaning every planned trip to the reef itself was cancelled and a team used to seeing each other every day were flung to the remote corners of the world. My new office was my parent’s dining room table, rocking my 3-month-old nephew under the table with one foot. 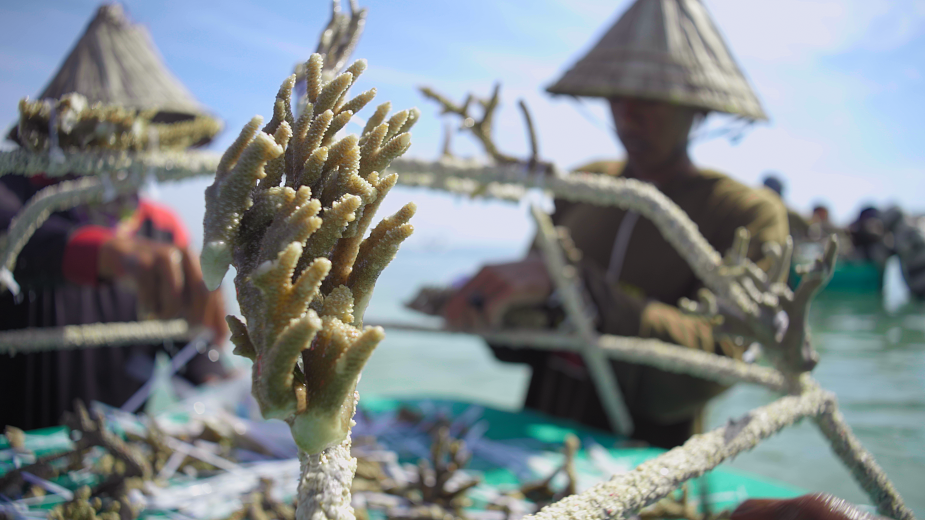 But if we could plant a reef you can see from space then we weren’t going to let a small thing like a global pandemic stop us. We found, first an island chef who would upload Go Pro pictures of the reef to us, and later, a fantastic local Indonesian production company - Indo Pacific Films to capture drone and underwater footage. And from kitchen tables and bedrooms, with interruptions from pets, children and everything in between, we produced a campaign totalling over 500 individual assets. The Hope Reef experience covered everything from world class CGI by Framestore to developing a unique growing coral font with weareseventeen to 'The Channel that Grows Hope' - our own monetised YouTube channel with all proceeds going to future reef restoration to 'underwater Street View' which allowed you to remotely dive the reef on Google Maps.

Then finally, in May 2021, the reef was ready, and we went live in one globally coordinated campaign. Everyone reading this will have had that stomach-churning feeling when a campaign that has been a labour of love goes live. Will everything work? Will it get panned? Will anybody even notice?

Well notice they did. In my wildest dreams (and I dreamt about Hope Reef a lot over the four years of its inception), I couldn’t have dreamed that I’d be seeing that image of our reef on BBC, Sky and CBS News (hourly!) and covered in everything from the Daily Mail to the National Geographic. We saw global coverage of over 2.5bn earned impressions and crucially, whether by scientists, NGOs or cat owners, it was viewed favourably or, as the brilliant people at Freuds would put it, we achieved “100% positive or neutral sentiment.”

Since launch 'The Channel that grows Coral' has had 18.4 million views and 278,000 hours of content has been watched on it, raising enough money to restore another reef. And it got people talking about the fact that environmental destruction can be reversed with a 267% increase in conversations around coral restoration in the week of launch. 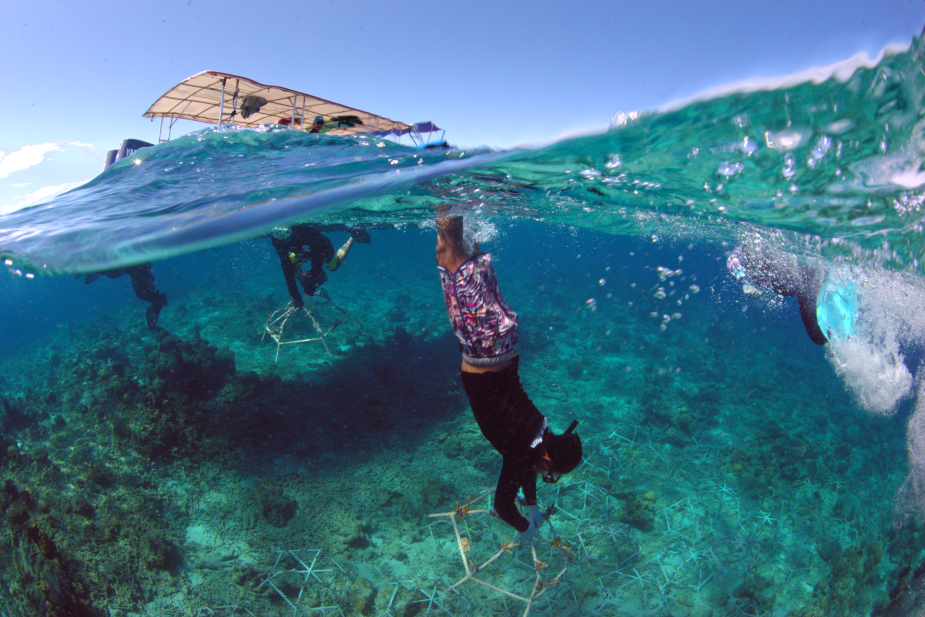 We have always hoped this case study would persuade more brands to commit to long term sustainability programmes but to do so, we would need to prove that purpose can be as effective, if not more, than alternative brand building campaigns. Almost a year on, we now have those results. Hope Reef returned an average ROI of 308% and the point-of-sale material is the strongest ever tested. The sustainable fish products Sheba launched as part of this campaign have landed several highly coveted awards with major retailers including Carrefour in France and Coles in Australia, bringing with them money-can’t-buy in store and ecomm visibility.

But most importantly the reef itself is thriving. Where there was once rubble is now a successful reef with 70% coral coverage. Fish abundance has increased 300% and island residents are reporting the return of species not seen in a generation. Our reef star system has already been adopted in The Maldives, Seychelles, Mexico, Australia, and The US Virgin Islands. And Sheba is now proud to be an official UN “Business Avenger’ with the mandate to inspire other companies.

And that was year one.

The Sheba reef restoration programme isn’t a “one and done”, it’s a decade long financial commitment amounting to what will be the largest coral restoration programme in the world. We spent the month post launch frantically optimising - tweaking assets, shifting media plans, and responding to PR requests. Then, after a 3-week holiday (ironically with our Sheba client because a campaign like this makes you more than colleagues), it was back to work.

Hope Reef - The Sequel is already in production and am I tired of it yet? No. And I might never be. There’s a magic to this campaign which makes everyone it touches from Google Maps technicians to Coral Scientists to normally cynical producers give an unfair share of their hearts and minds. As cliché as it is to say, in a world which can sometimes feel hopeless, this campaign has given the people inside it as much as anyone else, a reason to continue to stay hopeful. It restores your faith in humanity and allows you to believe that maybe we can leave the world a little better than we found it. And that brands and advertisers might have an important role in that future. 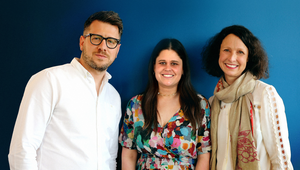 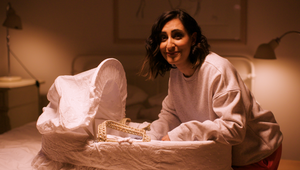 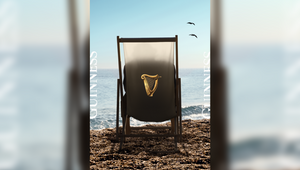 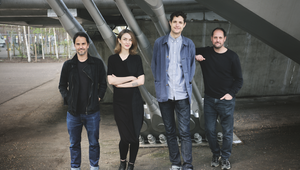