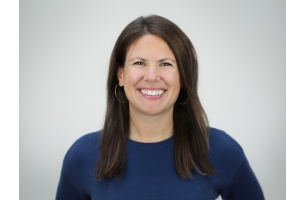 Digital creative development company Hook announces the promotion of Alison Davis to Director of Operations. Davis, who joined the company in early 2014, is a powerful member of Hook’s core team, integral to optimizing its internal processes and structure while fostering continued growth. In her new role, Davis will oversee operation of Hook’s Los Angeles and Ann Arbor offices, helping to lead a team of 50+, as well as increasing efficiencies between production, account and development divisions.

Davis brings to Hook an impressive marketing and advertising management pedigree, having overseen a myriad of integrated teams and campaigns for high profile brands including Microsoft, American Express, Best Buy, and PBS to name a few. Prior to Hook, Davis served as Account Director at CHI&Partners from 2009 to 2013. She also lent her considerable talents to Crispin Porter & Bogusky as Content Supervisor, where she first met the Hook team collaborating on digital projects for Zune. Her addition to the Hook team signals an exciting evolution in capabilities, allowing the renowned digital company to service brands in more robust and effective ways.

“Alison’s insights and strategies have had a lasting impact on Hook’s immense growth over the past year,” notes Co-Founder and Managing Director Michael Watts. “Her guidance has been instrumental to our success as we’ve adapted our services and processes to accommodate the needs of brands more directly. As the Director of Operations, she is now empowered to apply her expertise more effectively and lead us into the brave new world of modern creative development. Also, she has the best moonwalk I’ve ever seen.”

Hook promotes Davis on the heels of numerous successful projects including the FWA-winning “Big Web Quiz” for Google Chromecast, and the highly acclaimed “Smarty Pins” for Google Maps.